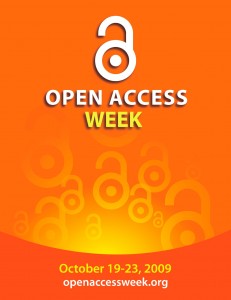 Van Wylen Library is participating in Open Access Week, which runs from October 19-23. Previously just a national day of action, the week is now an international “opportunity to broaden awareness and understanding of open access issues and express support for free, immediate, online access to the results of scholarly research,” according to the movement’s website, http://www.openaccessweek.org/.

Proponents of Open Access believe that scholarly research, particularly research that has been publicly funded, should be freely available online. Currently, many scholarly articles–the type of articles you use to write your research papers–are only available by subscription. If you’ve ever tried to access one of Hope’s databases while you’re off campus, you’ve noticed that the library website has prompted you to enter your 1Hope username and password. That’s because the library has paid a subscription fee to the journal so students can have access to it. Once you graduate, though, you lose your access to this research. These costly subscriptions also limit what else the library can do with its budget.

Open access is a complicated issue and Van Wylen Library is getting involved in a number of different ways: