Several missionary-themed archival collections were spotlighted in the latest issue of News from Hope College. Read the whole story to learn more.

DUE TO THE WEATHER THIS PROGRAM HAS BEEN CANCELLED!

The Holland Area Historical Society will host a program titled “Travel Back in Time to the Ottawa Beach Hotel” on Tuesday, November 12 at 7:30 p.m. The presentation will be held in the Winants Auditorium, Graves Hall, Hope College, Holland, Michigan.

College campus. The public is invited, and admission is free.

The Ottawa Beach Hotel began as merely a destination for which to sell railroad tickets and ended as one of Holland’s premier luxury hotels, serving hundreds of thousands of tourists. Join local historian Valerie van Heest as she takes us back in time to the heyday of this local landmark.

The Holland Area Historical Society sponsors historically themed programs, primarily concerning Holland and West Michigan, monthly except during May, July, August, and January. The programs are funded through dues paid by the society’s members. Membership is paid annually, and costs $15 for individuals, $20 for families, and $10 for senior citizens and $5 for students. The society also has rates for non-profit institutions, corporations and life memberships.

Additional information concerning the Holland Area Historical Society may be obtained by calling (616) 395-7798.

The Holland Area Historical Society will host a program titled “Misdeeds, Murderers, and Miscreants: Ottawa County’s Notorious Past” on Tuesday, October 8 at 7:30 p.m. The presentation will be held in the Winants Auditorium, Graves Hall, Hope College, Holland, Michigan. Winants Auditorium is located in Graves Hall at 263 College Avenue on the Hope College campus. The public is invited, and admission is free.

Ottawa County is full of stories of mysterious crimes, murders, miscreants and other dubious characters. Join Loutit District Library librarian and local historian Jeannette Weiden as we explore some of the notorious residents of Ottawa County’s past.

The Holland Area Historical Society will host a program titled “The Arts and Crafts Furniture of the Charles Limbert Company” on Tuesday, September 10 at 7:30 p.m. The presentation will be held in the Winants Auditorium, Graves Hall, Hope College, Holland, Michigan. Winants Auditorium is located in Graves Hall at 263 College Avenue on the Hope College campus. The public is invited, and admission is free.

The Charles P. Limbert Company was known worldwide as a maker of quality arts and crafts furniture at the beginning of the 20th century. Join local furniture craftsman and historian Clare Heyboer as he presents the fascinating history of this company and its influence around the world. 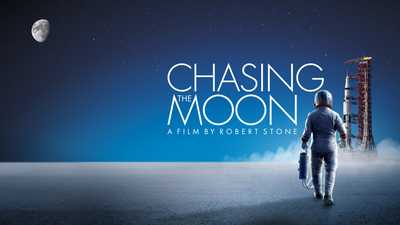 The Holland Area Historical Society will host a program titled “For Better, For Worse: Stories of the Wives of Early Pastors of the Christian Reformed Church” on Tuesday, June 11 at 7:30 p.m. The presentation will be held in the Maas Auditorium, Maas Conference Center, Hope College, Holland, Michigan. Maas Auditorium is located at 264 Columbia Avenue on the Hope College campus. The public is invited, and admission is free.

The Christian Reformed Church in North America was founded in 1857 and the lives of its pastors have been well documented, while the stories of their wives have been sadly ignored. Join historian Janet Sjaarda Sheeres as she brings the challenges of these important women to light for the first time.