Fall brings colors to the leaves, a chill in the air, and films to the Knick! Yes, the fall film series is off and running.

The Knickerbocker Theatre at Hope College is showing four films through November 11. 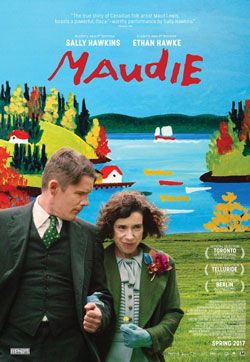 The series opens with Maudie, an Irish-Canadian biographical romantic drama, through Saturday, Sept. 16. In Nova Scotia, Maud Lewis (Sally Hawkins), who suffers from severe arthritis, is hired as a housekeeper by reclusive local fish peddler Everett Lewis (Ethan Hawke). Despite her crippled hands, Maud yearns to be independent and to live away from her overprotective family, but most of all she wants to create art. An unlikely romance blossoms between Maude and Everett as she hones her skills despite her pain and overcomes the physical challenge of juvenile rheumatoid arthritis. Eventually, she rises to become one of Canada’s premier folk artists, with paintings hanging in the White House. The film is in English. It has a running time of one hour and 55 minutes and is rated PG-13. 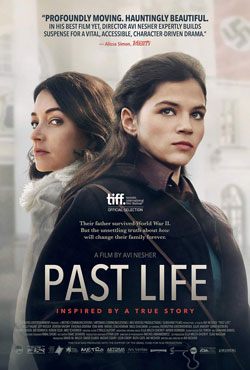 The series will feature Past Life on Monday-Saturday, Sept. 18-23. The drama/thriller depicts the pilgrimage of two sisters — Sephi Milch (Joy Rieger), an introverted talented classical musician, and Nana (Nelly Tagar), a boisterous journalist — in the late 1970s as they unwind the shocking revelation of their father’s past during the Holocaust. Meanwhile, Selphi not only must struggle with the unraveling of her family history and its possible consequences but also must compete in a male-dominated profession as she seeks to be a classical composer. The film is in English, German, Hebrew and Polish with English subtitles. It has a running time of one hour and 49 minutes and is not rated. 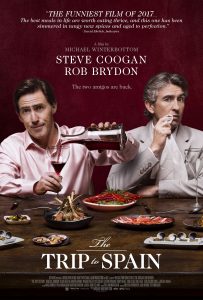 The series will continue with The Trip to Spain on Monday-Saturday, Oct. 9-14. The comedy depicts the many changes and challenges faced in middle age. British comedians Rob Brydon and Steve Coogan once again come onto the big screen, touring their way through a variety of European cities during a week-long drive filled with sightseeing and taste-bud adventures leading them to epiphanies regarding history, fame, and fatherhood. This film is in English. It has a running time of one hour and 48 minutes and is not rated. 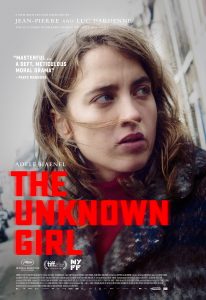 The series will end with The Unknown Girl on Monday-Saturday, Nov. 6-11. The Belgian-French drama is a searing saga of guilt and redemption. Young doctor Jenny (Adele Haenel) leaves the clinic door unanswered, and shortly after a young African woman is found dead by the side of the road. Consumed with guilt, Jenny embarks on a journey to discover who the woman was and to see to it that she is remembered. “The Unknown Girl” is both a gripping mystery and a profoundly human moral tale encompassing “no end of guilt, and just enough grace,” as said by the New York Times. The film is in French with subtitles. It has a running time of one hour and 53 minutes and is not rated.

Tickets for the individual films are $7 for regular admission and $6 for senior citizens, Hope College faculty and children. Tickets will be sold at the door but are also available in advance at the Events and Conferences Office located downtown in the Anderson-Werkman Financial Center (100 E. Eighth St.). The office is open weekdays from 9 a.m. to 5 p.m. and can be reached at (616) 395-7890.