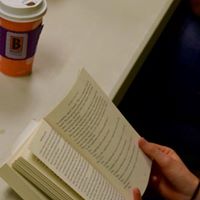 The fourth Big Read Holland Area book discussion this year took place on November 8th at Biggby Coffee. Lead by Professor Tato and the Big Read Student Committee, several Hope students as well as a high school student joined together to look at many dimensions of Danticat’s memoir.

Those in attendance had a rich discussion focused on the themes in the book such as relationships, immigration, silence, and religion. There are many facets in this story that allow the reader to look at it from many different angles. 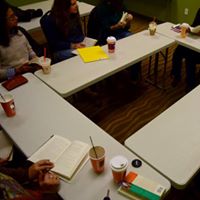 The topic of immigration was heavily discussed and the various perspectives on this controversial issue were addressed. Immigrants’ stories are not taken into consideration by Americans and border patrol when they make it to the United States. Danticat’s memoir does an excellent job of stating the issue, while also allowing the readers to add their own emotion.

This book discussion gave participants insight into the book based on other readers’ thoughts and take on the story. Participants were exposed to other perspectives that allowed them to learn more about the book and Danticat’s story.