Lately, I’ve been watching some interesting documentaries. My brain has been going crazy, craving information and stimulation via video.

Here’s a review of some of the top documentaries I’ve watched in the last week:

The Woman Who Wasn’t There 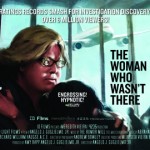 This is a fascinating and captivating documentary. Though the title is quite revealing, we initially get the story of Tania Head. She tells her story of surviving the September 11th attacks being in the second building that was hit, while working for Merrill Lynch. Her husband, devastatingly, was in the tower next to her, and was killed that day. Being thrown against a marble wall and experiencing terrible arm and back burns, Tania stayed in the hospital for quite some time. This documentary covers her involvement in survivor organizations and her enthusiasm for survivors to be thankful to be alive.

OK. So I’m not going to spoil it all for you, because the documentary does a great job of portraying this already, but the title is quite telling. TANIA wasn’t there. Actually her name isn’t even Tania….

Check it out to find out this immigrant’s desperate story to be involved in a new nation’s catastrophe. 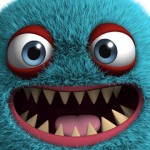 This documentary is quick, witty, and just fun. It mostly follows and profiles John Lasseter, Pixar’s current CEO. Overviewing Pixar’s history and Lasseter’s career, you learn about Steve Jobs’ acquisition of the company, Lasseter’s passion for cartoons and animation, and the overall process of developing a Pixar film. I really recommend this short, even if you’re not that thrilled with Pixar movies. Being now acquired by Disney, Pixar films will continue to evolve, and let me tell you: If you want to make some money – get into Pixar. 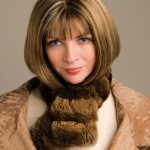 Looking for a lighter film, I jumped into the world of Anna Wintour, Vogue‘s current Editor-in-Chief. Walking through Anna’s life, her dedication, perseverance, and cutting-edge willingness to make drastic changes characterizes her career. Friends say she always had the goal of being the top of Vogue, but it took her many mistakes to get there. She became the editor of House & Garden on her way up, and guess what she did… She changed the entire format of the magazine and started putting celebrities in the photos to change the focus of each piece. This was a dramatic FAIL and the company even had to give back customer subscriptions because they were all so displeased. But this failure didn’t stop her and eventually she rose to the top.

I think the fashion industry is fascinating, mostly because I don’t understand it, so this documentary was almost a mystical continuation of my misunderstanding of what occurs. I highly recommend it. It’s also pretty short as well.

I also have watched a fair amount of strange singer documentaries, which I also find fascinating. The business side of entertainment is so predictable. Though quite fluffy and lacking information, I’ve also seen Taylor Swift’s Journey to Fearless, Justin Bieber’s Never Say Never (which apparently nobody else liked….I didn’t think it was bad), and Katy Perry’s Part of Me. If you’re looking to get an inside look of what it’s like on tour, this is the genre for you! There’s also a One Direction one… (I don’t know much about them)….So maybe i’ll have to check it out pretty soon for laughs.

Take it or leave it! But documentaries are NEVER a waste of time. LEARN LEARN LEARN.