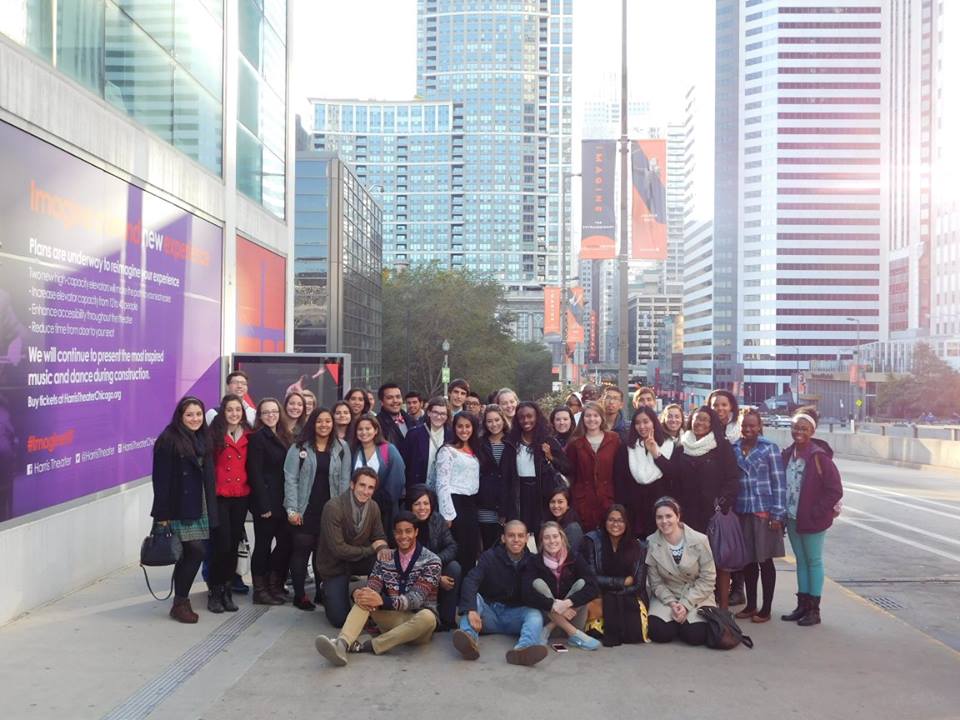 It was refreshing to be back in a city filled with tall buildings packed tightly together, traffic noises, chain restaurants, and all kinds of people. Many of the West Coast students’ attention tunnel-visioned onto the nearest Starbucks.

They dropped us off a little ways away from the Bean, a huge silver bean sculpture at the center of Millennium Park. We would usually have an hour and thirty minutes to roam the streets, but because the church service took longer than expected, we only had an hour of freedom. After the group picture, we split into smaller groups and headed out into the city.

Tips for future Chicago Trip goers: plan ahead. It was fun and my group and I were able to make it down the Magnificent Mile, a popular shopping strip, but we were only able to go to a Ghirardelli Chocolate and a Hershey’s store with a short pit stop at Starbucks. Most of the time it was rushed, and as much as I’d like to say that I had the best time ever, I wished Step 3 lasted a little longer. Rather than exploring the Magnificent Mile, I recommend checking out the park or anywhere close to the Bean.

We made it back twenty minutes late, chocolates in hand (the rest of the Scholars sniggered at as from inside the buses and our advisors shook their heads in mock disappointment). They gave us sandwiches, juice boxes, celery sticks, and carrots for dinner. Most of us stashed it away since the buffet still sat heavily in our stomachs.

By the time we reached Scott Hall, it was 9 p.m. and the long-awaited trip had officially ended.