So, it’s that time of year when housing is on everybody’s
minds, everyone is taking midterms, and people are just in need of Spring
Break. Well I was certainly feeling pretty drained from all of the stress that
surrounded me, but you know what? That went away this past weekend because one
of my best friends, Melissa, drove out to visit me. Oh, and it was two days
before my birthday, so that was great timing!

Since I live so far away from home, friends are rarely in
the area, so it’s especially nice when I am able to Skype with them and text,
but it’s even better when we are able to actually go and visit each
other. Melissa was able to visit from last Friday until Sunday morning and let
me tell you, it was a blast!!! I was finally able to introduce her to my college
friends so now she can put a face to a name because I’ve mentioned them all so
much. We were also able to just catch up, talk with our friends back at home,
and we did some other fun stuff as well!

Friday, we just hung out in my dorm for a while, but on
Saturday, Melissa was able to experience a typical weekend with me. Melissa, my
friends Cheryl and Connor and myself all went to the beach to see all of the
ice on the pier. Surprisingly, there were a lot of people there doing the exact
same thing as us, particularly because it was such a nice day. 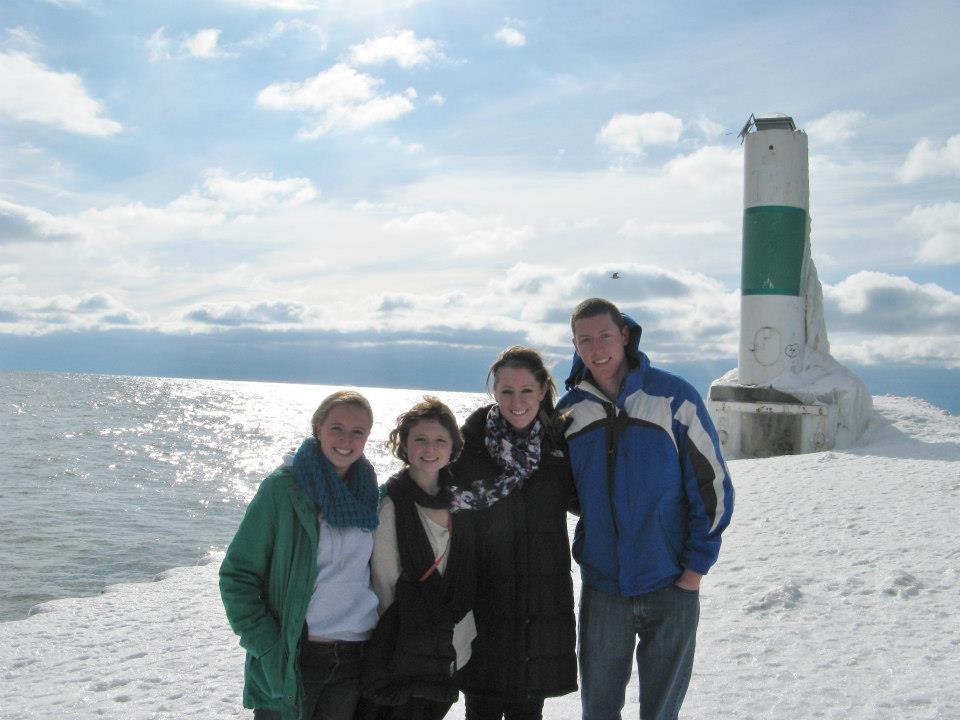 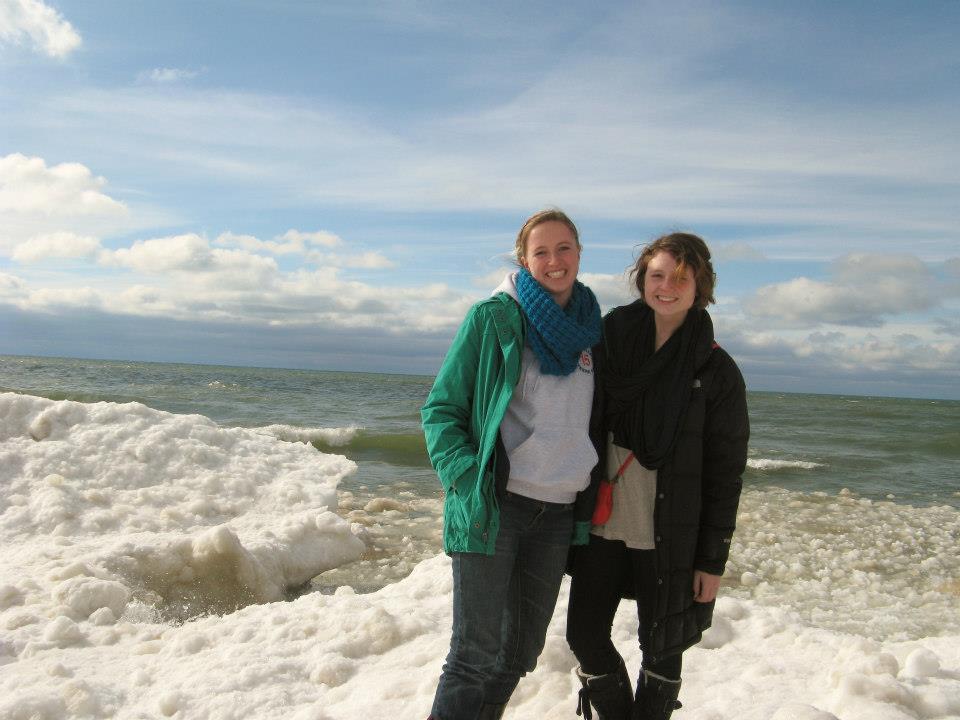 After our adventures at the beach, we went out to dinner at
Buffalo Wild Wings with Cheryl, and my friends Danny and Scott. That was
another hot-spot that day but the wait was definitely worth it! Later that
evening, a bunch of us went out to get slushies. Yes, I’m aware that it’s still
winter and a brain freeze can be obtained just walking outside, so drinking a
cold drink is not the wisest thing, but it was delicious to say the least. Once
we had finished our drinks and our tongues were a bright blue and red, we ended
the night with two hours of playing Apples to Apples. Yes, two hours. I’ve only
played that game like once or twice in my life, so after that evening, I think
I made up for about half of my childhood. 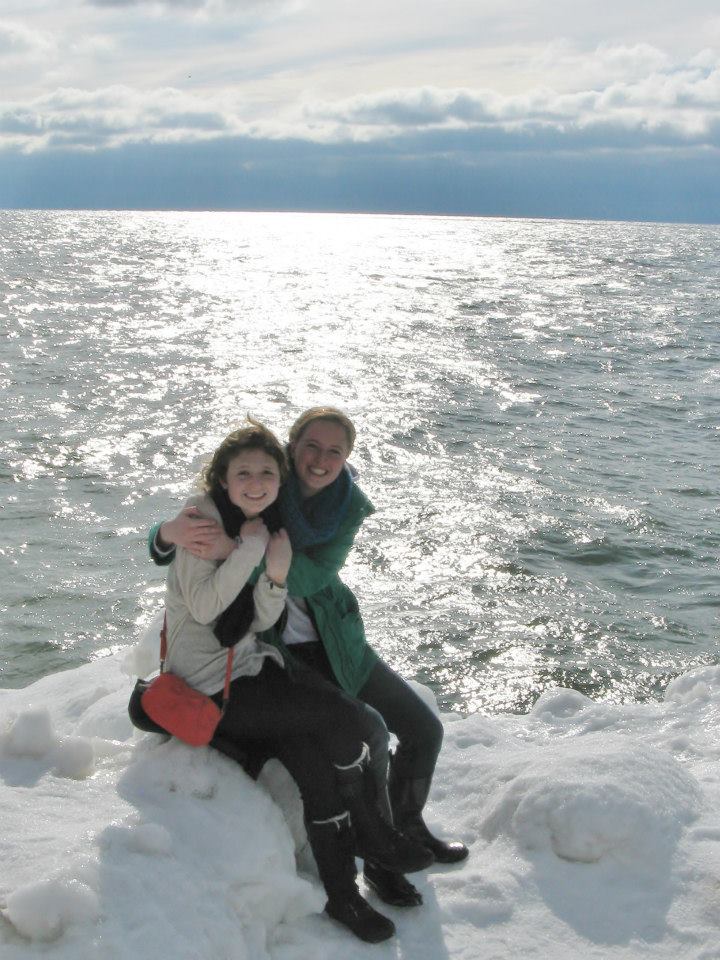 Sunday morning we went to Phelps for breakfast and got to
hang out for a few more hours until it was time for her to leave. It’s
definitely really hard to see your best friend leave, but I was so thankful and
grateful that she was able to visit me because she has never really been in
Michigan, let alone been to Hope before.

In addition to having Melissa spend the weekend at Hope, I
was able to celebrate my birthday with my friends on Monday. A bunch of them
gave me huge bear-hugs and a few got me some gifts, which was super nice. I’m
not sure if many of you have heard of Zours before, but they are a sour Mike
& Ike and are my absolute favorite candy ever! With that said, my friends
bought me nine boxes of them. I no longer have taste buds because I’ve pretty
much inhaled about three boxes at this point. Not only is it cool being twenty
years old, but having another birthday made me realize how lucky I am to have
such great friends, both from home as well as at school that truly care about
me and want me to have a great day. I am truly blessed with every single friend
I have in my life and I’m sure it will only get better with time!