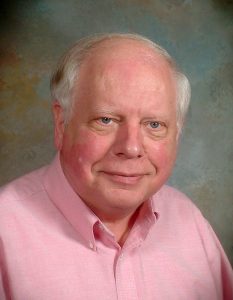 A historian can make himself unpopular by disagreeing with the oft-expressed sentiment that “Jesus is the reason for the season.” We don’t know the year of Jesus’ birth. It was probably between 4 and 6 BC. Yes, Jesus was born Before Christ.

As for the month and day, there is no historical evidence that Jesus was born on Dec. 25, not in the New Testament and not in any Christian document of the first couple of centuries AD. The earliest Christian writer to say anything about the date of Jesus’ birth is Clement of Alexandria, ca. 200 AD. He says that different churches, if they observed the birth at all, placed it anywhere from April to September. An anonymous calendar from about 250 AD says the birth of Jesus should be celebrated “on the twenty-fifth day of the ninth month.”

By the fourth century the growing church was in competition with pagan cults that focused on the winter solstice, usually around Dec. 22. The Persian god Mithra, whose cult became very popular in the early Christian era, was supposedly born on Dec. 25. Shepherds attended his birth. The Romans celebrated Saturnalia in mid- to late December. They placed greenery and candles in their homes, exchanged presents, and went to parties. Lucian of Samosata, in the late second century, says of those mid-winter celebrations, “Let no one conduct business, personal or public, during the festival, except what pertains to sports, luxurious living, and entertainment.”

Some Christians were attracted to these celebrations, so the church wanted a festival to draw them away. Easter came in the spring; everyone knew that. No one knew when Jesus was born, though, so about 350 AD the bishop of Rome decided that the church would celebrate his birth on Dec. 25. The rest, as they say, is history.

But it’s a very muddled history, as the church picked up traditions from the pagan beliefs of people who were brought into Christianity without entirely giving up their old practices. The Germans gave us trees with lights (“O, Tannenbaum”). Saint Nicholas gradually evolved from stories about a kindly bishop in modern-day Turkey. The Magi became a trio because early Christian artists needed one man to carry the gold, another to carry the frankincense, and one more to carry the myrrh. We have no idea how many there actually were—only that there were two or more. And we certainly don’t know their names, which were attached to them only several centuries later.

All of this is not to say that the Gospel accounts of Jesus’ birth are unreliable. It’s just to remind us that a lot of what we think we know about Christmas doesn’t come from the Bible at all. The “season” had lots of reasons long before Jesus’ birth.