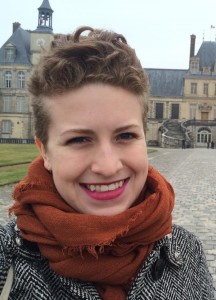 As a History and French major with a special interest in French history I was over the moon to take French history courses taught in Paris during my year abroad!

I expected to learn loads in the classroom and by visiting historical places. I however never expected I would take part in history. Never did I imagine I would be there for an event that people ask “Where you where when you heard?” I’m talking about the terrorist attacks on the 13th of November.

I was at Café du Marche in the Marais, a mile from the Bataclan. A distance that becomes very short when no one knows what exactly is going on.

Unsurprisingly it was an emotional experience for me. I love France and to have French citizens hurt like that made me angry, but I was also scared because this was a random attack. That is to say these people had done nothing in particular against ISIS, besides living freely. Parisians were all faced with the realization that there was nothing we could do to protect ourselves in the future.

Any sort of intercultural preparation you’ve had in the past doesn’t prepares you to experience an event like this. Not only are you trying to process the depths of this evil, but you’re trying to do so through a cultural filter. The French were reporting this event through their cultural lens. A lot of culture comes from history and shared experiences. While I don’t have many shared experiences, I do have a solid grasp of their history and that was enormously helpful for me. The post-attack experience wasn’t easy, but I could at least understand how we had gotten here.

Among other areas, I’m interested in the rather troubled religious history of France. In part because I have ancestors that fled France in the late 17th century due to religious persecution and personally as a Christian wishing to move there in the future. Many events played a roll in shaping the religious climate of today in France, but here are a few of the main ones.

In 1517 Martin Luther nailed his 95 thesis to the church door, and less than 50 years later the French Catholics and Protestants were already at war with each other. The French Wars of Religion (1562-1598) proved to be a very bloody conflict and was finally ended by the newly crowned Henri IV, a protestant turned catholic king.

The Edict of Nantes created in 1598 allowed for protestants to worship freely. This edict lasted until 1685, when Louis XIV revoked it. This created a period of renewed conflict as protestants were forced either to convert or flee, in both cases losing property and social standing. It was during this period when my ancestors fled to what would become Germany.

The next important event was the French Revolution in 1789, which fueled by Enlightenment thinking and a distrust of the monarchy-backed Church, created the beginning of French state secularism. In 1905 this state secularism was formalized with the law of December 9, 1905, where religion was put strictly in the private sphere. This means that in any government building, including public schools, you cannot wear anything that identifies you as Christian, Muslim, Jewish, etc. After the deportation of French Jews during the second World War this law applied even more strictly.

The law of December 9, 1905 was born out of the desire to make everyone equal, by doing away with outward features. What I saw after the attacks was a floundering of the French public. Their secularism had failed. Some the attackers were French and they had attacked other French in the name of religion.

A few weeks later during Hanukkah and Christmas military men guarded the entrances of houses of worship. In short, following the attacks, the government now had to protect the divisions they claim don’t really exist or matter. In my humble opinion, strict secularism doesn’t work because it fails to realize for genuinely religious people, religion is all consuming, it doesn’t just exist at home.

As France continues to adjust to the new threat of terrorism and influx of Muslim refugees it will be interesting to see how the French public react and how the question of separation of religion and the state continues to be answered.

After the attacks I had a new answer to the age old question “What will you do with your history degree?”. My response: You will know the complex and often centuries old history behind today’s conflicts. By knowing, you will understand the event on a more in-depth level, which makes you an overall more engaged and productive member of society.