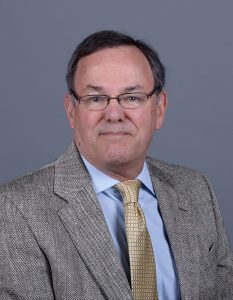 Historians don’t create information: they read what’s handed to them, or rather what they can discover that was created by people in the past. Often, one bit of information contradicts another, and the historian is forced to compare and then choose between them, or ascertain which data are the truest, or construct a narrative from the disparate, contradictory bits. Beginning with our undergraduate years, we do this over and over until what begins as a method of analysis becomes second nature to us. We use it when we engage in scholarship, but also in our lives as citizens when we read newspapers, listen to speeches or watch television news reports. The world calls it critical thinking; historians call it being a thoughtful historian.

Now, imagine yourself as head of HR in a company, or the owner of a small business, or perhaps a dean employed at a prestigious small college in the Midwest. When you’re not signing forms, most of your time is spent doing precisely what the historian does. Hence my thesis (which, by the way, probably should have appeared in the previous paragraph): the best training for someone who is an administrator is—trumpet flourish here—history!

My argument is rather simple. In any workplace setting where one is called upon to make decisions—involving two people whose stories challenge each other, or two options presented to you either of which, if implemented, will make someone angry—the historian’s method kicks in. It’s not so much that we’re perpetually skeptical—which I would argue is an unhelpful attitude—but perpetually curious, inquisitive and aware that most contexts are characterized by complexity rather than simplicity. Therefore, when we’re in this analytical moment, our minds go to, “Hmmm. I wonder.” We begin to turn things over, to step back from the context, to seek antecedents, and to compare the situation with others we have encountered in the past. Only then are we prepared to decide.

Complimenting curiosity is another attitude engendered by the historian’s habit of thinking—empathy.  This can be understood as looking out at the world through the eyes of the other person. I like this, from Harper Lee’s To Kill a Mockingbird: “You never really understand a person until you consider things from his point of view … Until you climb inside of his skin and walk around in it.” As I recall, other than in the history seminar I never explicitly encouraged students to try to be empathetic. But in an exit interview a colleague and I did with a history major he stated that’s what the history major did for him, which made me realize we had encouraged empathy without ever naming it as such.

In the year I spent as Dean for the Arts and Humanities I relied on my training as an historian almost every day on the job. I had to apply curiosity and empathy to make wise decisions. I had to read documents against each other, likewise with colleagues’ narratives. Being an historian doesn’t guarantee that you’ll get all those decisions right, but I don’t know how administrators without the training historians receive engage the problem-solving process well.

Majoring in history is not for the weak of heart. But neither is the world of work, or for that matter, life.

Marc Baer taught in Hope’s History department for 33 years, serving as chair for the last 6. He then served as the college’s interim Dean for Arts and Humanities for 13 months, retiring for good in June 2017.