This post is an appetizer for Dr. Gruenler’s upcoming public talk in the Fried Hemenway Auditorium on Thursday, Jan. 24 from 3:30-4:30pm! 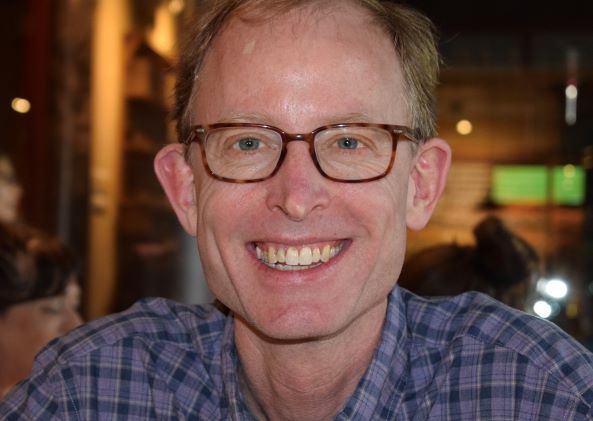 The best thing about teaching at Hope, and in its English department, has been friendships with colleagues and students. Recently I’ve been thinking that friendship is not just icing on the educational cake, but an essential part of how we come to know what is true. The connection between friendship and knowledge defines the liberal arts at their best, and comes to the fore in the study of literature.

All knowledge we have words for comes from culture—that is, from relationships (something I learned from literary theory). None of us would learn anything without our parents and others spending time showing us the world and teaching us things like language. The question then is: what kind of relationships best enable us to cultivate knowledge that is true?

Friendship is our richest traditional way of talking about shared truth-seeking. Our most freely chosen kind of relationship, friendship brings to full flower our uniquely human capacities for shared attention and desire. As C. S. Lewis puts it in The Four Loves, “Lovers are normally face to face, absorbed in each other; friends, side by side, absorbed in some common interest.”

The stronger the common interest, the stronger the potential for shared discovery—and for rivalry. Friendship, then, also means avoiding rivalry; both Plato and Aristotle cite the adage “friends have all things in common.” For Aristotle in the Nicomachean Ethics, complete friendship, rather than mere friendship of pleasure or utility, requires making the shared object of desire the welfare of the other. Jesus himself, in John 15, invokes perhaps the Greek definition—or just the universal experience of friendship when he says to his disciples, “Greater love has no one than this, to lay down one’s life for one’s friends.”

Christ’s next words in John 15 make an extraordinary claim that links friendship to knowledge: “I no longer call you servants, because the servant does not know what the master is doing; but I have called you friends, because I have made known to you everything I have learned from the Father.” Not only does friendship depend on shared knowledge, this sharing somehow extends as far as participation in the understanding between the Son and the Father.

Pursuing knowledge together fuels friendship because knowledge is an infinite object that transcends rivalry. Friendship pulls us out of ourselves through loving attention to an infinitely meaningful other, with whom we can share expanding knowledge of the world.

For all his wizardry, Gandalf’s most crucial knowledge comes from loving interest in all the creatures of Middle Earth, even those silly hobbits. Saruman, on the other hand, gets so caught up in rivalry for power with Sauron that he ends up deluded and alone—a contrast echoed by J. K. Rowling in the friendly insight of Dumbledore vs. the power-hungry mastery of Voldemort.

Like talking with a friend, reading literature takes you deep inside a perspective on the world, often taking you into another world entirely. In many of these worlds, we get excellent models of what friendship can look like. I don’t think it is possible to overestimate the value of reading literature for building the empathy and imagination needed to cross distances between people. We go back and forth between books we love and friends we love, each deepening our engagement with the other.

Of course, friendship’s common interests and knowledge also run the risk of exclusivity. As Lewis writes, “From the innocent and necessary act of excluding to the spirit of exclusiveness is an easy step; and thence to the degrading pleasure of exclusiveness.” Exclusiveness is always the quick and easy way to strengthen bonds with others—temporarily, and at the cost of narrowed perspective. Yet friendship can also be a means of overcoming the pull toward exclusion and scapegoating. Friendship becomes the most powerful engine of learning when two are open to the inclusion of a third, especially the other whom they would be most tempted to exclude.

The liberal arts are founded on friendship. Lewis again: “Mathematics effectively began when a few Greek friends got together to talk about numbers and lines and angles.” Something similar must have happened with the origins of the literary arts: friends talking about the works of Homer and Hesiod, Pindar and Aeschylus. All the academic disciplines have stories like this. Each sets up paths for new learners to join a community of knowledge, and discoveries flow from adding new perspectives to an ongoing conversation.

In the humanities, the books we read become a third that we work to integrate into our relationships with each other. In my teaching, I bring into the classroom a relationship with books I have studied for a long time, or sometimes just met, and invite students into the friendship. Literary texts, more than the objects of other disciplines, are themselves like friends, able to join us to an ever-expanding community of knowledge that goes back to the dawn of literacy and extends across the globe.