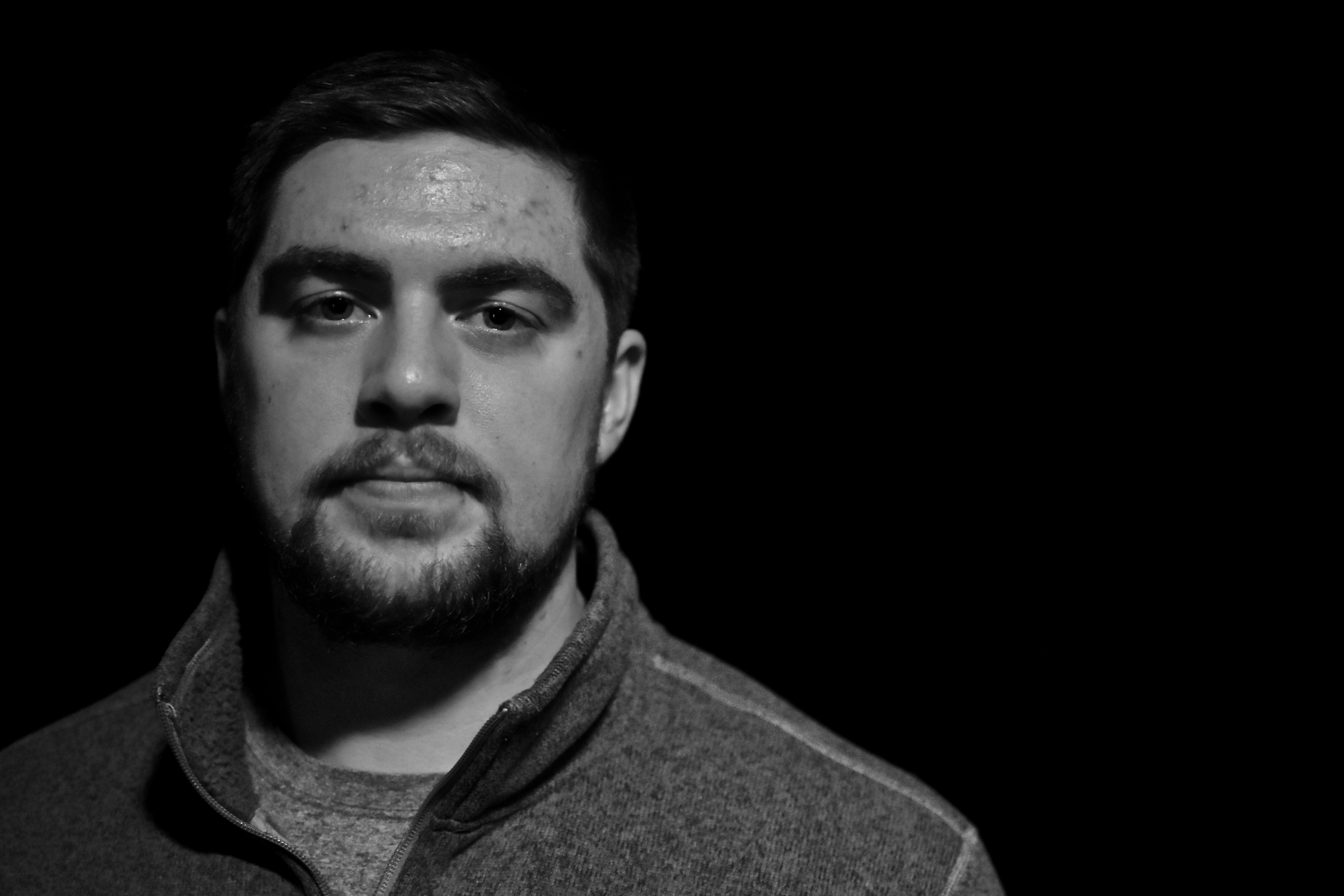 My name is Jake Kozlowski. I am a senior business major from Lake Geneva, Wisconsin, and a tight end on the football team for Hope College. After reading the previous Athlete’s Journals and sharing my story with others, we agreed mine would be an impactful addition to the already inspiring stories you have read before. So with that said, here we go:

On July 1st, 2017, my world was flipped upside down. Something that I had never imagined happening happened. I lost the one thing in my life that meant the most to me. My rock, my best friend… my dad. 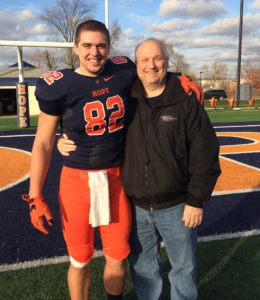 My dad was an incredible guy and an even better father. Selfless, funny, loving and passionate is how most people would describe him. He was a single father; my mom had walked out on us my senior year of high school. He did an incredible job playing both roles and providing all that he could for my sisters and me. Never missed a sporting event, pushed us to be the best versions of ourselves, he was the guy we could go to for anything. He was everything to us.

My dad unexpectedly became very sick at the beginning of the summer of 2017.  On May 31st, he woke up very weak, struggled to get out of bed and ended up in the emergency room. His first stint in the hospital was a week in the ICU. Tests discovered cancer and heart failure.  With no previous signs, it hit all of us like a freight train steam-rolling out of nowhere. He was released with prescribed follow-ups on the next steps for each diagnosis. The future was full of uncertainty.

Less than two days after driving him home from the hospital, I was shaken awake at 4:00 a.m. on night by my younger sister. “Jacob! Call 911! Dad can’t breathe!” Sure enough he was hunched over in bed struggling. His heart was giving out. He was taken from the house on a stretcher. Sitting in my car behind the ambulance, I watched as the EMTs performed CPR on him before they took off. In the emergency room, his pulse came and went. I sat there and watched as a machine breathed for him. His vitals flatlined and came back. I stared into his seemingly empty eyes as he coded numerous times.

“What do you want us to do? He is not going make it these next fifteen minutes,” the doctors asked. “I need you to save my dad,” the words just rolled out of my mouth. It was an out of body experience; I couldn’t believe what I was watching or hearing. Twenty-one years old, there I was, begging doctors to save my dad. I was put in charge of each following medical decision for him over the next couple weeks. His life, in my hands.

By the grace of God my dad, still unconscious, was stabilized enough for two helicopter transports to get him to a cardiac hospital in Milwaukee, Wisconsin, that same day. We had no guarantee he would survive the flights, but he made it, in stable but critical condition. Emergency heart surgery was needed, but his heart was so weak. Three days passed and he showed some improvement. He was able to regain consciousness, enough to be able to speak and converse with us, slowly building strength for his heart surgery planned for the following week.

But before the weekend was out, his vitals began to decline. A decision had to be made. Surgery needed to happen immediately. Sunday, June 18th 2017: Father’s Day. On that day, my dad went into an emergency heart surgery that he would never wake up from. Saturday, July 1st, after two weeks fighting on life support, a final brain scan determined there was no activity. As his medical (and financial) power of attorney, I had to make the hardest decision of my 22-year-old life, one I thankfully made with my aunt who’s a nurse. We decided Dad would be taken off of his life support. 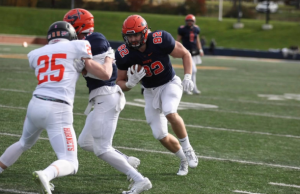 It wasn’t until the spring of the 2017-18 school year that I actually had time to reflect on the events that had transpired over the summer of 2017. Moving out of our house, returning to school and football consumed the majority of my time. It was my escape. In my senior seminar class during the spring semester, I had the opportunity to reflect and I wrote a 78-page lifeview paper on my experience and what it had taught me. Most senior seminar papers have to be 20-22 pages long; it turns out I had a lot more to say.

My dad taught me more than I have room to write in this blog post. (Which is also why my senior seminar paper was 58 pages longer than it had to be!) For example, he taught me to surround myself with good people and to always try to be a good guy. There is one lesson more, though, that I’d like to leave with you from him, and it is this:

My dad always told me his favorite word was ‘passion.’ He said it was something everyone could relate to. Everyone is passionate about something. Having a passion for something gives you your “why”. It’s what motivates you to do what you do, it gets you out of bed on the hardest days, it keeps you going when times are tough. It fuels you.

I have witnessed the extent of which the human body can be pushed, through my dad’s fight to live. His “why” was his kids. When I taped my wrists for every game and practice, I wrote “DFK,” his initials, on them with a Sharpie pen. Through a grueling practice or the heat of a game, a Coach Margritz fourth-quarter workout finisher, or just when I don’t think I have anymore left in the tank, I looked at my wrists. A reminder, a motivation. “DFK.” 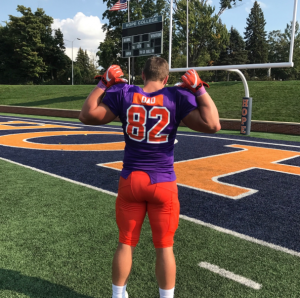 The mission of the Hope Athletes’ Journal is to provide Hope College student-athletes with a platform to express their challenges and joys in order for coaches, peers, prospective students, and fans to relate to, understand, and appreciate their stories beyond their games. This project, initiated by Stephen Binning ’19, encourages and invites Hope student-athletes to write vulnerable, principled, honest, and respectful stories that ultimately knit our college even closer together.

If you or someone you know has a story that could be shared on the Hope Athletes’ Journal, please reach out to Lindsey Engelsman (engelsman@hope.edu) or Eva Dean Folkert (folkert@hope.edu).

If you or someone you know is in need of help, here are some resources both on and off campus: