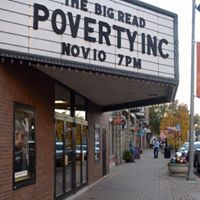 At 7pm on November 10th, students, faculty, and Holland community members filled almost every seat of the Knickerbocker Theatre for a screening of the 2014 documentary Poverty, Inc. Directed and produced by Michael Matheson Miller, Poverty, Inc. questions the impact of modern charities, foreign aid, and non-governmental organizations (NGOs) and their influence on local entrepreneurship in lesser-developed countries. 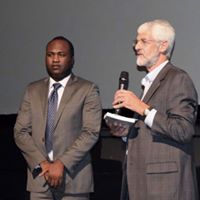 Following the screening, we were lucky enough to have Haitian entrepreneur Daniel Jean Louis discuss his experience with foreign aid in Haiti and answer questions from the audience. Louis spoke of his upbringing, saying, “Growing up in Haiti taught me about the complexity of this world…[and] I kept asking questions: why is Haiti poor, what makes poverty, and what can be done about it?” Louis continued to say that “poverty is the inability for people to maximize their potential.” He stressed that aid can create a “culture of dependency,” and that instead we need to focus on how we can help the local businesses and entrepreneurs in their own countries rather than intervening and bringing in foreign products. While Louis acknowledged that foreign aid is an immediate solution, he stressed that it hinders local businesses that produce the same products.

Several audience members asked pertinent and insightful questions that resulted in collective nods through the crowd. For example, one individual asked, “How can you help us know where to more effectively give our money?” To this, Louis 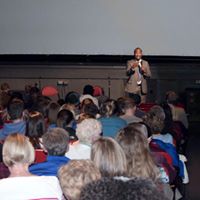 recommended doing adequate research and looking into audits and financial statements that thoroughly documents how the organization uses the money. Further, he stressed that often personal connections (such as a friend involved in an NGO) could provide further information, stating that “it’s on the education of the donor community.” Another question, asked by a high school student, was, “What would you recommend young people doing [about NGOs]?” Louis responded by once again stressing education, which seemed to be one of the big themes of the night.

As the event came to an end, many people stayed to speak with Louis, and the lobby of the Knickerbocker bustled as people continued speaking about the event. It was great to see so many individuals interested in learning more about the poverty crisis and how they can help! 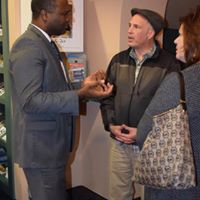