If you still have not heard about the the Pull, I’m just gonna say “Houston, we have a problem.”

The Pull is not only the oldest collegiate tradition in the States, but it is also a lifestyle. My current roommate Dani did Pull last year and this year, so I got a chance to observe the life of a Moraler and the process of the tradition. I’m sure this doesn’t make sense to you right now, that’s why I am going to call this blog “Intro to the Pull 101.” Here we go…

These are the terms you have to be familiar with:

Puller: Pullers are the people who pull the gigantic rope. Each team (Freshmen and Sophomores) has 18 pullers. It’s almost always the guys who do this but I’ve heard there have been some girls, too. It’s incredibly hard because you need to hold on to the rope for 3 hours straight and pull it when you receive the sign from your moraler.

Moraler: They are the ones who relay directions and help keep the pullers focused. If you are a puller, you wait for the signals from your moralers regarding when you are supposed to pull and when you’re supposed to rest. They keep you motivated and will be your “mama bears” throughout the 3 weeks of training.

The Anchors: They are at the very back of each team, carrying the rope that has been gained. It is normal for them to look intimidating and wear crowns.

The Rope: The whole deal about the Pull.

The River: The winning team gets to swim in the river that is in-between the rivals after the event is over.

Pits: There are 18 pits on each side for every puller. Pullers lay in these pits and take strength from the wooden side of the pit while they are pulling. One of the reasons why moralers are important is that pullers are not able to see the signs while they are laying down in these pits. Therefore, moralers are their guides throughout these 3 hours.

Pit #17: The guy standing in that pit is responsible for coiling the gained rope around the Anchor. It is known to be one of the hardest tasks.

3-hour Rule: At the end of 3 hours, Pull referees come out and take off the part of the rope that the anchors are carrying; after the measurements, they decide who the winner is. The longest Pull, held in 1977, was 3 hours and 51 minutes in duration, and was called a draw. After that the event got limited down to 3 hours.

Coaches: The freshmen are coached by the junior class, while the sophomores are instructed by the seniors. The coaching arrangement also leads to a rivalry between the even-year and odd-year classes.

Sweat, tears and blood: Three essentials of the tradition. I think biceps should be included in this because, boy, I’ve never seen so much of it. And I was a swimmer. (No offense guys)

Fun-facts on the Pull: 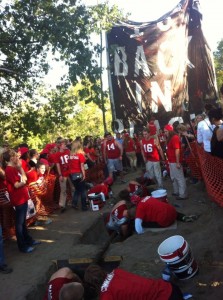 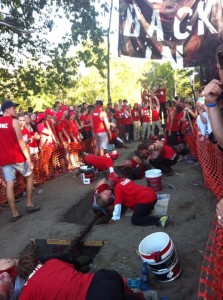 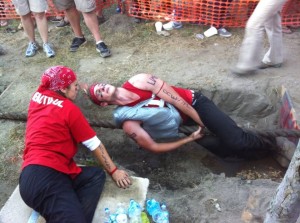 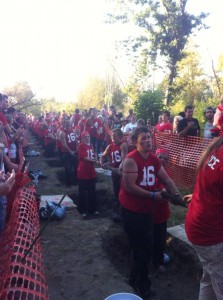 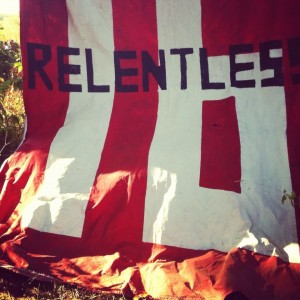 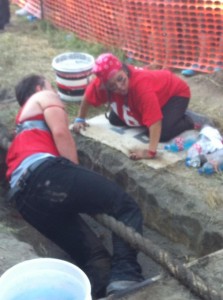 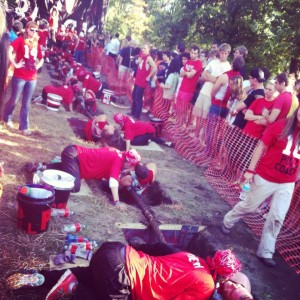 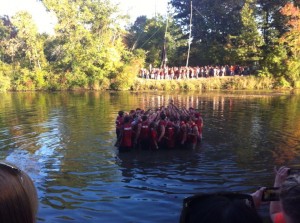