Hello again! As promised, I am back to write about the second city in Spain I visited during my week long winter break: Madrid! Madrid is quite different from Barcelona, I might say, other than the fact that they are both the biggest cities in Spain. Upon arrival, I noticed that Madrid had the busy atmosphere of a big city unlike in Barcelona, where I thought it was a bit more laid back. In Madrid, there was a lot going on with taxis, buses, cars, people coming and going (always in a hurry), and surprisingly, not a lot of tourists. I saw way more locals unlike in Barcelona, where you can easily spot the tourists.

Since we spent half of our trip in Barcelona, we were only visiting Madrid for two days, but really it was a day and a half since we arrived at night. This time around we opted to stay in a hostel, which was an interesting experience, to say the least! What I like about the hostel experience is that you get to meet people your age from all over the world! We just so happened to stay in a room with two other American students who were also studying in France! The only downside is you really don’t have any privacy when you stay in a hostel and you’re taking a risk by leaving your things behind in your room even if you rent a locker. Overall though, it saves you money so you can spend it on other things like food and cool souvenirs!

Also, the people working at the hostel gave us the best suggestions for eating/going out in Madrid, so on our first night we were able to have our first tapas experience! If you’ve never had tapas, you are seriously missing out! Tapas are basically a bunch of appetizers that you eat/share with your friends! It’s basically like eating a whole entire meal! It was so funny seeing everyone’s reactions when the waiter brought out 6 plates of food all at the same time. After the first round of plates were done, the waiter brought out more. With a drink + tapas combo, we only ended up paying 6 euros! Needless to say, we went to sleep with our stomachs full that night 🙂

The next day, we all agreed to spend our afternoon at the Museo del Prado, Spain’s leading national art museum that houses 12th century to early 19th century art. We were able to get in for free because we were students, as is the case for nearly every museum here in France. Why can’t the U.S do that for students too?! Anyway, when we got our tickets and went inside, we each wandered off on our own and planned to meet back at the main entrance. I was pretty disappointed to see that the Goya exhibition was off limits for us because we didn’t pay an extra fee! Other than that, I was glad I got to visit this museum that so many people told me to go to!

Afterwards, some of us went the Real Jardín Botanico, a botanical garden that was right next to the museum! Unfortunately, we only had about 20 minutes to go in before it closed, so it wasn’t enough time to walk through the entire garden! Here are some pictures I took: 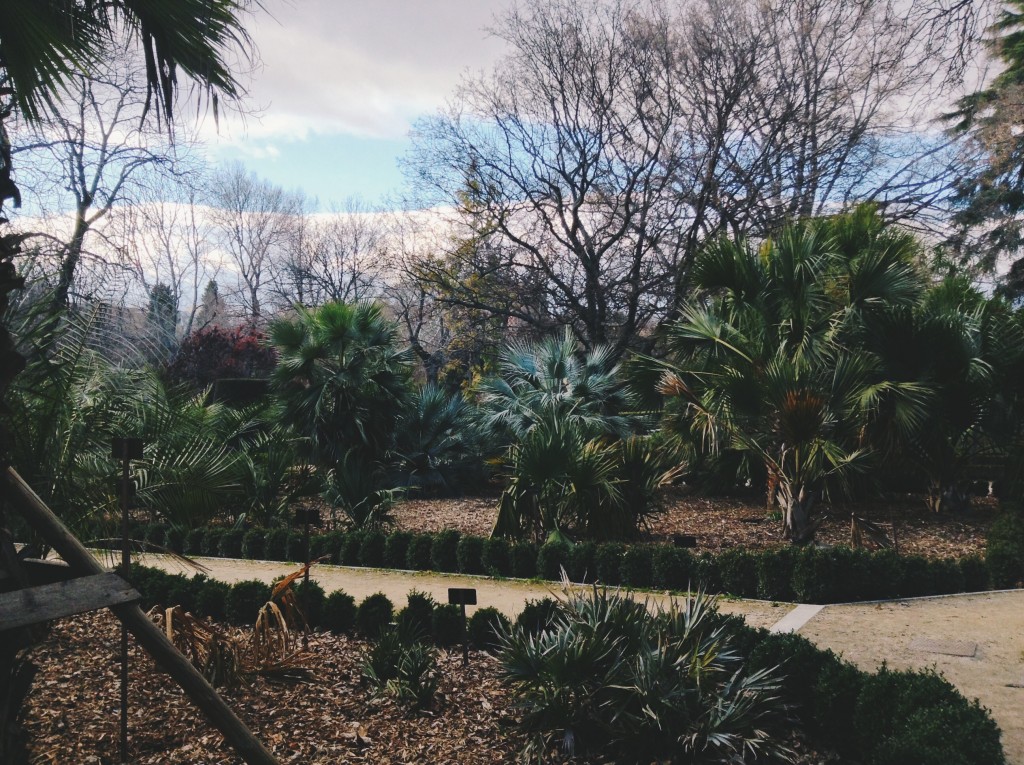 After returning back to our hostel, we packed up our things and checked out much earlier than planned because we decided to take a late bus to our next location in the south of Spain. Stay tuned for my next post to see where I ended up going!