I know I am in Morocco and it’s incredibly exciting but I would like to dedicate this blog post to Oscars. Okay? Okay. 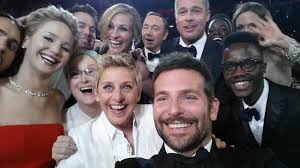 You know how you have this one guy in your Bio 121 class who naps in class and socially is not very open, but during the football season he instantly finds his mates and make friends and just keeps talking about football and football season Papa John’s deals?

That’s me, for the award season.

Until I gather enough information about Morocco which is going to be towards the end of the week I imagine, I have decided to entertain you with my Oscar comments. It is not like I am an expert on movies; to be honest I don’t take notes or rub my jaw while I watch movies.

Usually it is either I am eating pizza or chips (preferably paprika pringles – so good) so there is no way I can hold a pen… Not to mention I can’t touch my face. But it’s totally okay. Because it doesn’t take an expert to know that Leo totally deserved that Oscar… Or Christian Bale. BUT NOT MATTHEW MCCONAUGHEY FOR THE LOVE OF EVERYTHING. He thanked HIMSELF during the speech, like, what is this “who has the fattest ego” contest? Oh, for the ones who did not watch the speech, I’ll just summarize it for you: He has someone to look up to who is his future self. Thanks God for the award because it is all about gratitude and oh, not to mention he also looks up to God, too… As if… Also, McConaughey doesn’t miss this opportunity to thank his family who he looks forward to (what?). He believes his deceased father is celebrating in his pajamas and his mom who is alive, taught him to respect himself. He concludes his interesting (trying to be politically correct) speech with these words: “Amen. Alright, alright, alright. Keep on livin’.”

On the other hand, I’m so sure that Leo would give the most beautiful speech that would just show his brilliance and elegance because he is a true gentleman who got really close to Kate Winslet in the movie Titanic, but still (somehow) managed to keep it together.

I’m not bitter about it. No, really I’m fine, I just… Have something in my eye.

So except for “Best Actor in a Leading Role” spot, I think the Academy made sensible choices. Like I appreciate the fact that Lupita Nyong’o got the award because even though I know JLaw did a fantastic job in American Hustle (I’m not biased at all even though she’s my celebrity soulmate), I still think for the sake of diversity (I hate it when same people get the same awards) it was a good choice.

Here’s the full list for the Oscar winners which I, mostly, approve:

Best Actress in a Leading Role: Cate Blanchett with Blue Jasmine (fan-tas-tic performance, nothing to do with the fact that she’s my celebrity crush). Also it was really refreshing for me, as a Allen-lover, to watch a Woody Allen movie that takes place in somewhere outside of New York.

Best Directing: Gravity, Alfonso Cuaron. I mean honestly I would prefer to see American Hustle there but then again it wouldn’t be fair because Russell had all of these fantastic actors and actresses to step up the game which I think makes it easier to satisfy the audience. So yes, maybe if they were to be equally great, Cuaron would be my choice too because of the plot and how focused it is.

Best Documentary Feature: 20 Feet from Stardom. Can’t comment, haven’t seen it but Morgan Neville is in it sooo…

Best Foreign Language Film: The Great Beauty (Italy). I mean not all that wonderful, obviously it is not Amour, but it is Italy so who am I to oppose as a Florence-lover.

Best Makeup and Hairstyling: Dallas Buyers Club. no. NO NO NO NO, NO. Lone Ranger so deserved it, I don’t understand why the Academy was so obsessed with DBC.

Best Original Song: “Let It Go”, Frozen. Okay, I don’t understand. There’s Happy and there’s this. Plus it’s Despicable Me for crying out loud how do you not give an award to that movie???

Best Sound Editing: Gravity. I guess I could see that?

Best Visual Effects: Gravity. Random Fact: One of the people on the Framestore team is Turkish and he graduated from my high school in 2002. I’m kiiiiinda proud.

And last but not least, Best Oscar Host: Ellen DeGeneres. I mean okay, she bought pizza like how can she not be my favorite…

They can have their little man statues Leo, you’ve got me.