When I first wrote this post, it took me about five hours to complete and was over 5,000 words. That meant 99.99% of you would never read it, and most professors would most likely skim.

So, I scrapped my first draft, and I’m starting from the beginning.

I arrived back in Holland at 10:15am Saturday morning after a six hour flight from Anchorage to Chicago and a three hour drive from Chicago to campus following a two week trip to Alaska with a one week class in Holland to preface in order to complete my Hope College requirement of a Senior Seminar. That was a lot of logistical information I needed to include to make this post make sense, but other than logistics, it has little purpose. If you want to learn more, check out Alaska May Term: Thriving in Transitions or Hope College Senior Seminar to view course descriptions.

I’m sitting on the floor of my bedroom, glancing at my left arm. I pulled up the sleeve just a little bit and rolled my arm to the right, just so that I can see it better.

On my upper arm, I have seven freckles that align to form the Big Dipper, with one additional lone freckle off to the right: the same shape as the Alaskan flag.

As much as I would love to call that a coincidence, I believe that everything is connected.

When I stepped off of the plane in Alaska, I can tell you that a radical love was taking over my heart. It was a love that I had encountered before, but this time, I could accept it, because God’s vision meant more to me than my own will. 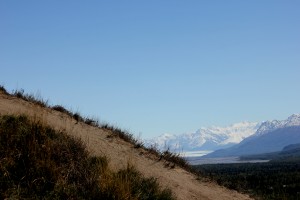 Before I left, the Lord promised me two things: 1) that He would teach me to love with real love and 2) that I would run for the first time without pain in over six years.

He is a God who is who He says He is and will do what He says He will do. I knew it, I know I did. But belief is an entirely different phenomenon.

The first morning, I woke up at 5:45am to an Alaskan morning that felt like daylight. The sun doesn’t set there in the summer.

And I ran. I ran like I was out of shape, but did not run with pain. Each time my feet hit the concrete, it felt as though they were landing on a cloud. I don’t know how far I ran, but it was farther than I ever had before. When I returned back to our campground, I was breathing heavy and at some point, I closed my eyes.

When I opened them, in front of me was the landscaping just past the entrance of the ministry, a giant message spelled out in rocks that said, “WELCOME” and a white wooden cross that stood above it.

When God’s power intersects with our potential, it becomes a collision with grace.

I broke down. I fell to my knees and I knew I didn’t deserve it, but my Savior told me I was worth it all.

The first day, God told me to take a left as I walked out of the bunkhouse door, so I did, and I walked into a brush area with thorns and weeds and poison ivy. I was thinking, “oh man, this is absolutely terrible,” but I knew it was where He wanted me to go. All of a sudden, a path opened up in front of me. I began to follow it through the woods. Then, to my left, I saw the place that He had promised.

I sat down on the log and realized that God loves to prove that He is God.

I thought a lot about where I was at that time last spring, and what the past year had held for me. It was full of challenge, but no challenge stood in the presence of heaven’s redemption. I would go into detail, but I fear I would boast in my problems, therefore diminishing the reality of grace.

I’m going to backtrack for just a moment.

I got a new phone for Christmas. And me, being my self, never re-downloaded my music library onto my phone, so for the entire six-hour flight to Alaska, I had one song playing on repeat. It was a song I bought my freshman year of high school. Dare You to Move, by Switchfoot.

There was one line that stood out to me among all the rest:

maybe redemption has stories to tell.

Before my life met Christ, I was like a tree growing upside down. The roots were growing upward into the air, and the branches were growing into the soil. Roots of a tree were never meant to be exposed to those kinds of elements.

People asked me to tell my story, and I put on an act. I talked about the good things, and I left out the bad.

I decided I didn’t want to live like that anymore.

If you just read that and think, “that’s me,” I pray that you give grace a second glance. Because in God’s mercy, He has given you a second chance.

When I chose God, He had already chosen me. He uprooted everything I thought I knew and flipped it upside-down. He took my branches, and He turned me around. My roots now grow down into His foundation of soil, and my branches reach upward toward the sky.

I can tell you my story, because God retold me mine.

And that is you, too. Your life has been redeemed. Your life is not pebbles thrown across the floor. He’s put everything together to be better than before. His power is ready to meet your potential– potential you don’t know you have– because nothing is impossible in His grace. 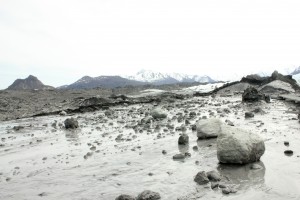 Cool, huh? I probably won’t be tweeting much throughout the summer, but I’m always still around at sophie.guetzko@hope.edu if you want to chat. Or Facebook message me, that works too. Don’t give up. Your story has just begun.

Hey, I'm Sophie. I'm a third year college student graduating a year early, in May 2016. Follow me (I'm a Leadership minor) @hopesophie17 on Twitter and Instagram, send me an email at sophie.guetzko@hope.edu-- I'd love to chat (I'm a Communication major). While on campus, I've been involved with numerous Bible Studies, The Anchor newspaper, CFL Consulting, and recently started my own t-shirt company through the CFL Incubator program. Hope to talk soon! View more posts