IES has been doing a good job keeping us busy. In the past 17 days, we’ve only had 1 day with nothing scheduled! Last weekend and the weekend before that, we’ve gone on day trips to Switzerland and the local Black Forest region.

These trips have been great for seeing the area and getting to know the other students, especially because we spent over two hours on a bus getting to Lucerne, Switzerland! Freiburg is in the “Dreiländereck“, which means “three country corner”, because it’s very close to France, Switzerland, and (of course) Germany.

Even though it was below freezing in Freiburg, there wasn’t any snow. As we drove higher into the Swiss alps, though, it got snowier and snowier, until we were in a quaint village surrounded by busy ski slopes.

We took a gondola (cable car) up the side of the mountain, then a chair lift the rest of the way. The ground was simply smooth white snow, so it blended into the thick fog, making it look like we were completely enveloped by a cloud.

From the top of the mountain, we hiked back down. The first part of the path was very steep and icy, with only a small rope to help us, but we all made it. After that, the path flattened out and was more navigable. 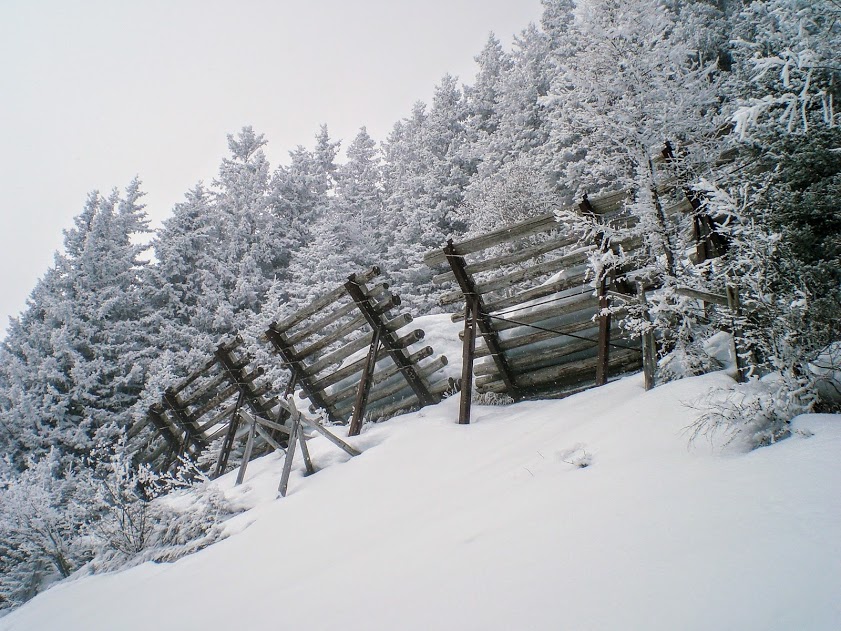 After we got to the bottom, we drove to the beautiful city of Lucerne, Switzerland! Now that we were in town, we got to hear the locals speaking Swiss German. Germany has always had many different dialects and regional variations, but since becoming a unified country, High German predominates. Today, most people middle aged or younger speak High German, and television shows, radio broadcasts, and schools almost universally use High German. Dialects are weaker today in Germany than they ever have been in the past. In Switzerland, however, the official German dialect is Swiss German, so this dialect is widely spoken today. To me, Swiss German sounds like someone speaking German with a thick Scottish accent!

One of the other major sites in Lucerne is the Lion Monument. This beautiful, tragic sculpture of a dying lion commemorates Swiss soldiers who died in the French Revolution.

On the way back from the Lion Monument, we happened to spy the top of a church and decided to head in. It was absolutely gorgeous. Flip through the album below by clicking on one of the pictures!

Europe is absolutely bursting with charming villages and towns, beautiful churches, and breathtaking natural views! These trips with IES have been a great way to meet other students and become acquainted with the region, as well as keep busy in a town where we don’t really know anyone yet. This is the first weekend that I’ve had totally free, and on Tuesday I’m headed to Berlin with other IES students.

Our classes are only Monday through Thursday every week, so we can travel for 3-day weekends every week if we want. I’m planning on doing day trips on Friday or Saturday to towns in the region, but I don’t want to be gone all weekend, every weekend- I can be a tourist any time, but this is my one chance to experience living in Freiburg, Germany, and there’s nowhere else that I can experience that other than right here!