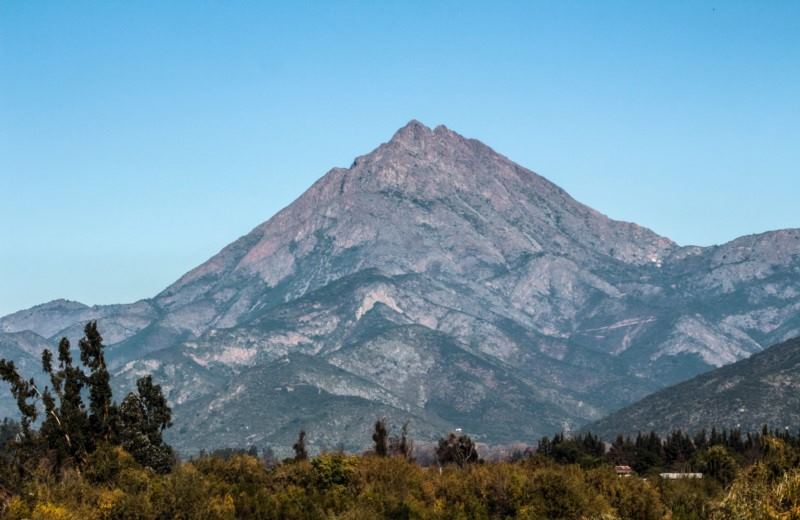 Four hours up and five hours down…

The guides say that it takes the average person 5 hours to reach the top, so why did it only take us 4? Well, please, let me explain.

Our incredibly exhausting journey began at 10:00 in the morning when we started to hike. They notified us that the first part, 3.2 miles, should take about two and a half hours to complete, but then they broke the news… “You must arrive to La Mina, the end of part one, before 12:00 p.m if you would like to continue and trek to the top”. They wished us luck, chuckled, and we doubtfully began our journey. 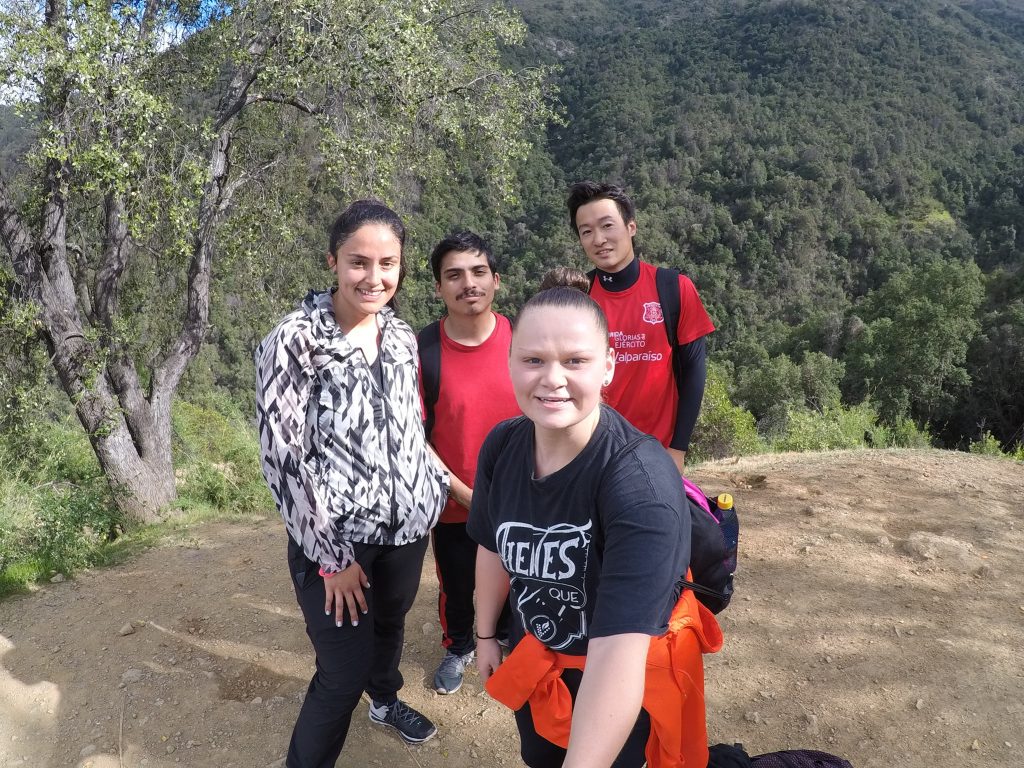 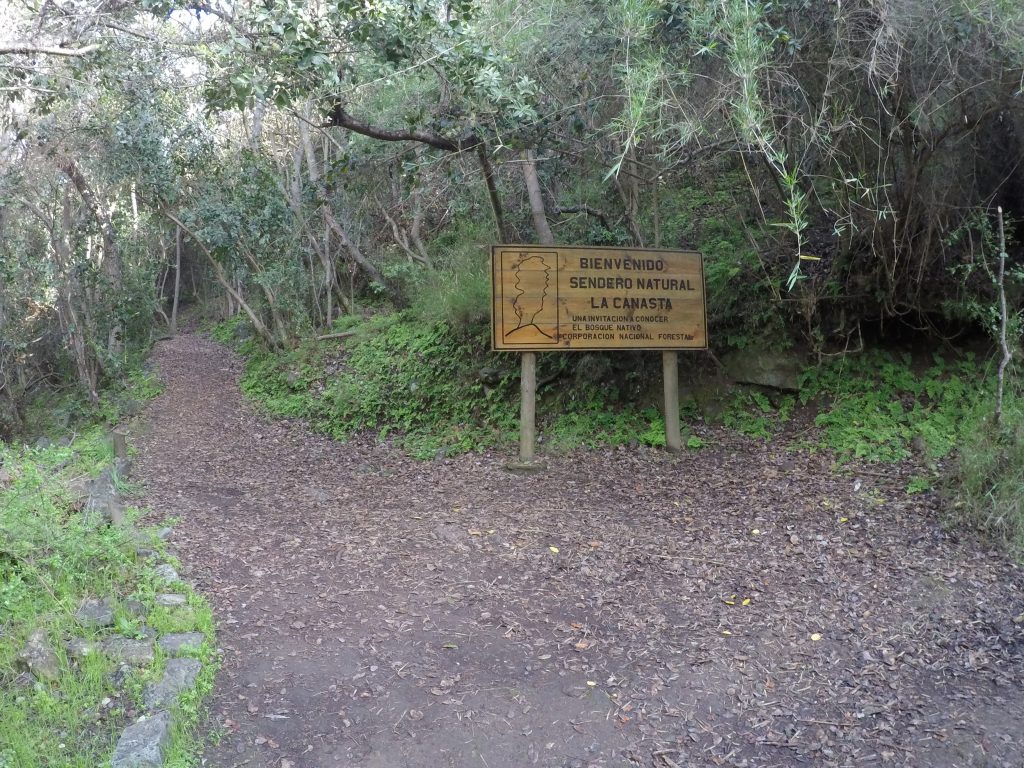 Here’s the thing. They say that the first part is the “easy” part, so when we were dying on our way to La Mina, we had no idea what was waiting for us on the second “actually hard” part. My legs began to feel like they were on fire as I took step after step, up the “easy” steep hills of dirt and jumped over the occasional large rocks blocking my path.

There was no stopping us. We had our minds set on getting to the top, so we only had one choice – we were going to do this two and half hour “easy” part of the hike in two hours. No problem at all. With essentially no rest breaks, little time to chat, and no opportunities to eat, we made our way to La Mina! And guess what time we arrived?

We were so proud of ourselves and so excited to sit, rest, breathe, drink some water, and eat a snack… but then came the next messenger of bad news (the park guards) to tell us that if we wanted to go to the top, we had to depart in that very moment. He also let us know that it typically takes two and a half hours to conquer this part, 1.25 miles, however we must begin to descend at 2:00 p.m, regardless of whether or not we make it to the top. So what did we do? We took one look at each other and in unison shouted “Vamos!” and we continued on. I looked up and began to tremble in fear, unsure of how I would ever make it to the top. The activity quickly changed from hiking to full on rock climbing, arms and all, folks. 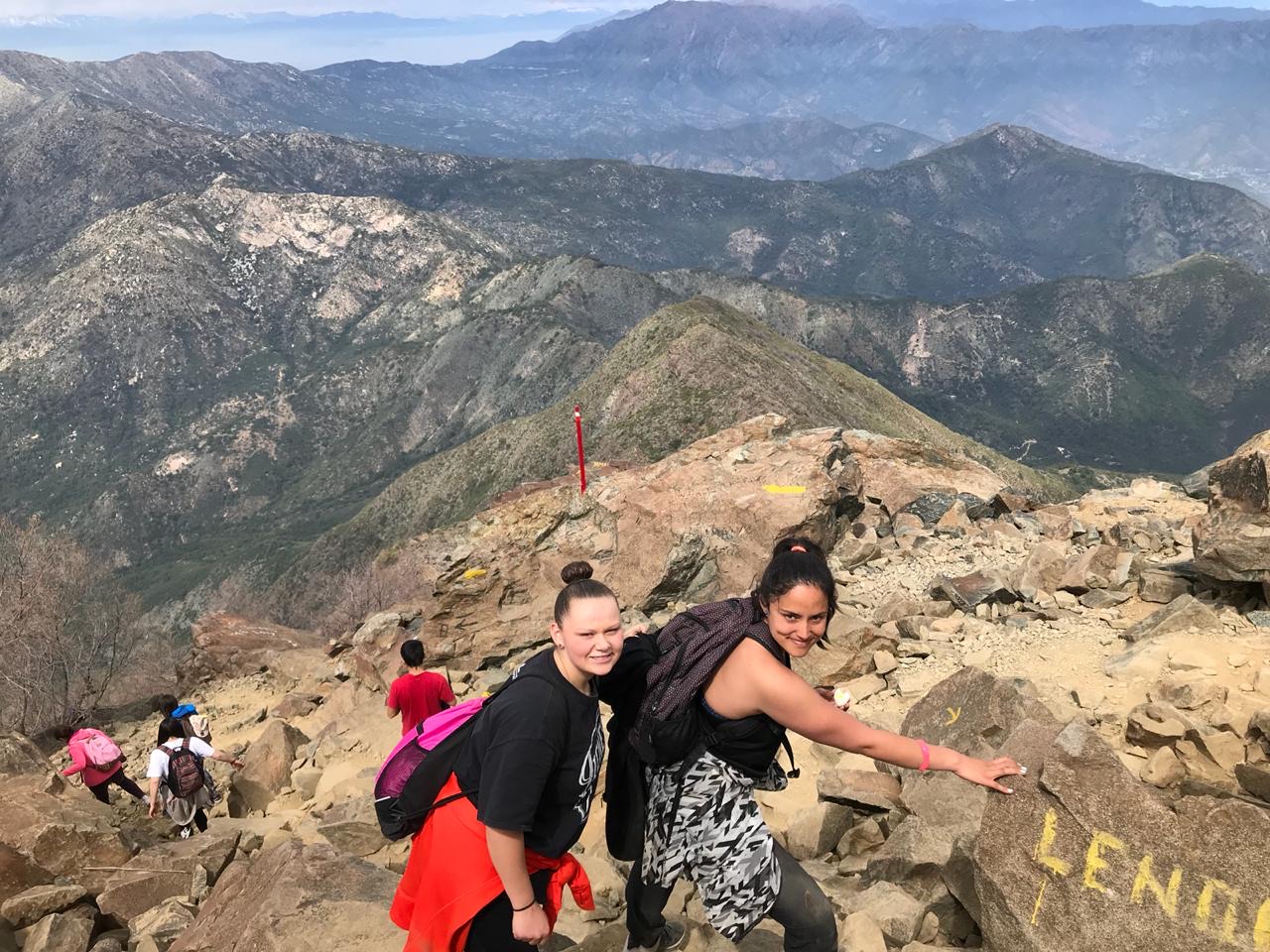 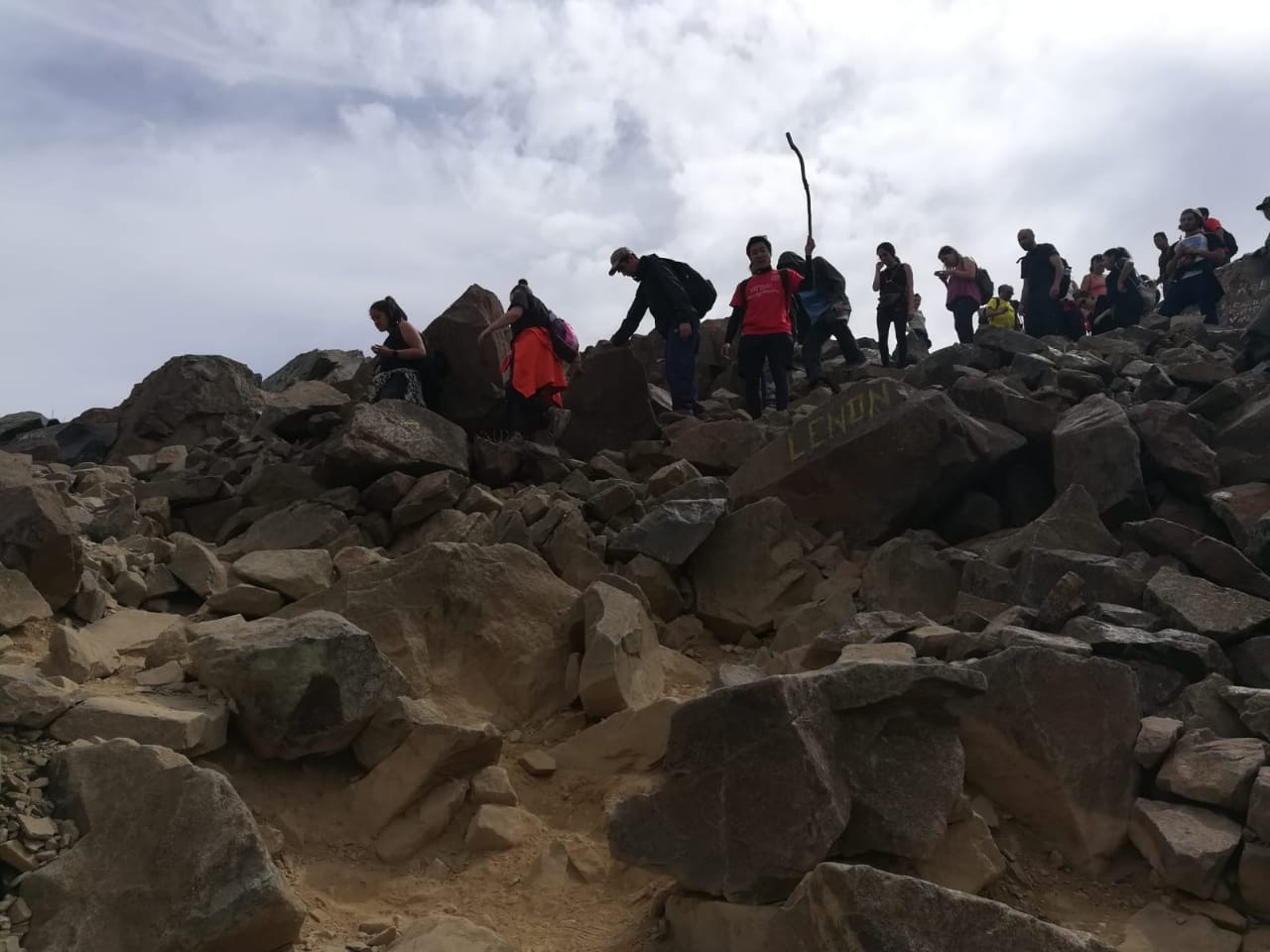 Jumping onto huge rocks and pulling our entire body weight up with our arms. Dripping with enough sweat to fill a bathtub. Balancing with our arms out like an eagle. Laughing every few seconds at how impossible the task in front of us seemed. But we persevered. 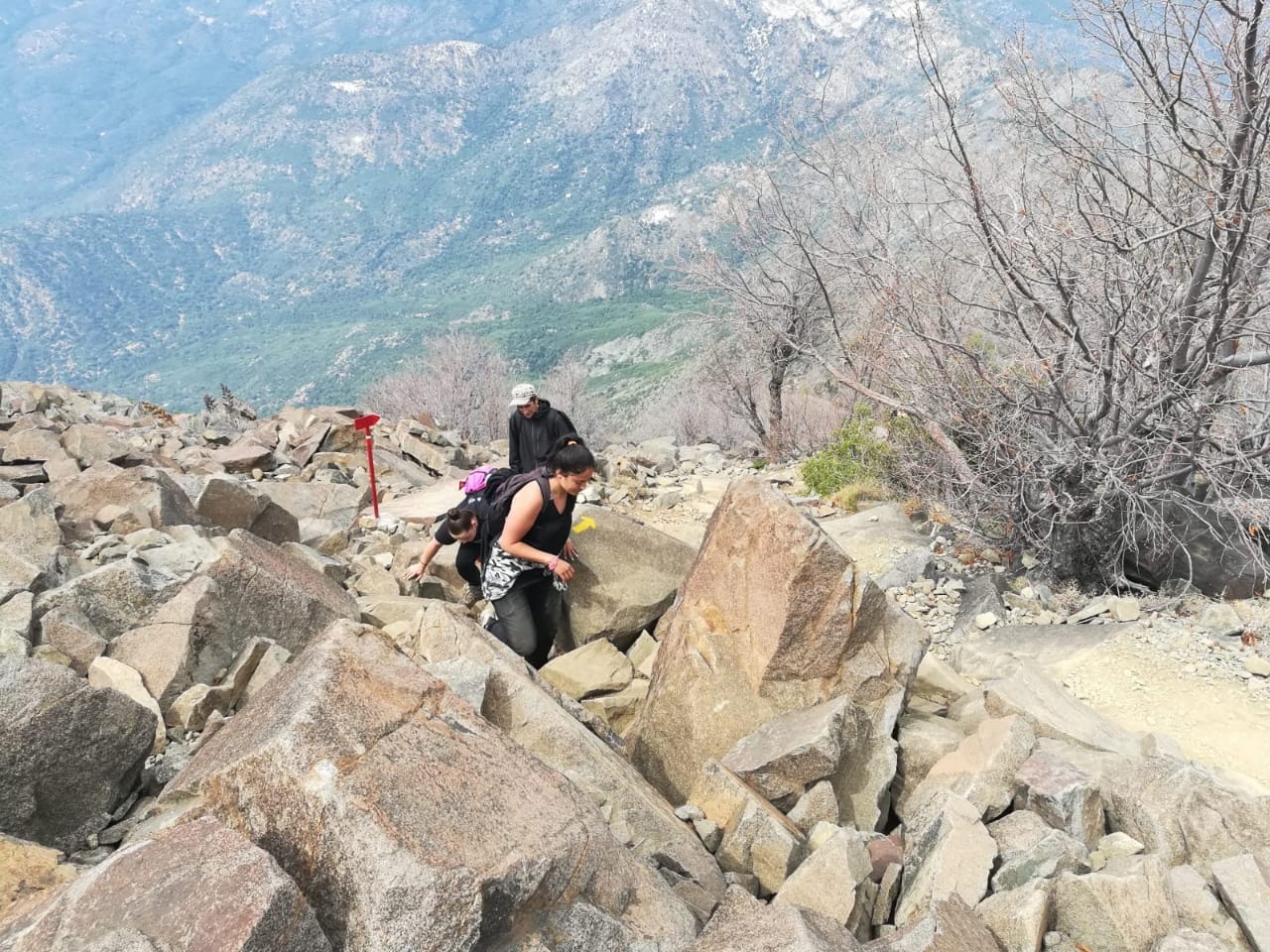 After what I thought was a broken ankle, many tears, a ton of laughter, loads of sweat, a bit of frustration, and a whole lot of perseverance, together, fashionably late (Chilean style), at 2:05 p.m we arrived at the tippy top of this 2000-meter mountain. I was greeted with an astounding panoramic view of the ginormous Andes Mountains and the glistening Pacific Ocean. I was speechless – partially because I could no longer breathe, and partially because the view I was soaking in was truly astonishing and overwhelming. 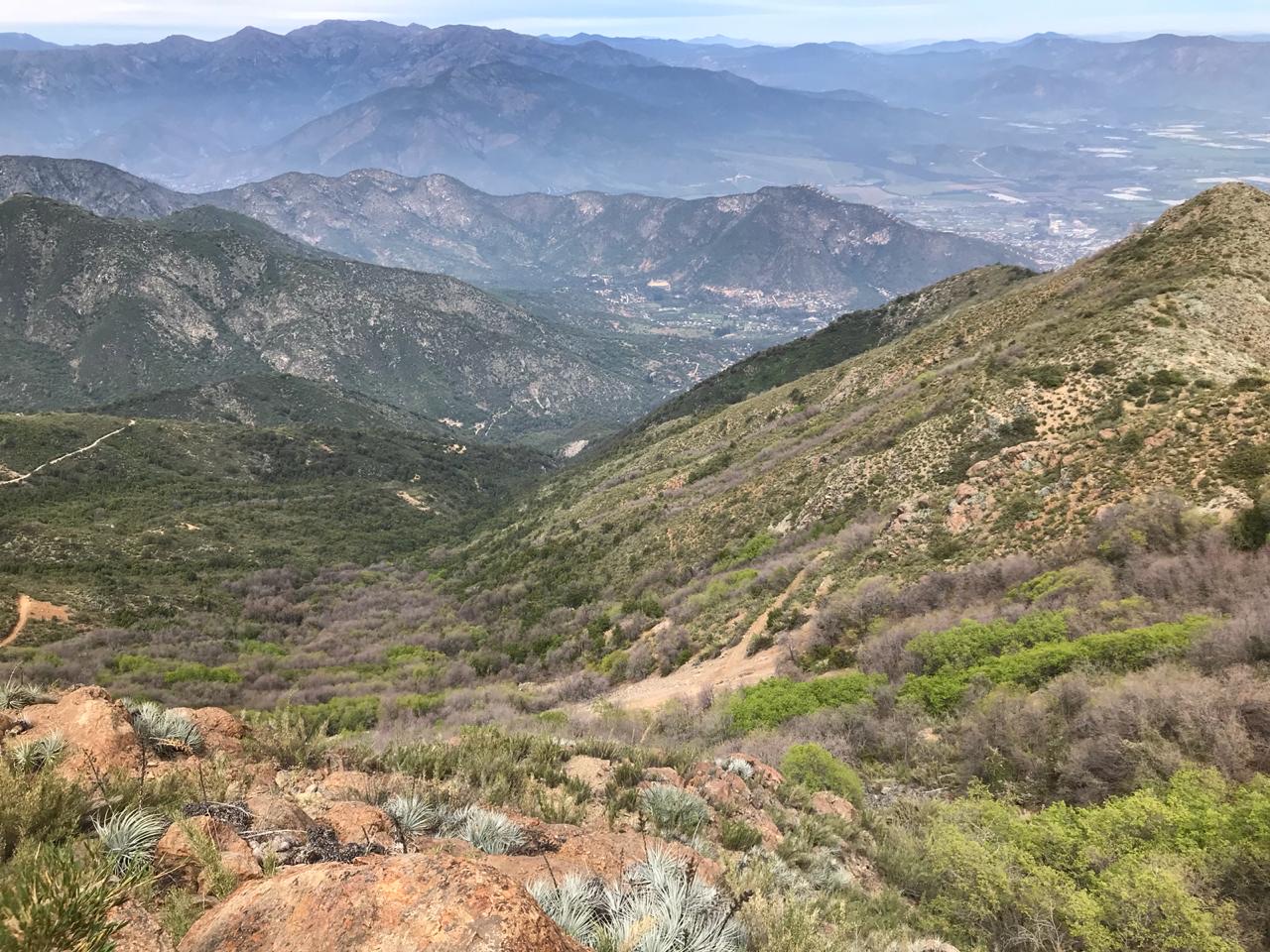 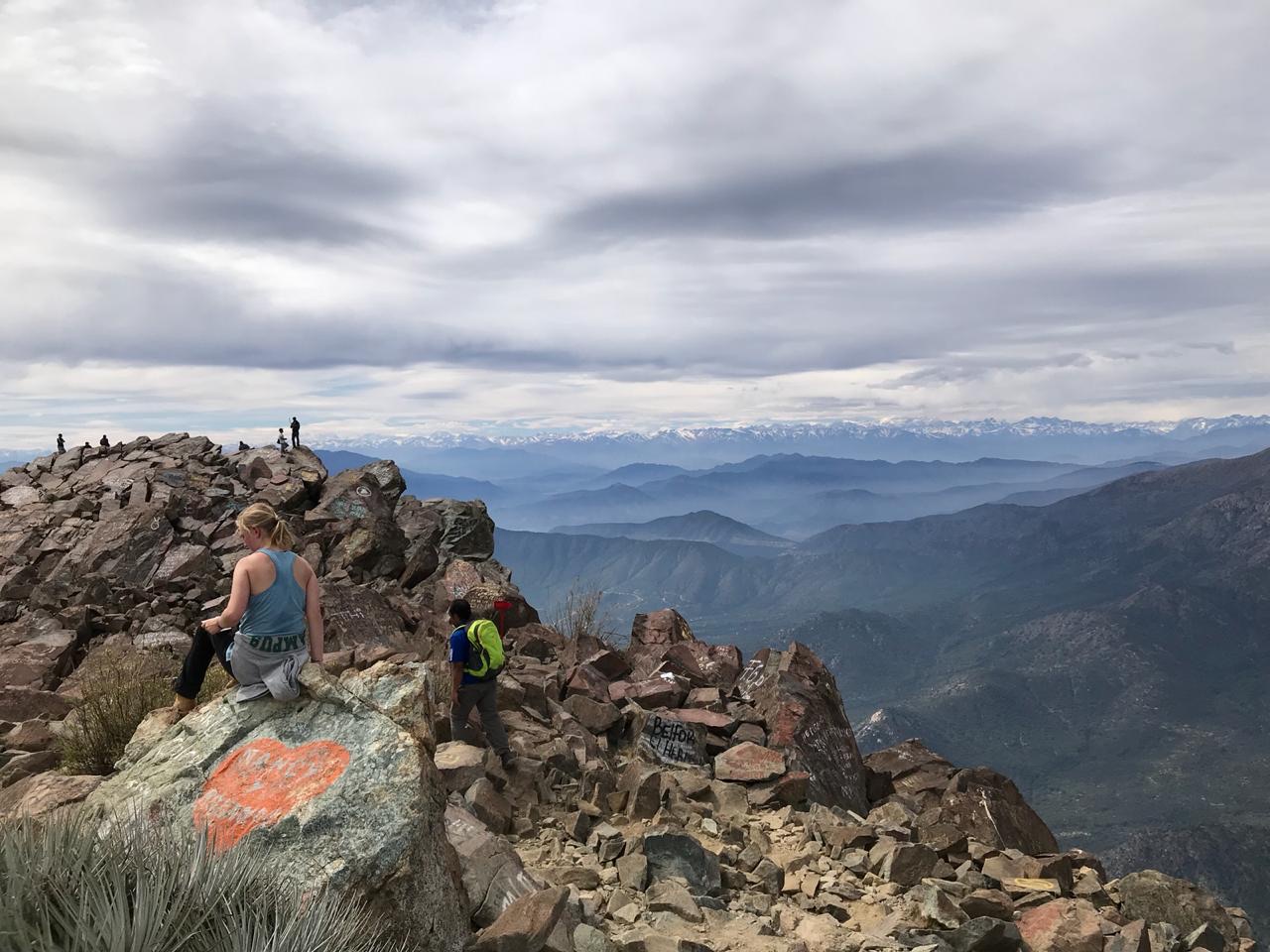 Lo logramos! (We did it!) and it was definitely worth the blood, sweat, and tears (there surprisingly wasn’t actually any blood, but sweat and tears just doesn’t sound as good). I’m still trying to wrap my mind around the beauty of this country, and my view from the top of La Campana really helped me to do just that.  Viva Chile! 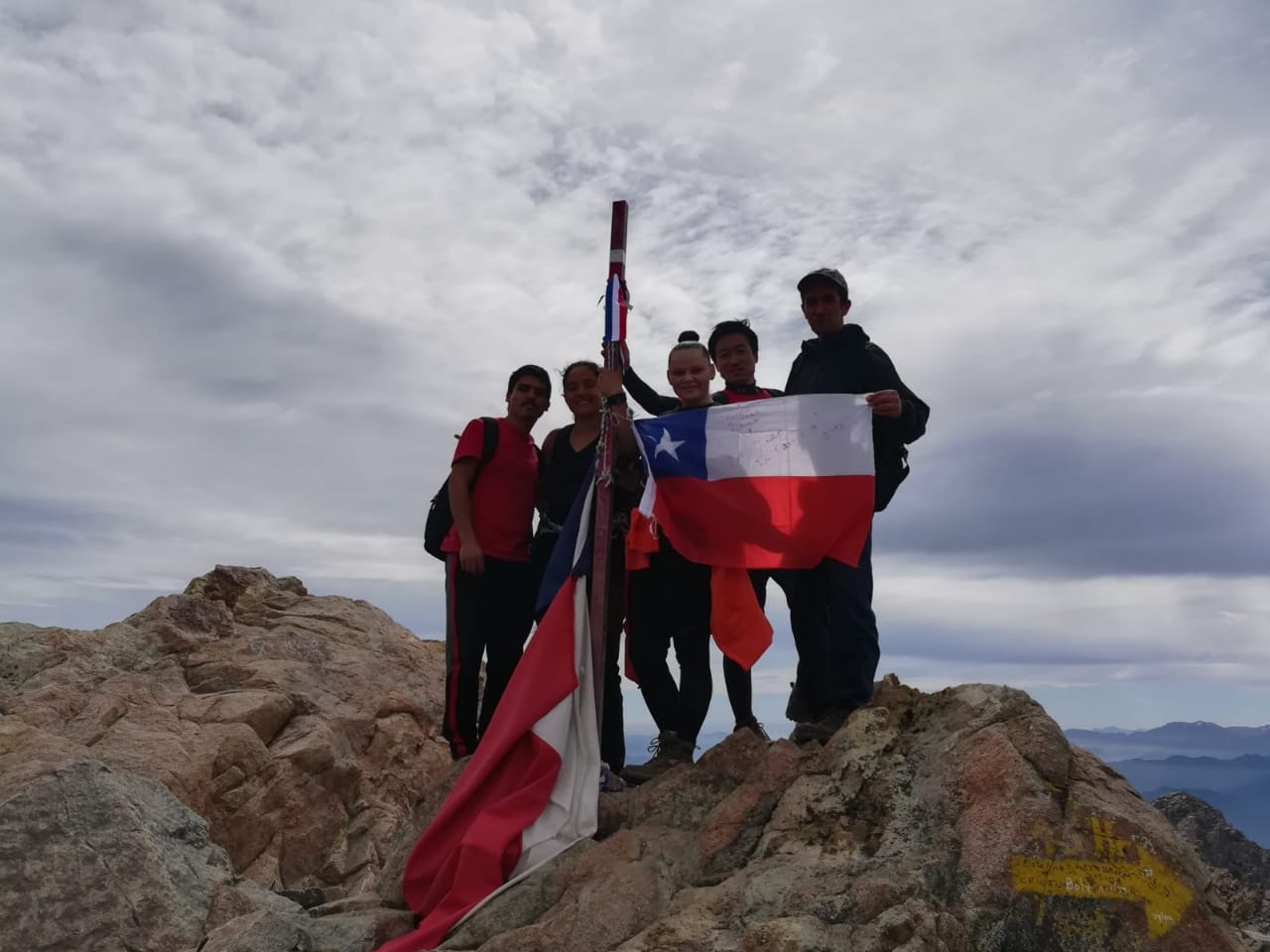 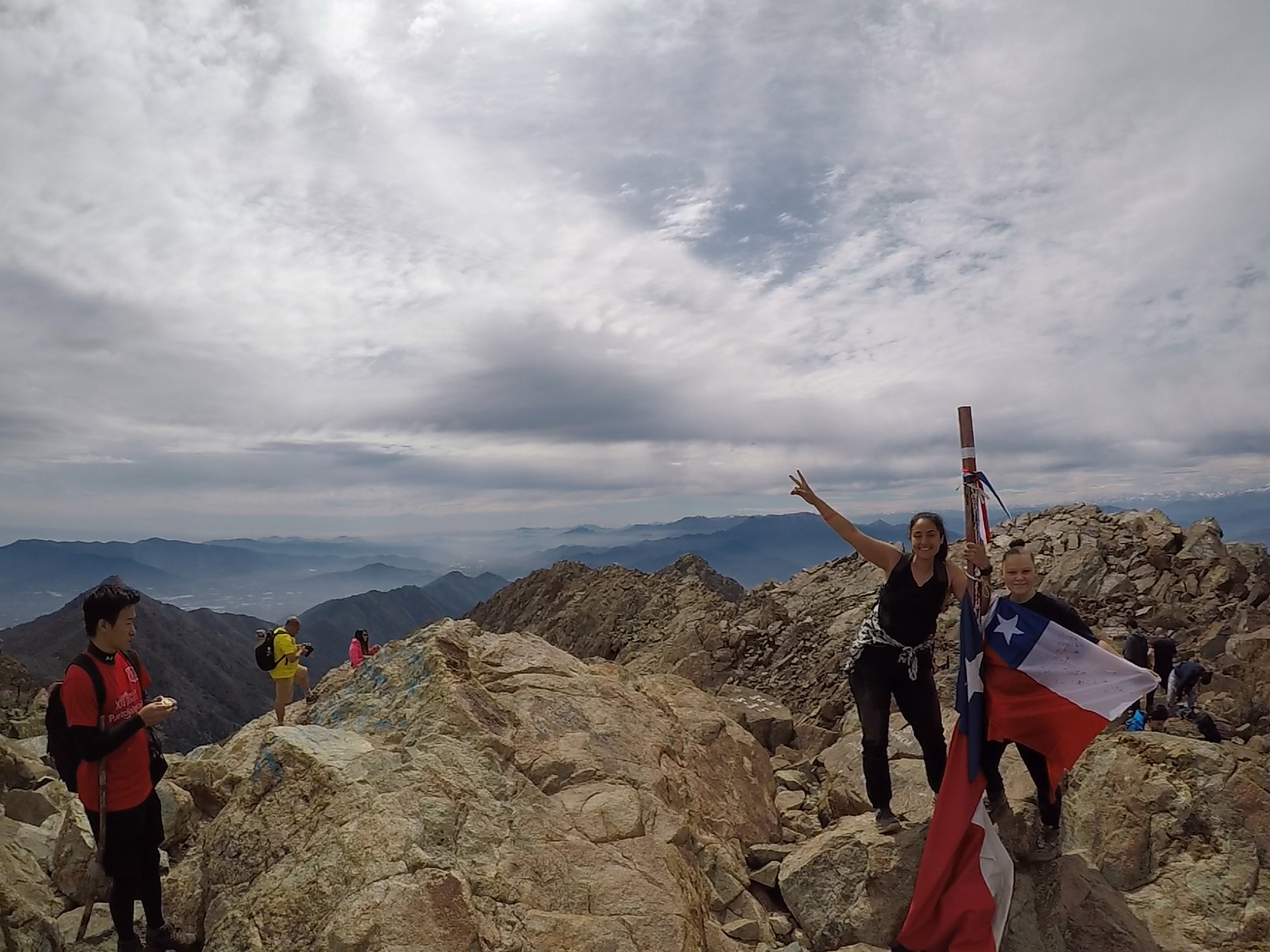 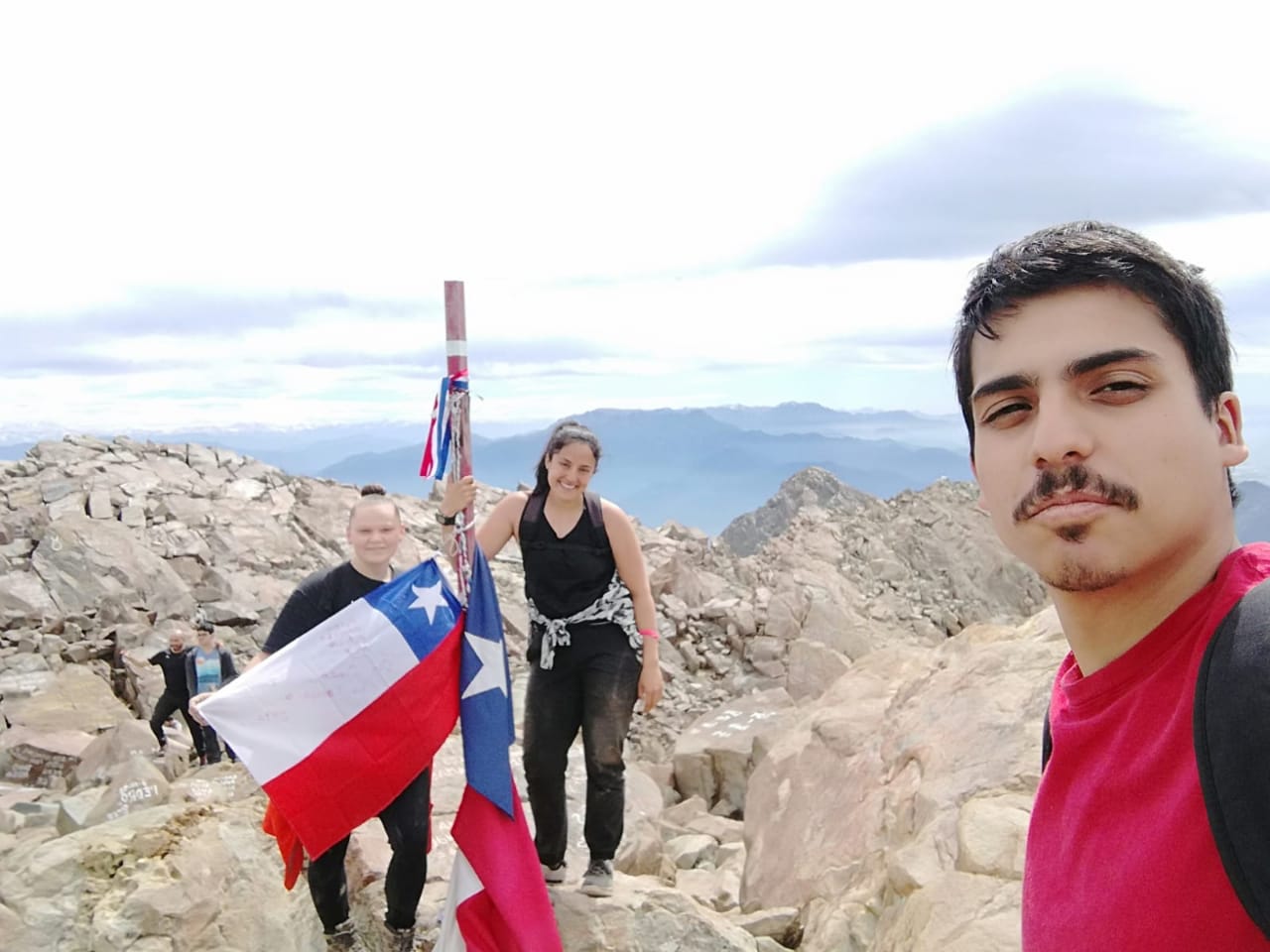