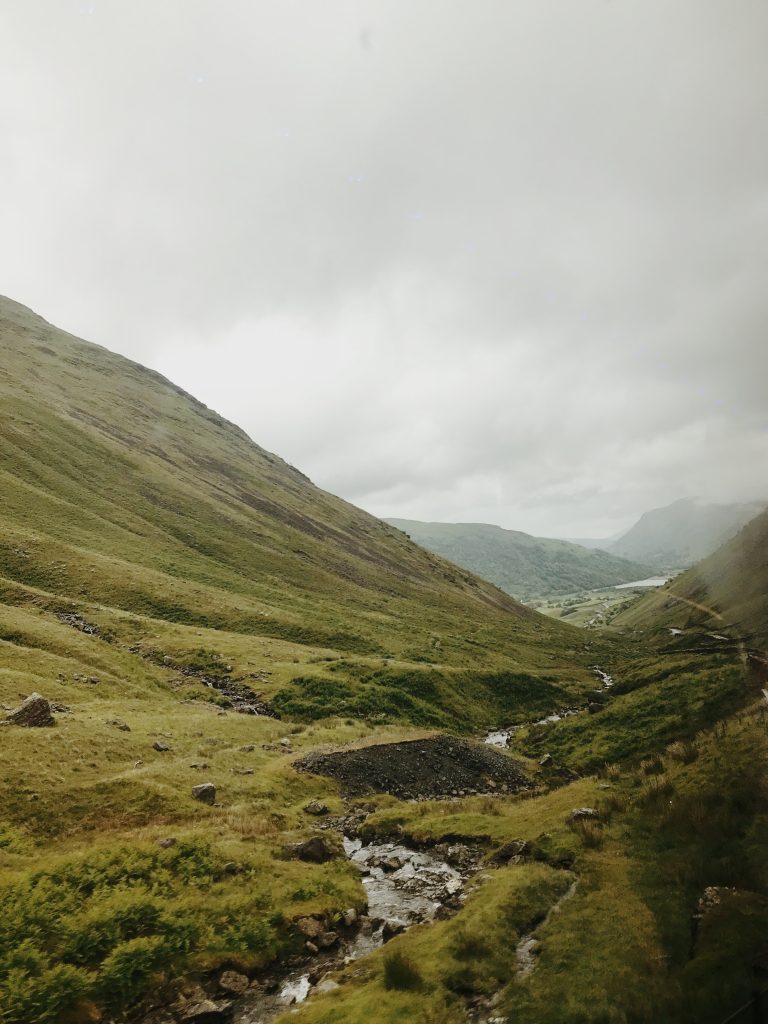 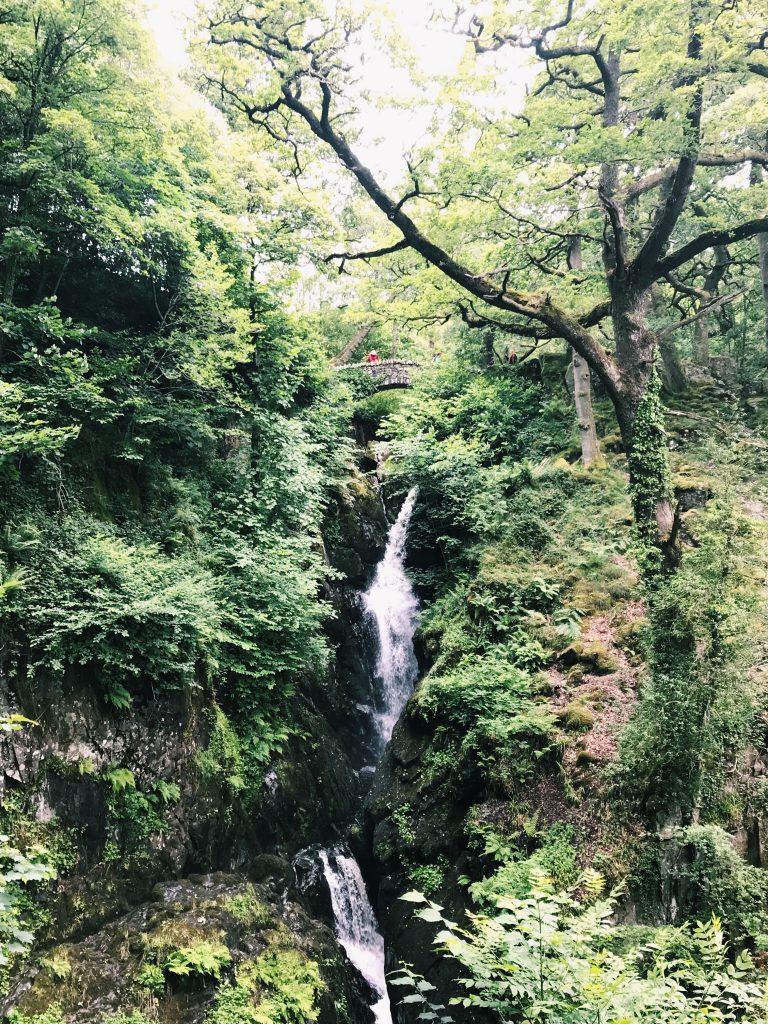 As a newbie to the UK, I was filled with so much excitement when we were en route to land. When we arrived, I heard the accents of our lovely student greeters and immediately fell in love. There’s something about experiencing a new culture that makes me feel so alive. Being in an entirely new setting always brings me back to the feelings of being a child. Wandering around in awe as everything around me is so fresh and unfamiliar. For example, today we went to the Lake Districts as my day trip. We were driving in the biggest bus down the tiniest roads, and I would look to my left and see what seemed like painting after painting. Where I grew up, all I saw was flat land and boring buildings. Here, there were deep valleys, mass greenery, and waterfalls that reminded me of how crazy cool of a Creator we have. A quick food-for-thought, witnessing the Lake Districts provoked the notion to never set limitations on any dreams and/or aspirations. God made the biggest and most imaginative things come to life, and through Him, we’re able to do that too.

Along with all the beauty, I just had so much fun. Today especially, the company made the long bus rides and overall experience so memorable. I spent a great amount of time with two students from China. We exchanged slang, language, and dance moves, but we also spent time discussing experiences with race and stereotypes. We talked about the difference of being Asian living in America and Asian living in Asia. It was, in an odd way, comforting and exciting for me, because I don’t often get the chance to have those kinds of genuine conversations especially in the States. We were able to connect in such an immediate and purely joyful manner, all because we both made the decision to travel and be intentional in getting to know one another. 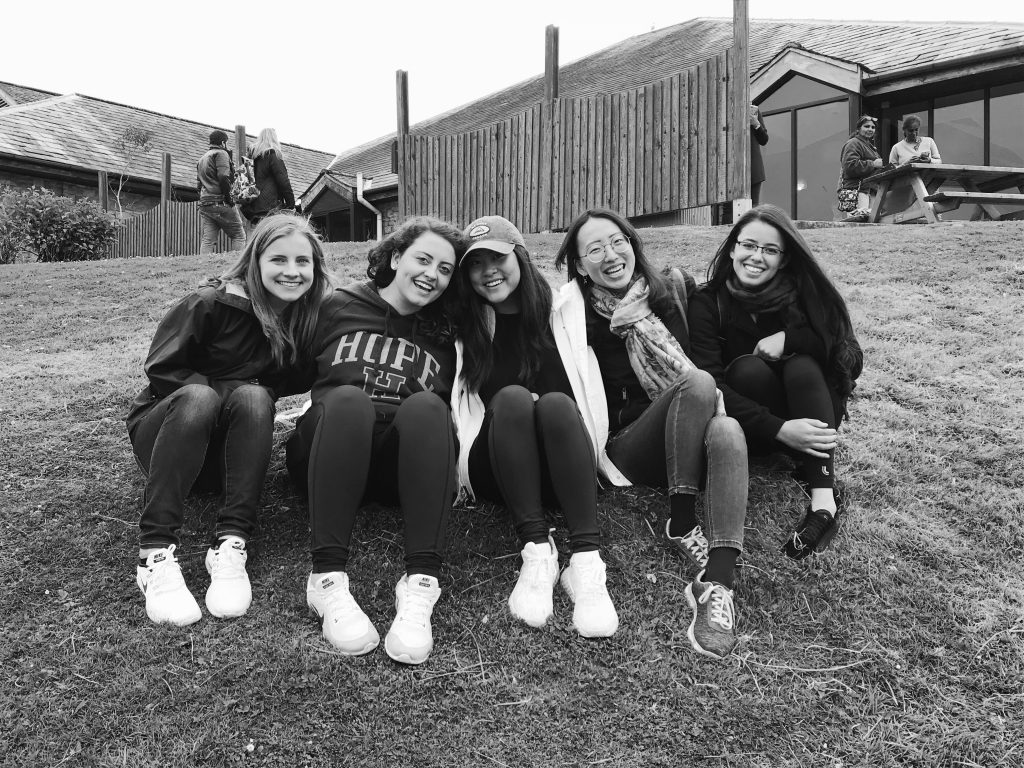 Generally speaking, those kinds of intentional discussions are what made this trip so enjoyable and fruitful for me. My favorite part has simply been meeting people I would’ve never met otherwise, and learn from their diverse experiences and outlooks on the world. In particular, I loved my learning track and the people I worked with. I was in Stories That Move which sheds light on the realities of discrimination. Our team decided to use stories as a way to give people a platform to speak up about their experiences and what they want our society to do to combat such prejudices. We collectively believed that personal stories was the most powerful way in communicating the importance of ending discrimination. As a part of our project we went to the Slavery Museum in Liverpool to interview people who may have stories of their own they’d like to share. We had a successful trip and came back with their experiences, both direct and indirect, regarding stereotypes and unjust judgments. Along with their stories, we took portraits of them to give a face to their voice. We then did the same procedure with our own narratives and experiences. Finally, we made a Facebook page to give people the platform to share their stories, and we got our first story by someone yesterday! This project was incredibly encouraging because not only did it shed importance on the life of each individual, but it reminded me of the importance of mine. I was reminded that my story and voice has a place, and should be used in order to empower the present generation, and those to come. 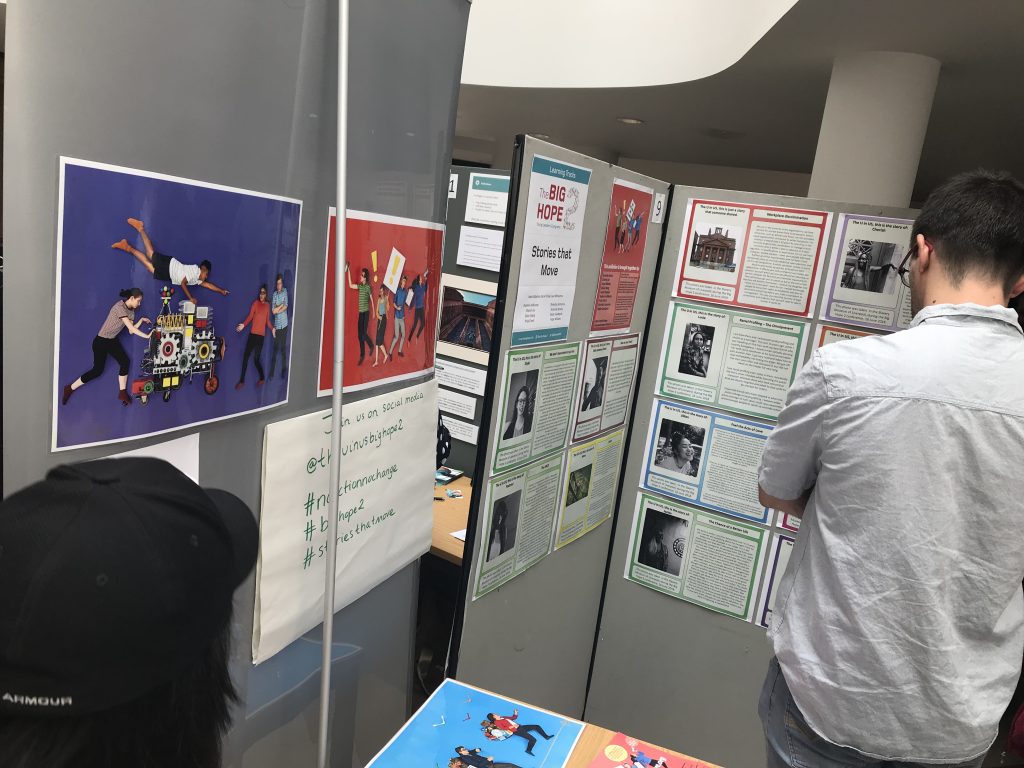 I’d say the anthem of this week was “All You Need is Love”, as it was performed in the opening and closing ceremonies, the final concert, and hummed among others while walking from session to session. It’s safe to say this will be stuck in my head for weeks. The meaning of this song reigned true among many of those I met in this Big Hope 2 conference. Whether it was through laughter, inclusion, or purposeful conversation, I’ll always be grateful to those who shared their love with me this past week. No matter how cliché, overused, and  undermined the word “love” sounds to many, it’ll always be a profound and effective one to me. It was love that was behind many of the conversations had where people shared bits of their lives with one another. It was love behind people’s intentionality and desire to be present. It was love behind people’s passions to see this world become a better place. Love was the driving force of what made this conference come together in all the good ways that it did. See, I think people have forgotten about the power that comes when choosing to simply love. In this conference, the goals discussed such as world peace, equality, freedom, and human rights are only going to reign victorious when people choose to foster the radical and profound act of love. When we do that we’ll see a people who look at one’s identity before racial stereotypes. We’ll see people be first responders in places of violence and oppression. We’ll see a world that actually values selflessness and compassion, when we take love seriously.