Long before the Dutch and English colonized South Africa, the Portuguese sailor Bartolomeu Dias discovered the Cape of Good Hope as a harbor of refuge from the treacherous storms along the coast of southern Africa.

Seeking a passage for trade to India,  Dias mistakenly found the lush and beautiful peninsula while mother nature tested the limits of the 15th century ship.  Because of this traumatizing experience, he named the peninsula  the “cape of storms”.

While the winter months in the Cape of Good Hope are comparable to the experience of Dias, the summer and fall months offer the traveler a much nicer experience. 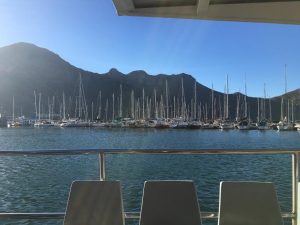 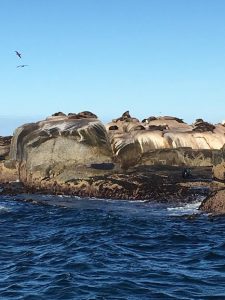 My IES program sponsored a tour of the Cape which started in the man-made harbor of Hout Bay.  We caught a boat to explore the nearby Seal Island to watch the “dogs of the sea” waddle along the rocks.

The southern portion of Africa is infamous for its Great White Shark population.  Luckily, I was assured that we would not see a shark breech as it tried to capture breakfast;  the seals were safe since the island was in a position too close to shore and it was surrounded by underwater rocks. 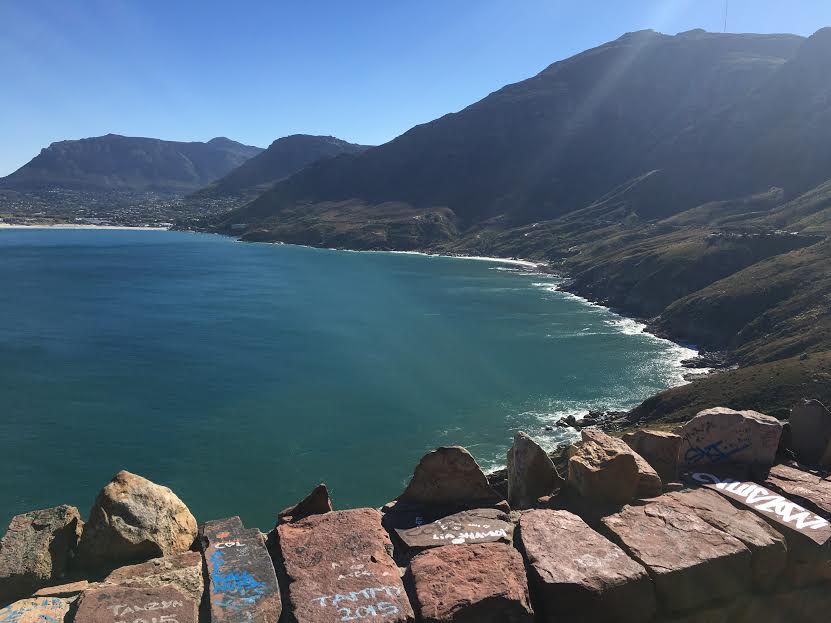 We continued driving along the peninsula and stopped at Chapman’s peak to look back at the gorgeous view of the bay.  The winding roads along Chapman’s drive were exhilarating; on one side were chains supporting the mountain so that an avalanche wouldn’t occur and on the other was a cliff that went straight into the ocean. 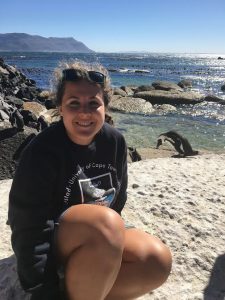 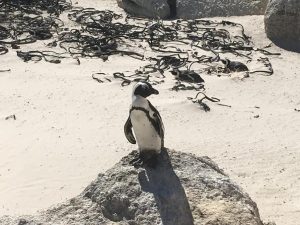 In Simon’s Town at Boulders Beach we saw a colony of penguins; they had migrated from Antarctica in an island hopping process to populate various regions in South Africa and Namibia.  Watching them waddle along the beach and enter the wavy water was surreal. 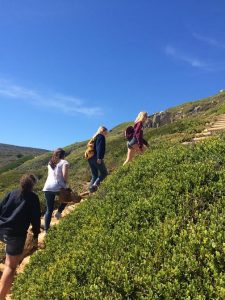 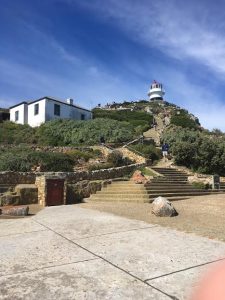 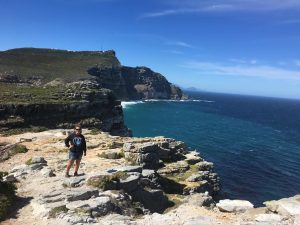 The last stop was at Cape Point, the most south-eastern part of the African continent; not the most southern point contrary to belief.  Prior to taking a steep but amazing hike to the lighthouse we came across angry baboons.  They barred our entrance to the local museum’s restroom and made quite a spectacle stealing food from tourists trying to enjoy a picnic.

This occurrence added to the excitement and I can say this trip is one of my favorite days in South Africa so far.  It is not a surprise as to why the peninsula is named the Cape of Good Hope.  Cheers!