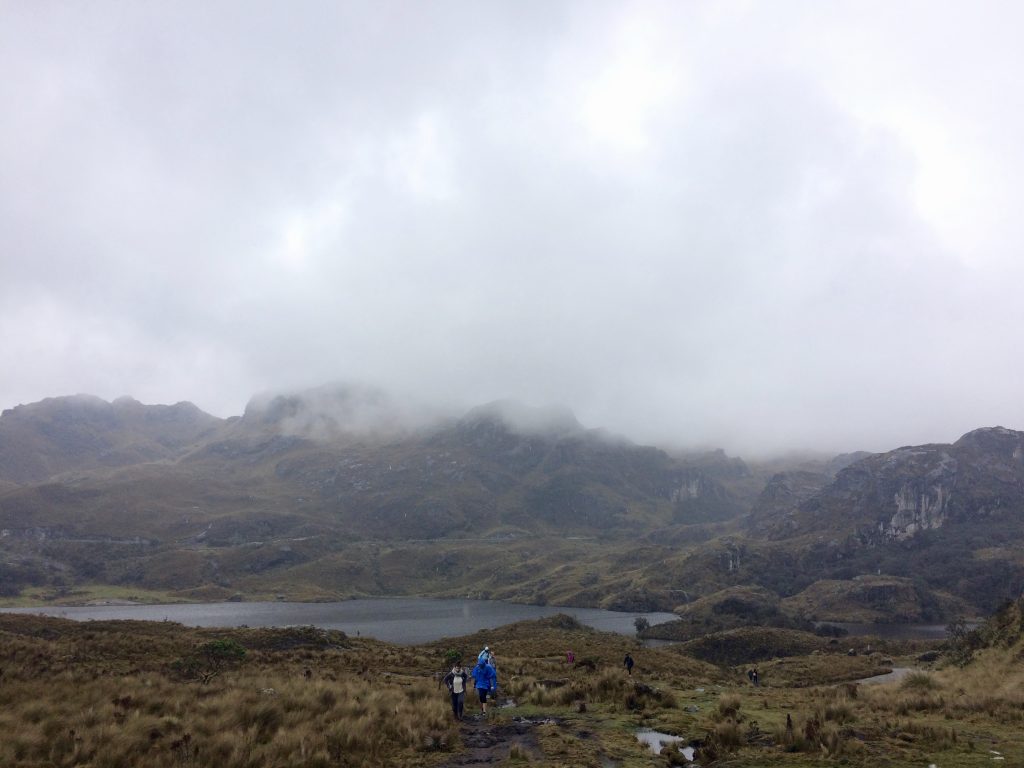 This just in: I have found my new favorite city. For this weekend’s adventure 12 of us headed to Cuenca, a city located south of Quito. It took about 8 hours to get there, but it was well worth it. Right away I knew I was going to love it there. The city is filled with colonial architecture, there are incredible cathedrals everywhere, and the general vibe of the city feels very laid back. There was one night where I was sitting in the main plaza with three of my friends, watching some breakdancers and enjoying the beauty of the city around us, and we talked about how different Cuenca is from Quito. Cuenca is just more relaxed than Quito, where it’s more crowded and where it has more of a large city feel. Also, fun fact: thousands of Americans retire in Cuenca because it’s cheap and such a wonderful city. That was actually kind of strange seeing so many Americans and hearing a ton of English. After my weekend in Cuenca though, I totally understand why they go there and who knows, maybe I’ll join them someday. 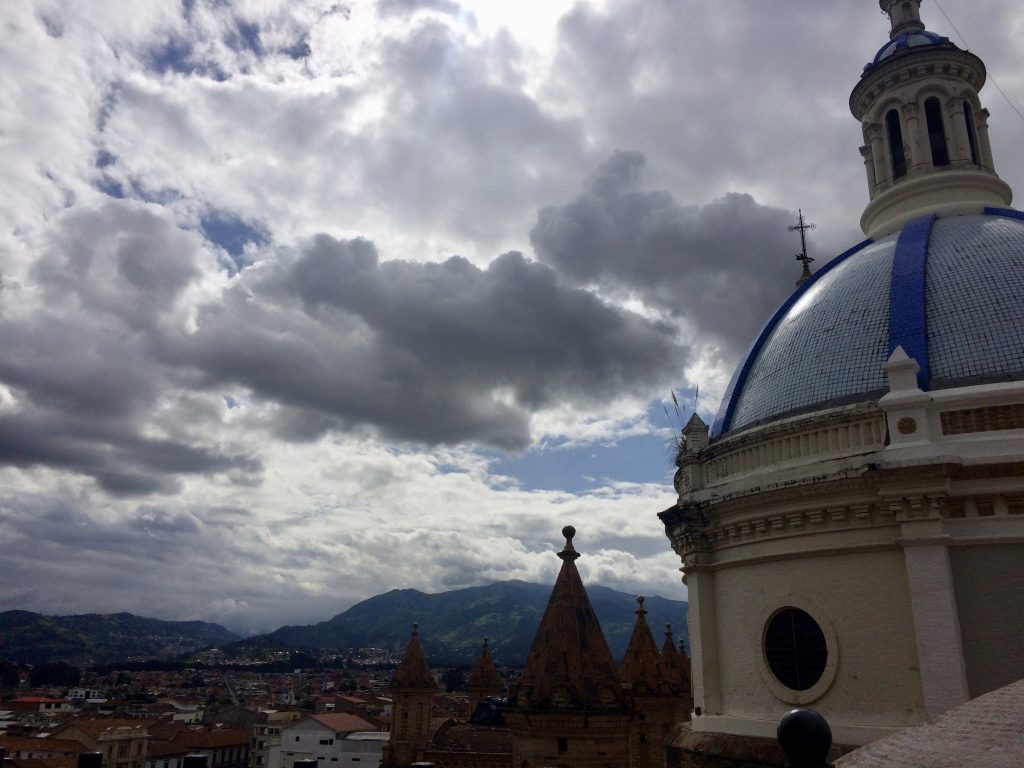 Our first day in Cuenca was spent sight seeing around the city. We went to a lookout point above the city, visited various cathedrals, admired the architecture as we walked down the cobblestone streets, found some ice cream of course, strolled down the riverwalk, and soaked in the culture of Cuenca. In one of the churches we were able to go to the top of the building and see the entire view of the city. Exploring the city without a strict plan was one of my favorite parts of the trip because it allowed us to live in the tranquil culture for the weekend. 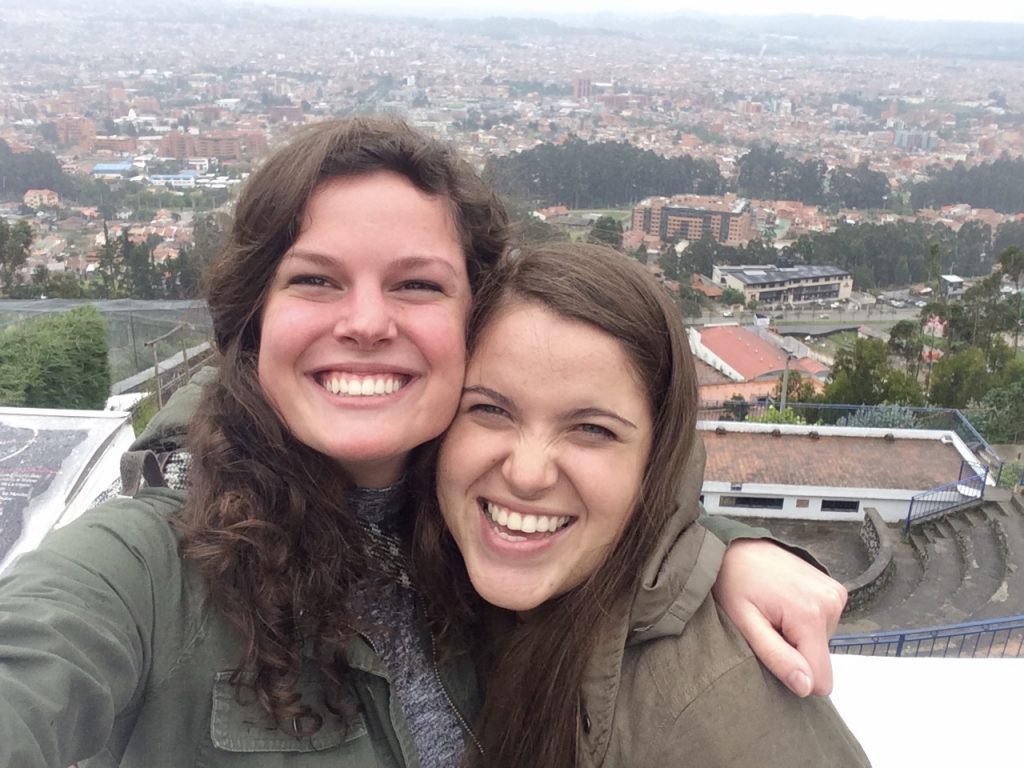 The next day we went to Cajas National Park, definitely a must see if you get the chance to go to Cuenca (which you should, seriously I love it). We chose to take the three hour hike through the park which ended up being perfect. It was raining a bit while we were out there, making it harder to hike because there was a ton of mud. A lot of people were slipping (miraculously I didn’t, which if you know me you are probably in awe right now), but it was still such an amazing hike. We walked through a forest straight out of a fairytale, saw incredible views of the mountains, and passed a bunch of small lakes. This was my favorite hike so far because it wasn’t too difficult for me and it brought some of the most breathtaking sites. 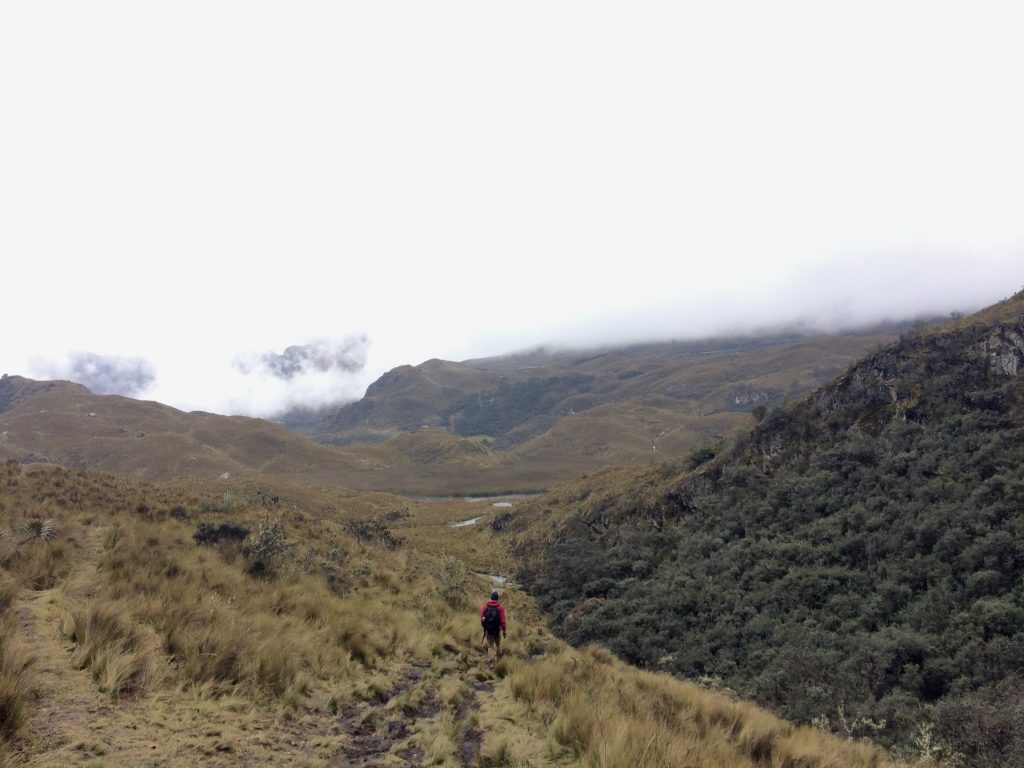 The rest of the trip was pretty much spent eating, resting, and exploring the city a little more before we had to head back to Quito. Like I said, I am in love with Cuenca and wish that I had more time to spend there, but I have hope that I’ll be back someday. This next weekend I’ll be staying in Quito for some field trips, but stay tuned because everyday is truly an adventure here.