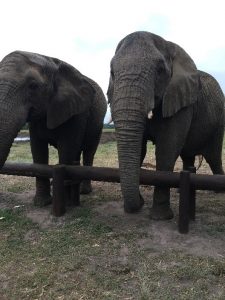 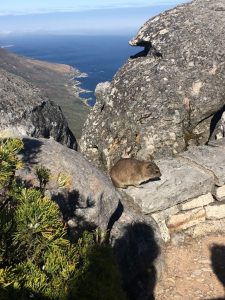 Pictured above from my adventure on the  Garden Route tour and a hike up Table Mountain is an African elephant and a dassie.  It isn’t hard to tell the two animals apart; on the surface their appearances are as different as night and day.  However, if you were to delve deeper and compare their genetic make-up, you would find that the dassie, a rather large rodent-like creature, is the closest relation to the mighty elephant.  This contrast in appearance but underlying connection parallels greatly into South Africa as a nation.

I was surprised to find that my first adventure in South Africa, a road trip on the world renown Garden Route, started the same as many camping trips back home; with me in a state of mind resembling both panic and extreme excitement.  My trip began before the sun came out, frantically packing and rushing out to the bus (hence the panic) as I anticipated the lifelong memories to come (hence the excitement). 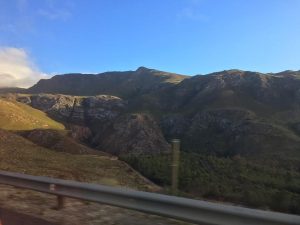 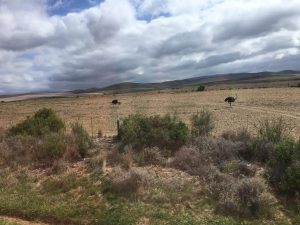 On the road to Wilderness I realized that the South African landscape was as different as the dassie and the elephant;containing rigid hills, towering mountains, rolling dessert plains, and jaw-dropping beaches.    At some moments I felt like I was driving through the rugged rock formations of Utah when ten minutes later  I was  transported into the lush green of Scotland’s Highlands.  Not once throughout the five hour drive was  my view without a mountain range! 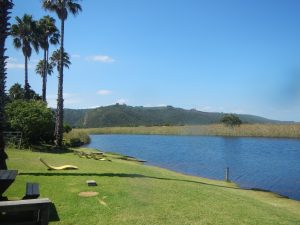 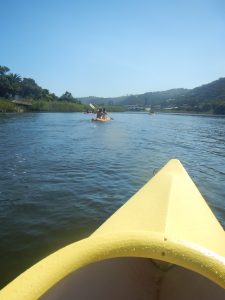 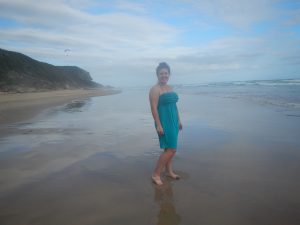 Once in Wilderness we set sail and saw the landscape via kayak.  When we made our way to the beachfront hotel I watched other tourists attempt to para-glide on the steep cliffs above the Indian Ocean.  As I made my first steps into the Indian Ocean I realized how much warmer the waters were compared to the icy waters from Antarctica in Cape Town. 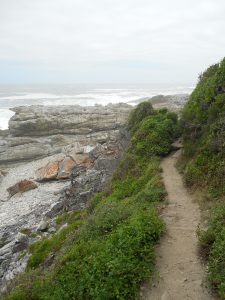 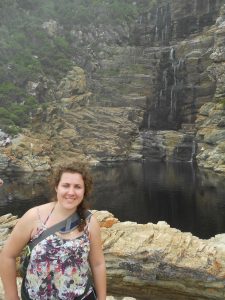 The second day we set off for Tsitsikamma National Park in the Eastern Cape to explore a “easy” hike on the Otter trail.  We were all surprised to find that easy meant climbing the rocky shore and peddling up intense stairways.  The challenge was good practice for climbing local Cape Town mountain peaks and the journey was beautiful;  we made it to our destination safe and swam in the refreshing waters of the seaside waterfall. 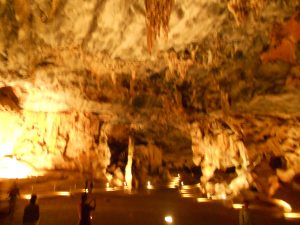 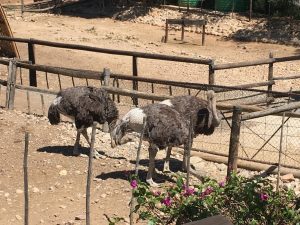 The view from winding  roads in the mountains surrounding  Oudtschoorn was extremely beautiful as we bunked in for a night to prepare for our third day of adventure.  In the morning we explored the Cango Caves and shimmied our way through spaces  that were only passably with one person at a time.  Studying abroad will leave you in situations were you are in a tight spot!

We made our way back to the “mothercity” feeling like we had seen a lifetime worth of beauty.  But as the saying goes “TIA” this is Africa; a place where you can see elephants, ostriches, dolphins, caves, and mountains in just three days.