Peru is a varied and diverse place, whether you’re talking in terms of cultures and linguistics diversity, biodiversity, or the landscapes themselves.

To set the mood with a story, I’ll begin with a bit of food (as is my habit)… 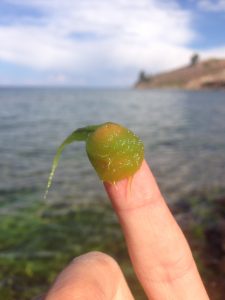 To the left, you will notice something green and slimy on the tip of my finger. I understand your concern, yes, but this indeed is a bit of algae that grows on the rocks surrounding Taquile Island in Lake Titicaca, Peru. It can in fact be made into a soup that the locals have told me is delicious. Regretfully I have never tried it, but if I return after the program someday, perhaps I will! 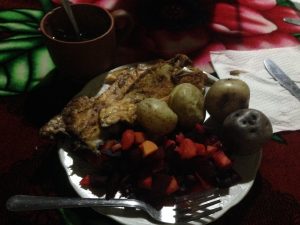 While we were on the island for three nights, one evening my host family prepared me a stellar meal of trucha, a local fish that was recently introduced to the lake and has since taken over; beets and carrots, my contribution to the family from a market in Cuzco; and potatoes, one of the few agricultural products that are capable of growing on the island. The lake itself is nearly 4,000 meters off the ground, making it the highest navigable lake in the world. The lake, along with many other landscapes, are part of the enormous diversity that Peru holds within its borders. 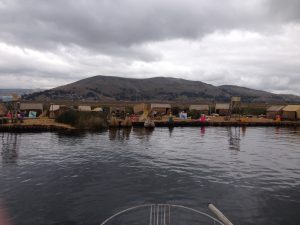 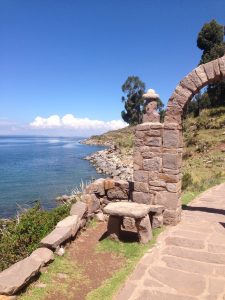 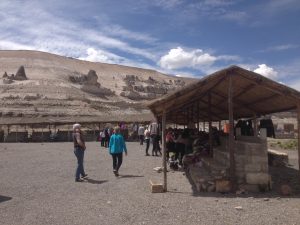 So then, let’s start with la sierra, the mountain ranges—an area of Peru that I’m most familiar with. Together with mountains and valleys, there are canyons(characterized by having a depth deeper than the horizontal distance between mountains), volcanoes, and glaciers. Peru is home to 70% of the world’s tropical glaciers, which are highly esteemed in Andean spirituality as apus, and whose seasonal freezing and melting feeds lakes such as Titicaca and many smaller lakes, rivers such as the Madre de Dios, or perhaps more conocido (familiar) to some reading this, the Amazon. 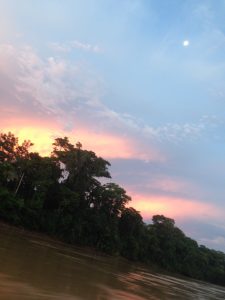 That  brings me to my next bit, la selva, the jungle. Peru’s selva region is home to the vast majority of linguistic groups and distinct cultures of the country, making up some 60% of its geographical area. It is extremely rich in biodiversity and home to an enormous number of medicinal plants used by the native peoples, whose effects have yet to be studied thoroughly by western science. 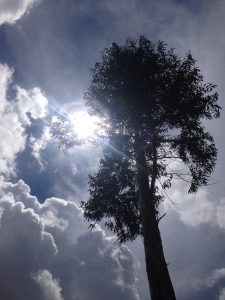 While I am on this note, I think it’s worthwhile to mention that some 30% of Peru’s glaciers have disappeared in the past several decades due to a process we refer to in Spanish as calentamiento mundial (global warming). Considering the role that these glaciers play in the life of South America’s ecosystem, the day they outright disappear will be extremely destructive for the region’s people and biodiversity. In many ways, flooding caused by global warming has  already affected people greatly. 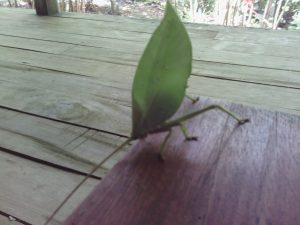 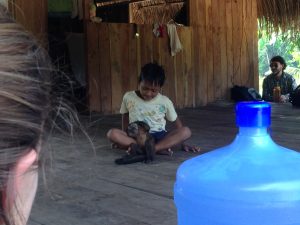 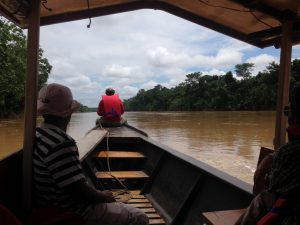 Finally, we have la costa, including a long stretch of coast to the west of the Andes, which is primarily desert. Lima, which holds a third of the country’s population and is the second-largest city in South America, after São Paulo in Brazil, is located in a desert. Following the coast further south, one finds the beginnings of the Atacama, which is the driest desert in the world (and conveniently a favorable testing-ground for NASA Mars missions).

Peru is a ridiculously beautiful country with all there is to see. Granted, most anywhere in the world is, and the opportunity to go out and see it all is one that I would never counsel against! 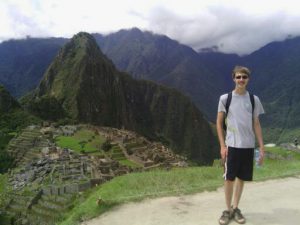 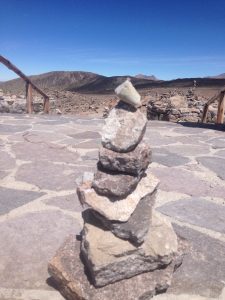 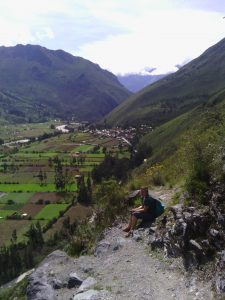