Everyone who lives in a US college dorm know that the best way to get to know people is leaving your dorm doors open. In Germany however, people like to close their doors. This does not mean that they are trying to avoid you though. Every time I have needed anything I just go and knock on any of my flat mates door; the funny thing is they tell you that Germans like to close the doors and make you feel comfortable about the sudden cultural change simply related to the opening and closing of doors.

I really don’t know if it is a good thing or a bad thing that they don’t have meal plans here. On one side I get to cook for myself and feel that I am ready to take on the world outside college but everyone has those lazy days when they just want to go and get a sandwich from the Kletz or Phelps and not have to worry about doing the dishes. Personally, I have enjoyed cooking here especially when all the dishes and cooking tools are already provided in your dorms. I admit it, sometimes I really feel lazy and want something fast and that is when Doner Kebabs come into play; probably one of the things that I will miss a lot when I get back to the States.

Today I had one of the best interactions with one of my flat mate. They were playing some songs while we were all cooking food and most of what I have heard was in German; almost made me think that they did not listen to English songs that are very prevalent in United States. Then there was a change in playlist and I was surprised to listen to what started playing; they had some Doors, some Pink Floyd, Beatles, Led Zeppelin, and even few country songs which is hardly even heard outside few states back in US. It is indeed a globalized world.

The picture quality of where I live did not come out that great due to the lack of light in the hallway but students here conserve energy in any way possible. 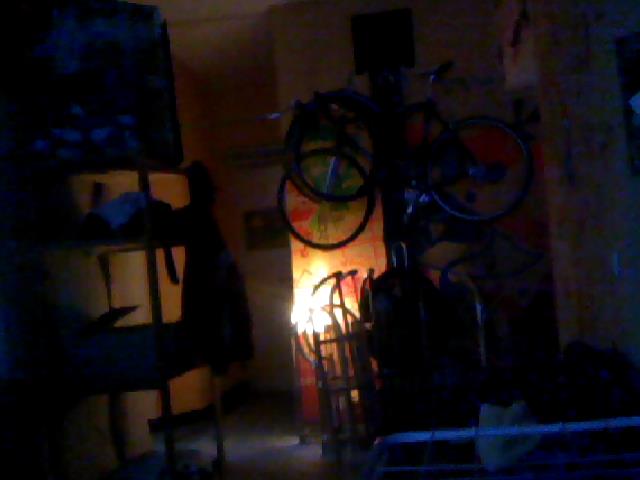