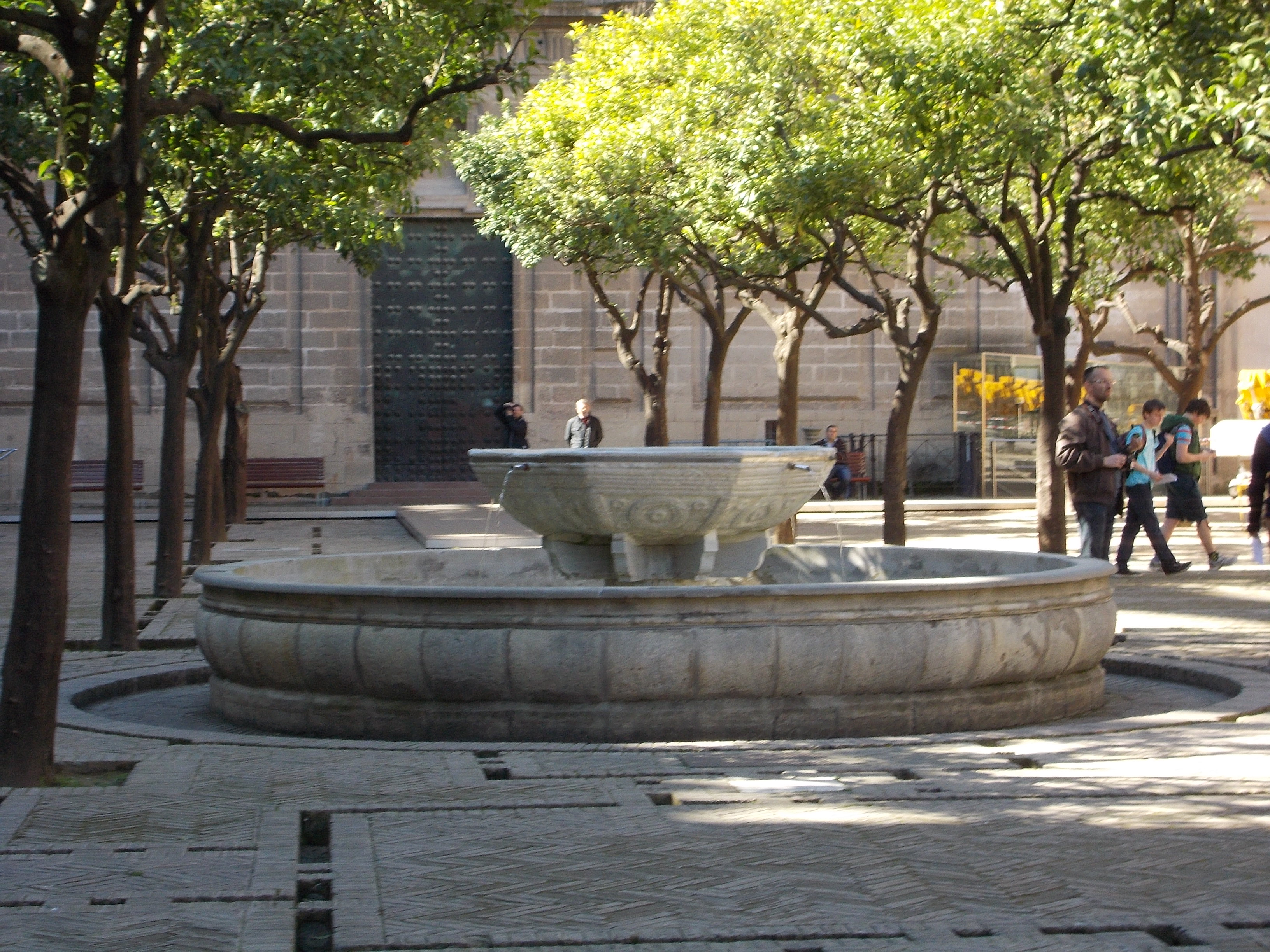 This is the fountain we saw in the center of the patio of the Cathedral in Seville. It looked like an average fountain, with children playing and old men chatting. However, as our professor explained more about the history of the this place, this fountain has been a part of a sacred meeting places for more than 1500 years. They have proof that this fountain was part of a Visigoth Church and after the place for the sacred washing before the Muslims would enter their church an now a fountain in the third largest Catholic cathedral in the world. Who would of thought that a simple fountain could have that much history!

There were many other examples of the mix of Muslim and Christian history and architecture. The one on the right is a tower in Ronda. Where the Christians destroyed and the rebuild the tower can be seen where the rock at the bottom switches to brink halfway up. A similar event occurred at the mosque that used to be where the Seville cathedral is now. On the left you can see a picture of the inside of the top of the tower. After an earthquake destroyed the outer layer of the tower, the Christians rebuild the outside to house bells. The impressive arch can be seen dating from about the 13th or 14th century. As well columns visible are from the mosque at Cordoba to have continuity of the faith, so they date from about the 10th century!  As cool as all the history, the best part of the trip was definitely getting to hangout with my new IES friends! 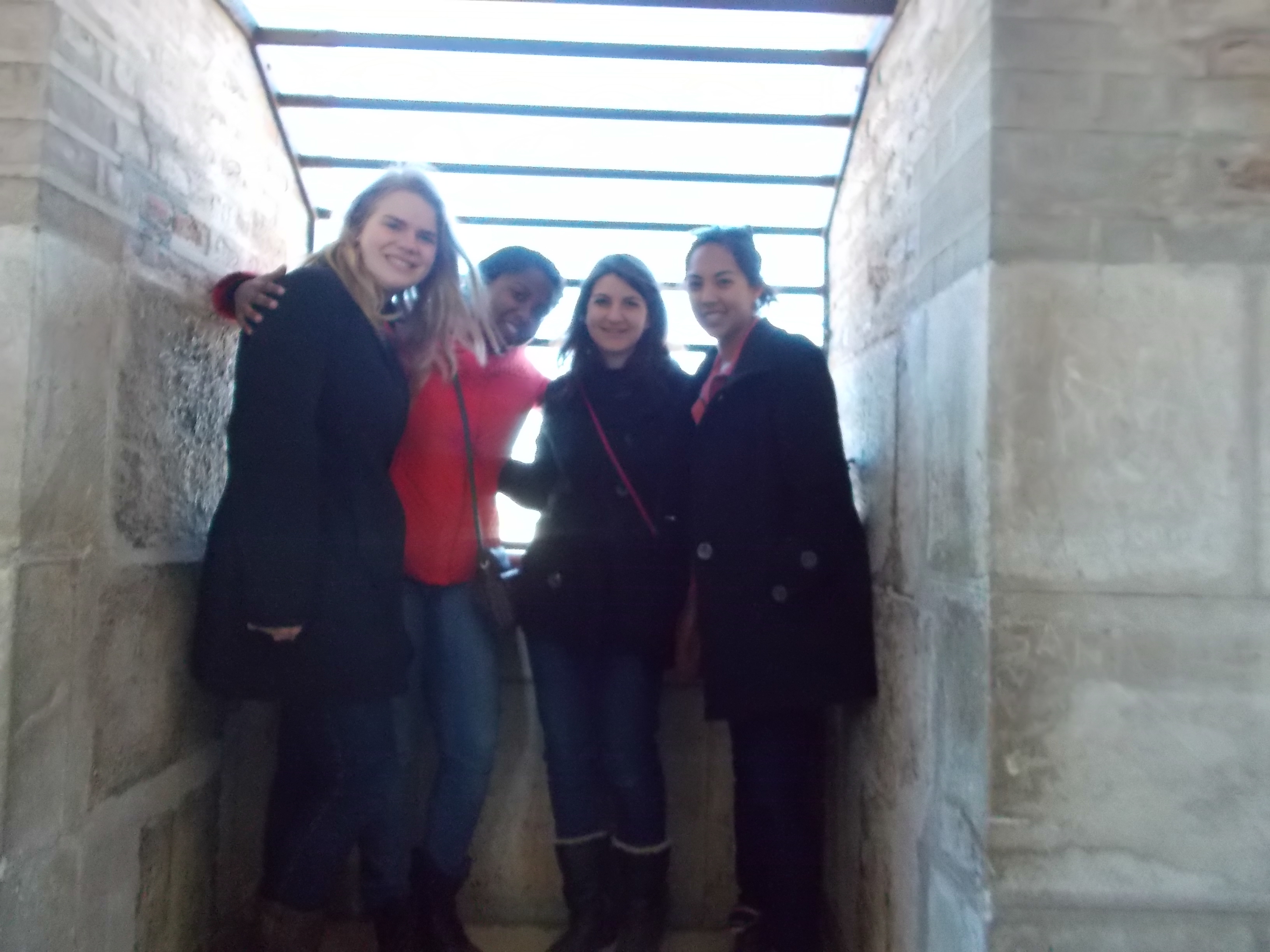 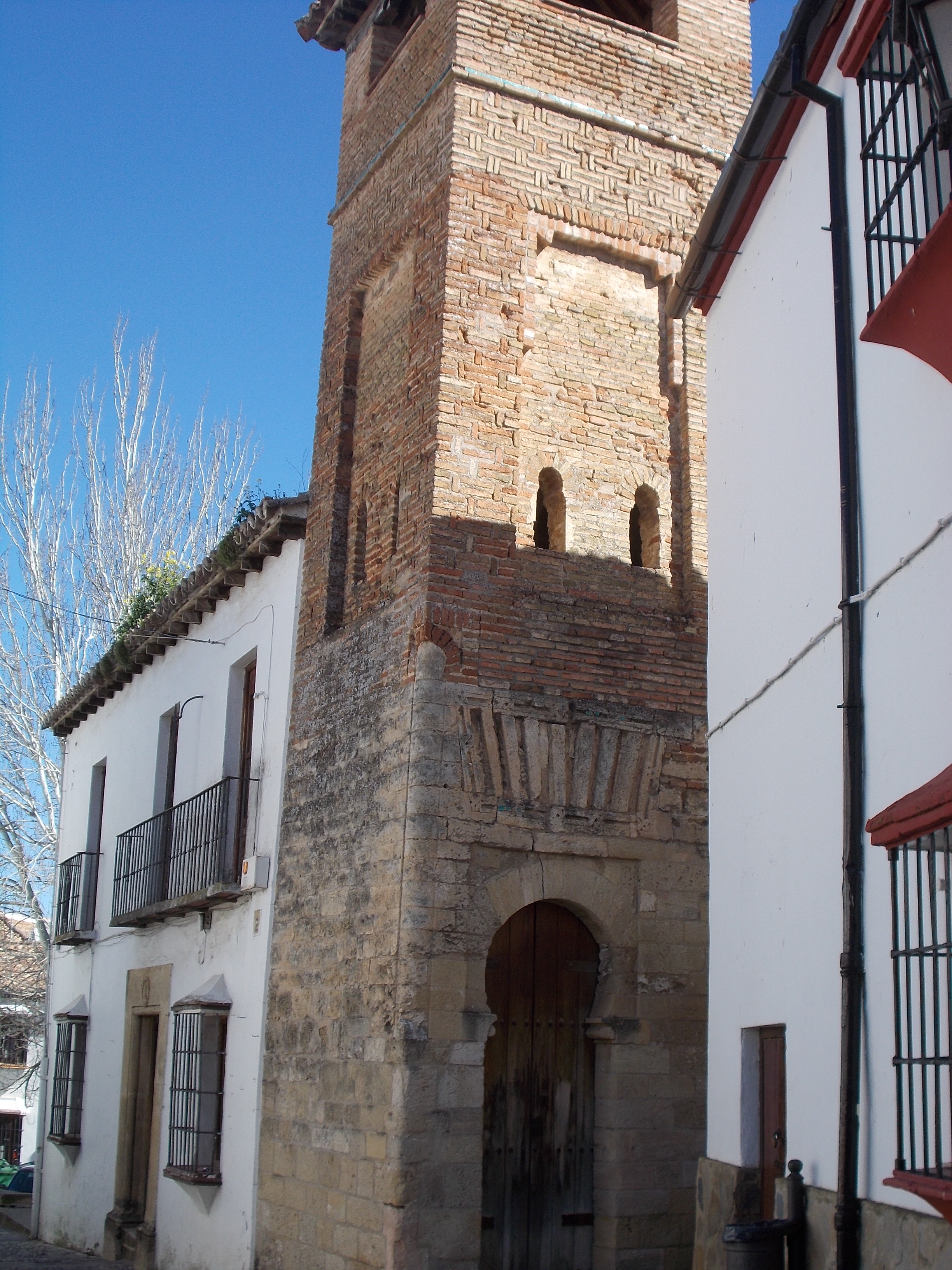 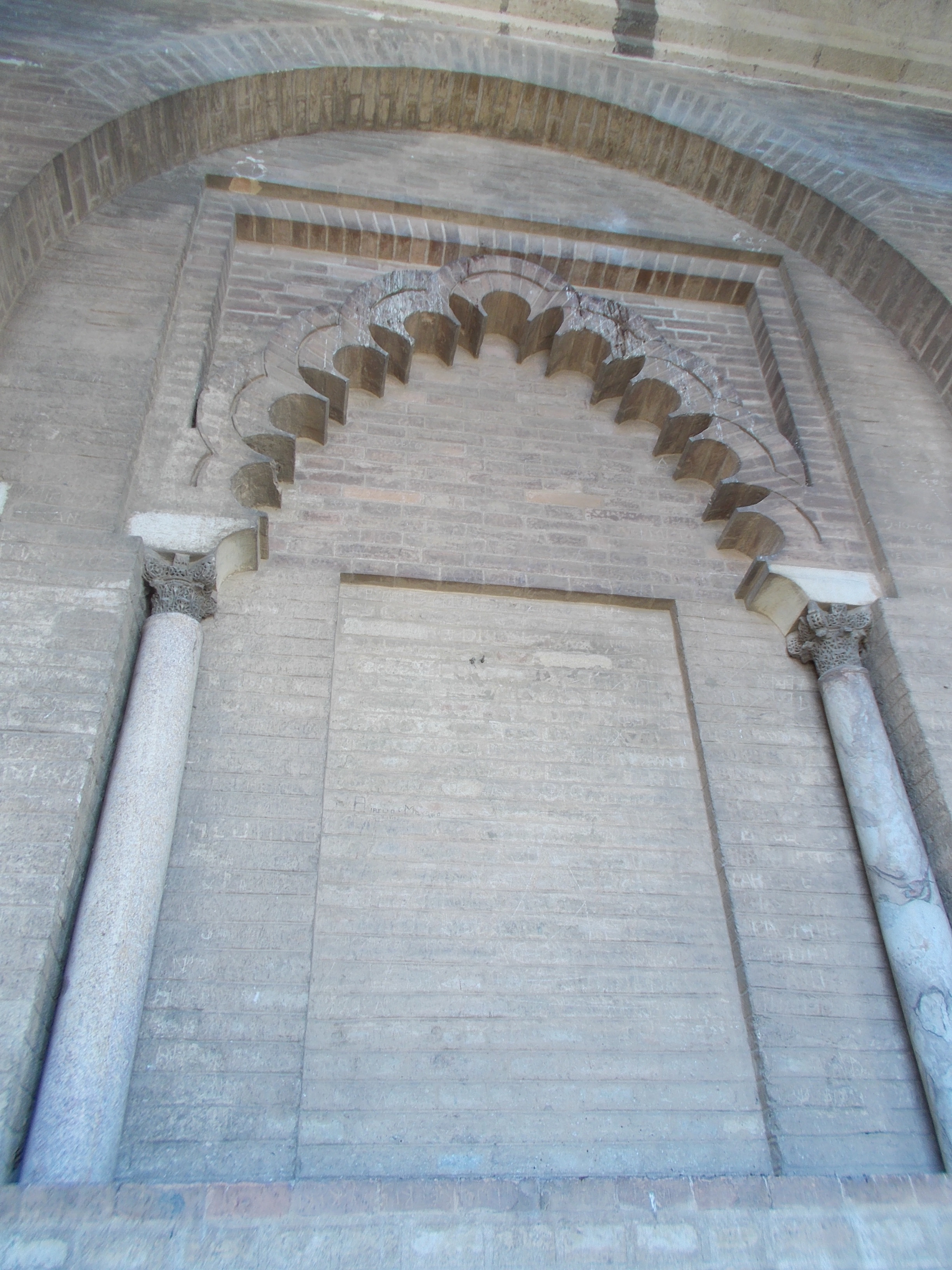