A magical place. Massive green trees and extremely colorful flowers. A stone path leading to every building. Wooden cabins adorned with fire places and jacuzzis. The constant aroma of a campfire.

My program, CIEE, planned a trip for us to Pucón (I prefer to call it “Fairytale Town”) where we had the privilege to stay at a charming campsite just outside the city. Our first day there, we visited a Mapuche community (the indigenous people of Chile) and spent the day learning about the their simple lifestyle, their vision of the cosmos, and their deification of nature. The Mapuche women prepared a massive bonfire for us, a common tradition practiced with guests, inside one of their very important buildings. We listened as they shared about their culture and religious beliefs, which seem to be intertwined with each and every part of their daily lives. The experience was incredibly interesting and, as Chile’s roots lie in the Mapuche community, it helped us further value and understand the country, and its indigenous people, as a whole.

On our second day in Pucón, we embarked on a tour of various lakes, rivers, waterfalls, and nature reserves. The most fascinating part of this day, for many reasons, was the Mapocho River. It’s original Mapuche name is Mapu chuco, which means water that penetrates the land. With aggressive rapids and water as clear as glass, this unique river flows in the opposite direction of every other river in Chile. We also toured the Futaleufú River, one of the premier whitewater rivers in the world, where I fulfilled a dream of mine that I will discuss later. It is fed by glacial snow and is often referred to as “a landscape painted by God”. The source of this turquoise river is located across the border in Argentina, but nearly the entire river runs through Chilean land. For years, the two countries have debated about which country owns the river. It once belonged to the Chileans, backed by the argument that it runs primarily through their land and ends in a lake on their side, but it now belongs to the Argentinians because the river’s source is within the borders of their land. (I’m going to be honest, I’m still trying to decide if it is fully valid to say that I was in Argentina because I entered the river… I think I’ll say yes). 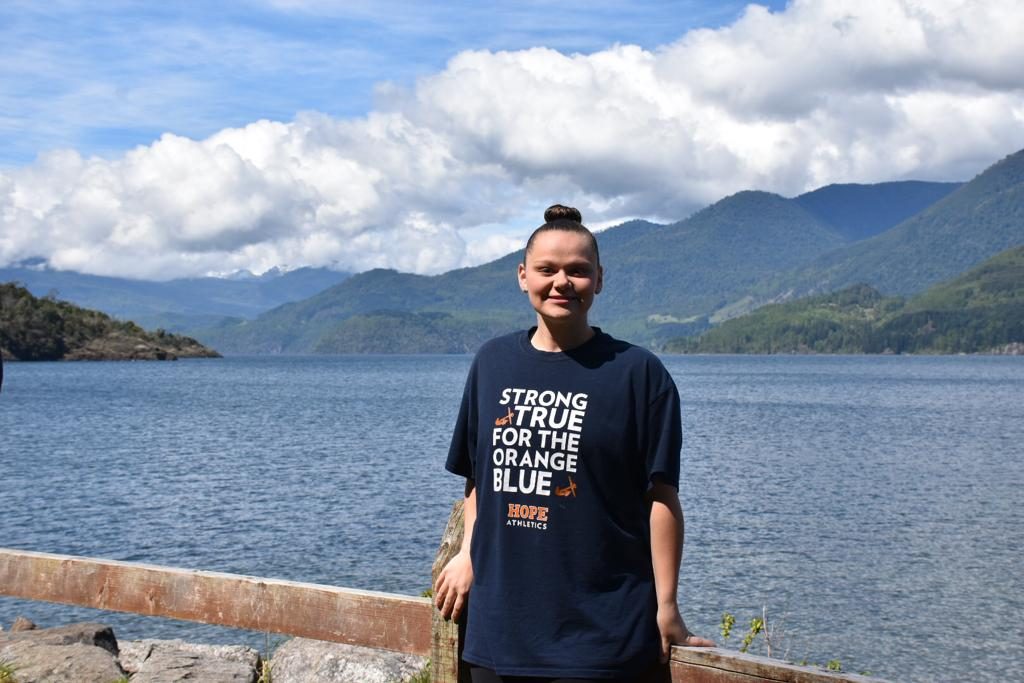 In the Futaleufú River, I fulfilled a dream of mine… I went white water rafting! It was exhilarating, terrifying, freezing, and life-changing all at the same time. Despite the freezing rain that decided to make a guest appearance on our journey, it was an unforgettable afternoon. I was slightly nervous due to the fact that all safety procedures were given in Spanish, and I was almost positive that at least one person in my group didn’t understand some crucial part of the explanation. However, no one fell out of the raft, no paddles were lost, and no instances of getting stuck between rocks or trees occurred. We did run into approximately four large rocks and had to assume our emergency position, all the while hoping we wouldn’t die, twice… Yet, we conquered the challenge and it felt incredible. Now I can say that I went rafting in an extremely beautiful and clear river, with powerfully strong rapids, flowing in the opposite direction of all other rivers, located in Chile but belonging to Argentina… I’d say that’s a once in a lifetime opportunity.

As I said, the trip was magical. Even strolling through Pucón was enchanting. We walked streets full of large ice cream shops and vendors selling handmade crafts. We observed families congregated at the lake with their sweet treats in hand. We saw wooden street signs bearing images of volcanoes and gazed at the city’s backdrop of snowy mountains. As the sun shone down and the scent of bonfire lingered, I couldn’t help but question if I was dreaming. I could live in Pucón, without a doubt. Who knows? Maybe I will…