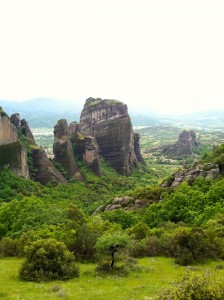 One of the biggest things that people tell you to do in Greece is to visit Meteora. Because it is such a must-see destination in Greece, I was waiting for a time to go almost since the beginning of the semester.
So what is Meteora exactly and what makes it so amazing?? I’m glad you asked. Meteora is a town in the Northern part of Greece (about 4 hours away from Athens by train) that is nestled in the mountainous and rugged Greek countryside. However, the peaks of Meteora are not your average mountains. The foothills that immediately surround Meteora are more like rectangular columns that jut out of the earth in unexpected places, creating rock formations that seem to be carved by a giant. In fact, the entire landscape looks more like the setting of a fairy tale than a humble Greek town in real life. Nevertheless, the most notable part of Meteora are the monasteries and churches dramatically perched on top of the rock pillars. Many these buildings are built so directly on the side of the vertical cliff face, that you can’t help but wonder how any human builder could safely do any construction. In order to get to these monasteries, you can either take a bus from the town in the valley up the road that winds skyward along the meandering rugged landscape, or you can experience some of the world’s best hiking and walk through the woods to see all of the sites. For me, the friends that I traveled with, the choice was obvious. Though it was raining and cloudy for the few days we were there, the adventure of trekking up the steep slopes and down the valleys of Meteora (while occasionally getting poured on) is one we will never forget.
The larger Meteora site has 7 monasteries, and, though we at least saw all of them from a distance, we only actually went in 3. The insides of the monasteries are covered with beautiful Byzantine paintings and icons, portraying Christ, the saints, and various scenes from the Bible. One thing that struck me in particular is how similar these pieces are between all the Orthodox churches. The artwork in these monasteries provides a perfect example of how widespread and uniform the images of Byzantine Orthodox art were, across Greece as well as Europe at large.
As if the incredible hiking, landscape, and monasteries weren’t enough, we also managed to find a few restaurants in Meteora with absolutely incredible Greek food. After hiking up mountains all day, you work up quite an appetite, and the gigantes (giant beans in tomato sauce) and Greek eggplant certainly didn’t disappoint. All in all, everything about the trip to Meteora just made fall in love with this country more. ☺ 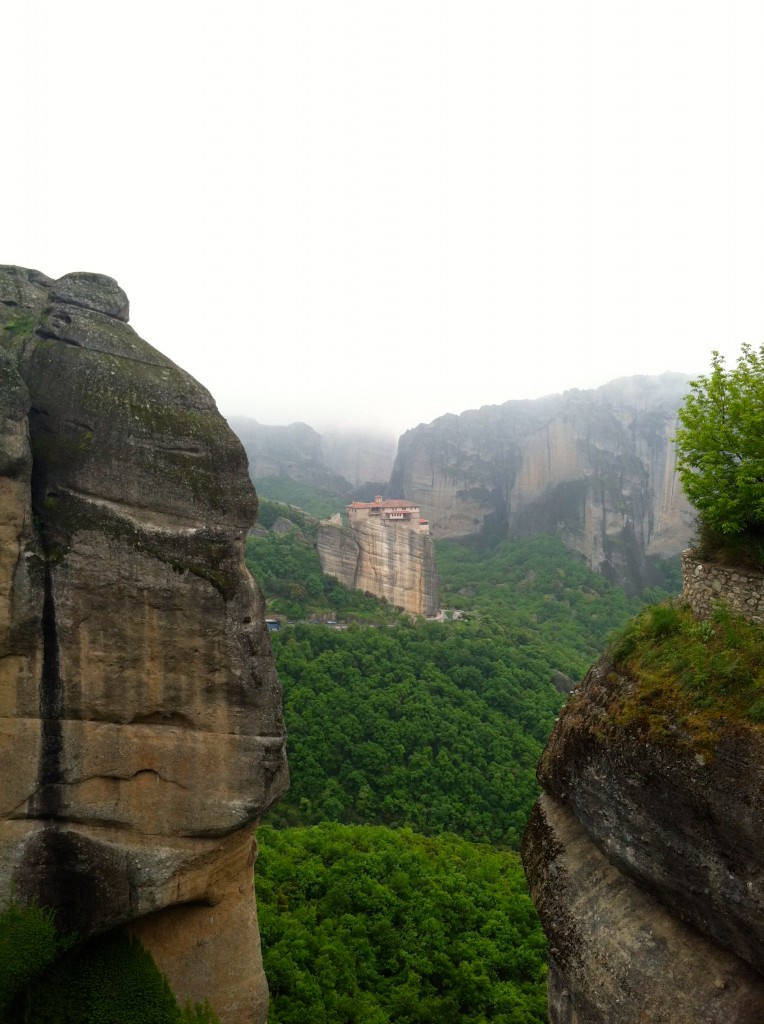