Being in India, it’s hard to remember that we are in the winter months; the average temperature here is 80 degrees Fahrenheit (26 degrees Celsius)! Even so, people all across India have been celebrating the passing of the winter solstice. Each state (or even each individual family) celebrates the end of winter differently so I can only speak to the way things are done in Hyderabad. Here, people generally observe the Hindu festival Sankranti by flying kites and eating sweet treats. There are some other more religious components as well but, as an outsider, I couldn’t catch the nuance and symbolism of the holiday. Still, I was able to fly some kites and have some amazing Laddu. 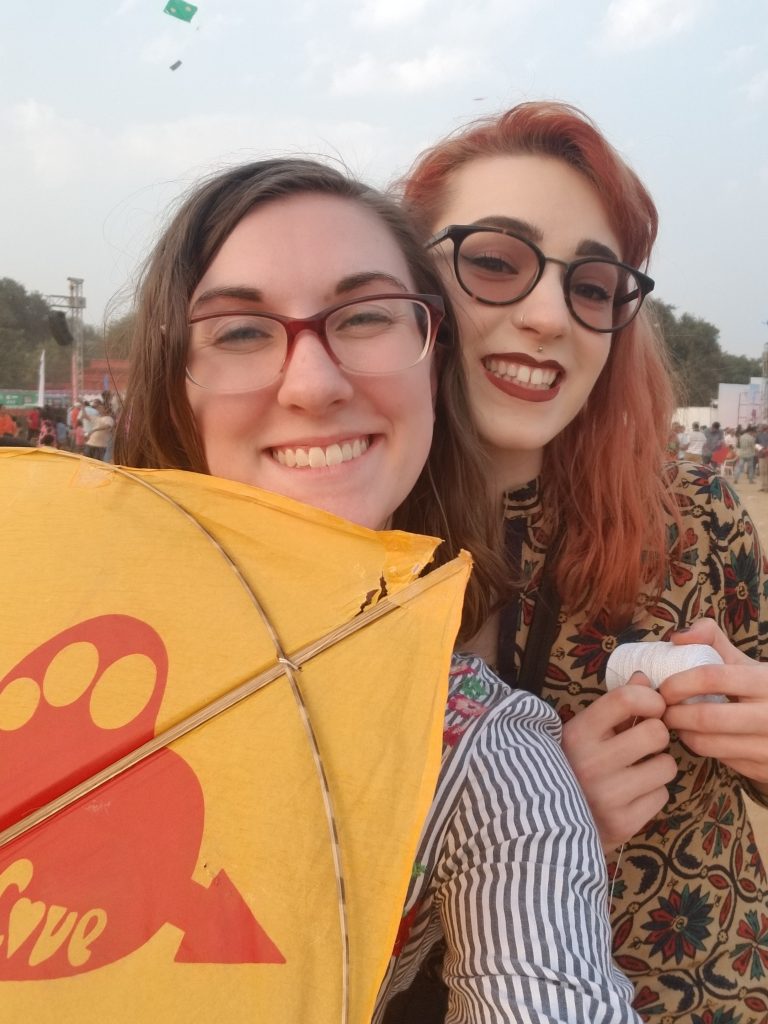 My friend and I got to the parade grounds in the afternoon when most people still had their kites in the air. It had been forever since I had seen a single kite in the air, let alone a couple dozen. Even without wind, people had kites flying two to three stories in the air. They made it look so graceful, so effortless, so serene. And then we tried.

It would be an understatement to say that we were terrible. We Americans had no kite flying experience whatsoever and it showed. At one point I was more wound up in kite string than the spindle. After about fifteen minutes of straight up struggle, a nice couple took pity on us and taught us the basics. Pro-tip: when there is no wind, you need to create your own gusts by constantly tugging at the kite—simply throwing it upwards does absolutely nothing… 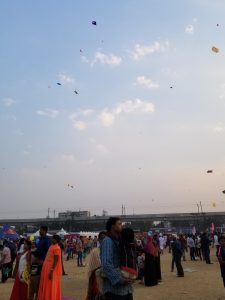 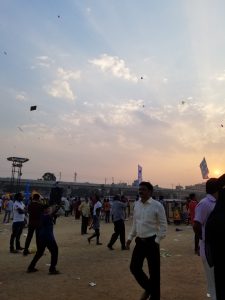 Anyway, after our kite tutorial, we started to have a good chat with our new mentors. After weeks of mostly being around other American exchange students, it felt good to be talking to people who were actually from the country.  We talked about cultural differences in dance, food, education, you name it. One thing led to another and, soon, our friends decided to escort us through the nearby sweets festival. There they acted as translators between us and the vendors, often scoring us some free samples in the process. At one point, they even helped us break away from a crowd of people wanting to take our picture (yes, that is a thing and I will write a whole blog post about it later). It was incredibly kind and generous.

We ended our time at the festival by watching paper lanterns being lifted into the night. Wherever one was launched, a large crowd would circle around just to watch the glowing fire be set into the sky. According to our new friends, these flaming paper orbs are an extreme fire hazard (that’s something they certainly don’t mention in Disney’s Tangled). But in that moment, I didn’t care. It was just so incredibly beautiful. 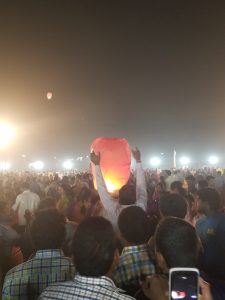 After the festival we all went to get dinner together and continued to spend the night swapping stories about each other’s cultures. From the fun activities, to the good food, to the great people, I couldn’t have asked for a better way to spend an evening abroad.  Sankranti 2018 was a night I will never, ever forget.

My biggest take-away from all of this is that I could have just spent the day failing at kite flying. I am not an extremely social person and I usually cling to the golden rule of “stranger danger”. But I didn’t do that at the festival. Instead, I met new people, asked questions, and learned SO much more than I ever could on my own.  This reminds me that it is not enough to ”just be yourself” when abroad; you have to be willing to grow.