Cape Town is often considered the ‘gateway to Africa’.  Even with diverse backgrounds and beliefs, a common ideology when viewing the rest of the nation and the surrounding countries is present.   While Cape Townians pride themselves on uncovering truths and opening up deep conversations, the lack of the ‘rural-minded’ individual has instituted a specific story about various issues in Africa.

A local, outside of the Western Cape region, explained how Cape Town was an island and much of South African thoughts and desires failed to find their way to the city.  He proceeded to explain how most areas of the nation held their own distinct views of the nation and how the country fits into the world.

I had the chance to expand my horizons through a weekend girls’ trip to the East side of the country.  We were immersed in a vastly differing environment that confirmed and challenged much of the conceptions of the area that I had developed in Cape Town.

We made our home base for traveling at the backpackers of Durban.  It was quite a different feel than Cape Town where if you acted confident and threw in lekker local jargon you could swing by for being a South African.  However, in Durban no matter how hard you tried you would always be a tourist since a greater demographic change was observed due to the large Zulu and Indian populations.

We explored the Golden mile: 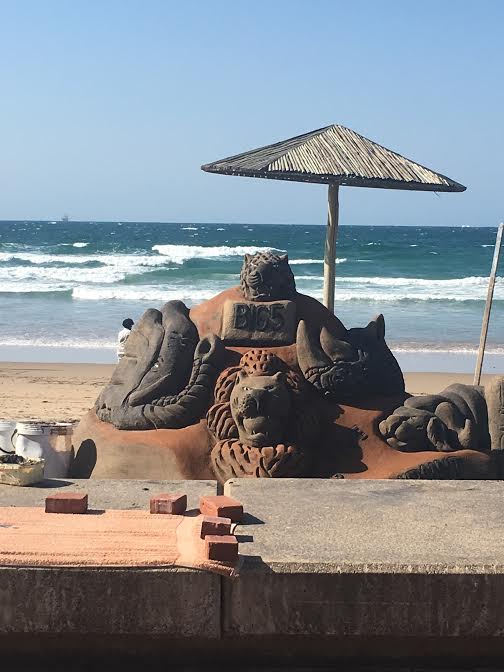 strips of beautiful coast that gave the city a Miami-like feel.  We saw large groups of locals dancing in the water-side with buckets.  It was later revealed that salt water is a known cure to get rid of negative spirits among the Zulu people.  While traditional medicine and coinciding practice is integral to life in Cape Town, often the traditions are not recognizable.  It was fascinating to finally view the traditions in a more open and clear manner. 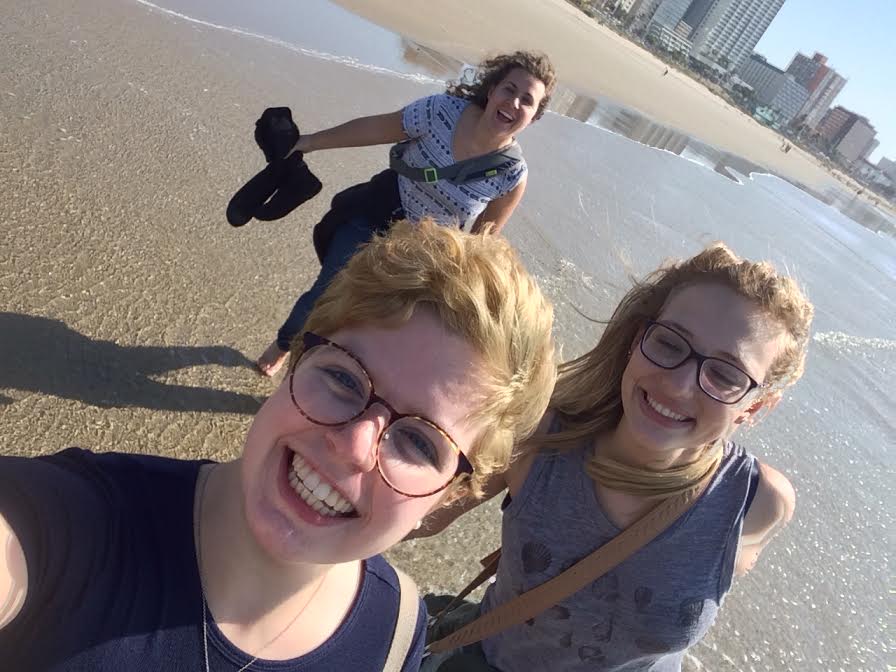 We continued to explore the Durban city and saw the locals celebrate in anticipation of the football match being held at the past World Cup Stadium.  I love football culture; fans were driving around holding their team flags out of the window and cheering with vuvuzelas.  We continued onto the bustling Victoria Street Market.  It was quite exciting to experience the loud and fast-paced culture of bargaining and trade. 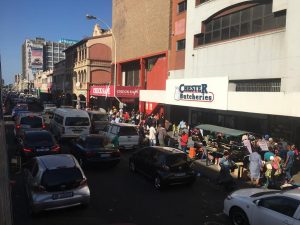 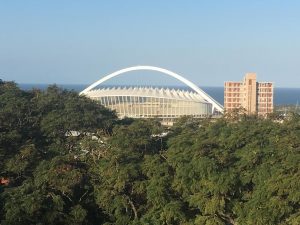 In the evening we journeyed to the House of Curry to indulge in the famous Indian Cuisine of Eastern South Africa.  I enjoyed trying the distinctly South African dish of bunnychow; curry placed inside a loaf of bread. 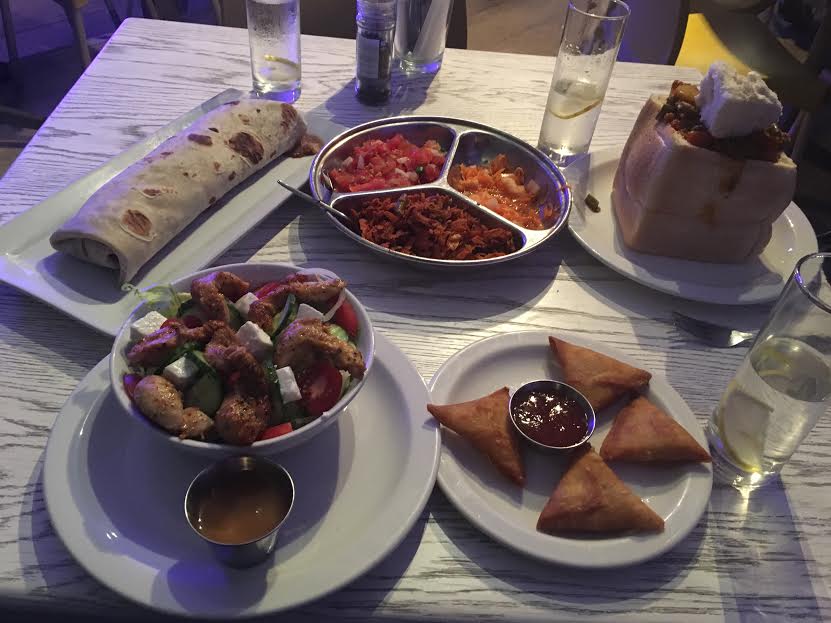 The following morning we traveled to the 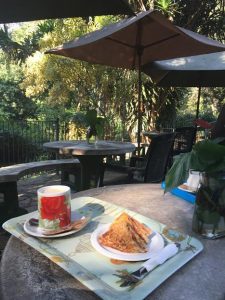 oldest Botanical Garden in South Africa and ate breakfast with prowling monkeys.  Luckily this time we managed to eat all our lunch without them taking a bite.

About forty five minutes from Durban, in the city of Pietermaritzburg we were immersed in the history of the revered figure of Ghandi.  It was at a train station that Ghandi first was woke to the ideas of racial prejudice and injustice.  He was thrown off of the train for residing in a ‘Europeans Only’ car while dressed in professional suit attire.

Prior to entering the nation, Ghandi held truths regarding Black Africans similar to the colonizer.  Entering, he realized that this conception of African people was not correct.  He fought on behalf of Indians and all who were being oppressed by the power holders in South Africa’s society. 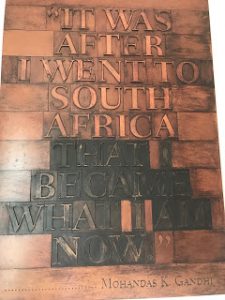 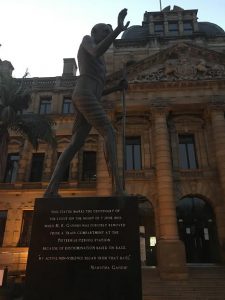 We managed to travel into the Phoenix Settlement township in the outskirts of the city to view the preserved grounds of Ghandi’s house and newspaper center when he was in the KwaZulu-Natal region.  It was amazing to see the beginning of his efforts to fight injustice in a peaceful manner. 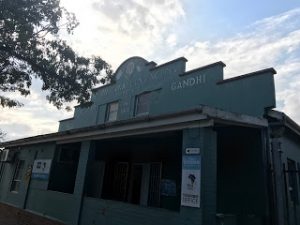 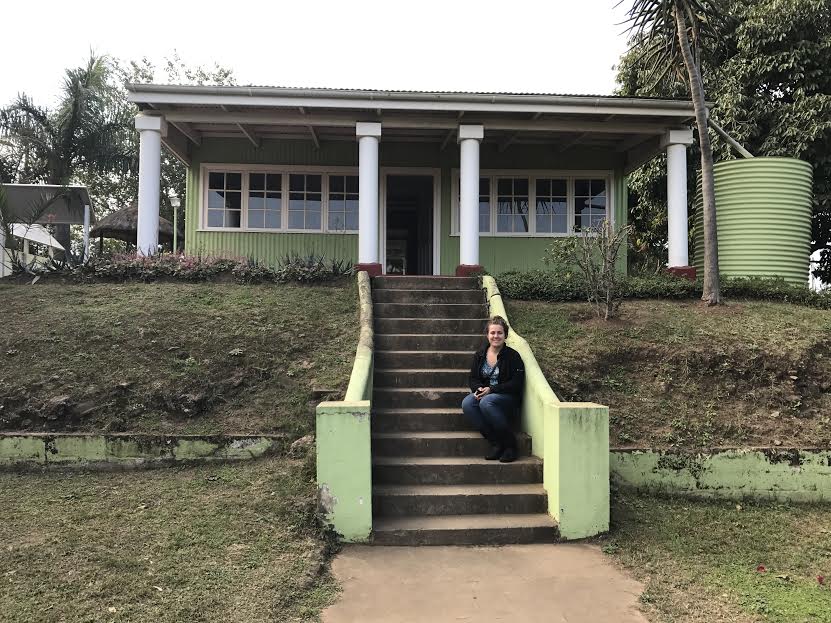 Waking up early in the morning, we drove to the kingdom of Lesotho; a country completely landlocked in the nation of South Africa and untouched by the likes of apartheid.  On the country roads it was fun to see the ‘Rural Stop-Lights’; sheep and cow herders.  It was also incredible to view the mountainous peaks covered in snow in the distance.  I had traveled three hours and went from swimming in the tropical waters to viewing snow. 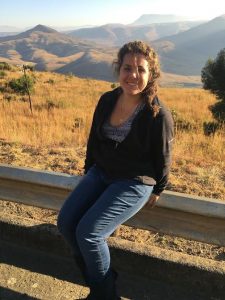 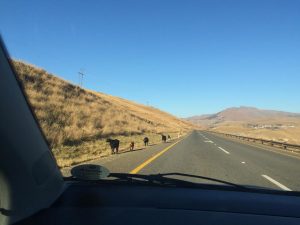 We hired a driver to take us up the Sani pass; winding roads that could only be trekked with a 4 by 4. Slowly the flowing waterfalls transformed into frozen pools. 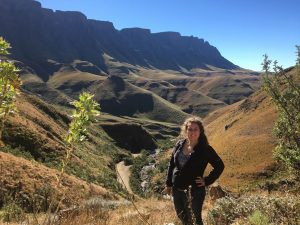 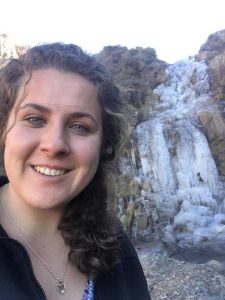 We entered the kingdom of Lesotho and viewed the village surrounding the highest pub in Africa located at the top of the Sani Pass.  It was sad to hear that the area was dying out since the youth were traveling to the city and not returning. 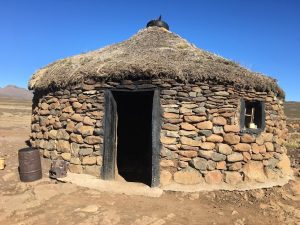 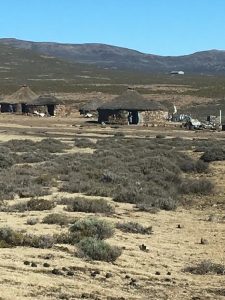 After lunch we made our journey back down the road, awed by the gorgeous views and treacherous winding gravel terrain.  I was glad to explore ‘two islands’ during the weekend to broaden my perception of southern Africa. 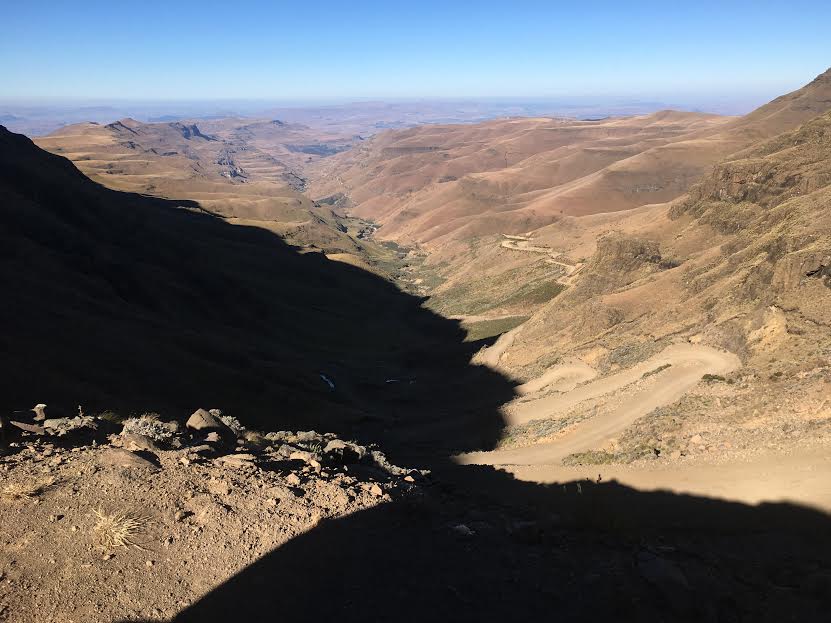