The plane that spirited me away from fair Athens spat me out – sleep-deprived – in the merry city of Istanbul/Constantinople/Byzantion/Byzantium.  Baklava here is, empirically better than anywhere else in the world, and the sights are unparalleled. It is, after all, a Roman Greek Turkish European Asian Muslim Christian Jewish Byzantine Ottoman smorgasbord about 2600 years old.

I had the privilege of meeting fellow Hope sophomore Kaan in Istanbul, one of the many cities he calls home.  We had excellent pasta, good wine, and I got to meet some of his friends.  Incidentally, Kaan is one of the finer jazz musicians I’ve had the pleasure of knowing in a while, so if you see his name in a concert poster on campus, go see him. 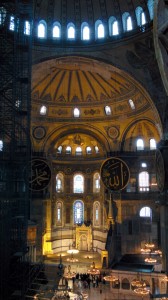 Anywho.  As a good Byzantine major, I decided to hit as many of those sights as I could, but Istanbul is rich enough to be seen from a hundred angles.  I’m afraid I didn’t take too many photos in mosques or churches, largely out of respect, but I have done what I can.  On the tip of the peninsula, the most iconic religious centers of the world all seem to huddle like old men over a backgammon board.  The domes and minarets are splendid.   The Hagia Sofia (the oldest of the lot), is still the largest, and bares the unique position of being both a church, a mosque, and a museum.  Well, officially it is a museum now, but in the mind of all good Byzantinists, its a church, and in the mind of all lovers of Turkish sophistication, it’s a mosque.  I like to think it’s very much all three, no hate.  I’m no fan of Mehmed the Conqueror, but let it stand. God is Great.

A brief zip through time:

The point was merely to explain that the history of this city is very, very long, and worth a little contemplation if you visit it.

There was also a remarkable collection of Eastern Antiquities in the archaeological museum -including what I believe are original lions from the Ishtar Gate -the legendary entrance to Babylon.

And there was the Topkapi Palace, and the Chora monastery, but I really must not out geek myself here.  Suffice to say that I enjoyed my historical bits of the trip very much.  I will give the long-suffering reader a chance to breathe again.

My hostel in Sirkeci, while in a slightly dingier edge of town, was clean and well-maintained by a very international group of friends-cum-hosteliers: a Russian lady from Novosibirsk, a rather cute Syrian guy, several wonderfully informative Turkish folk, and a Turkish grandmother who made excellent apple tea. Also, gorgeous Colombian roommates. Moving on.

I also ate very well. The lira is much more benign to a wallet than the euro, and so I took myself to three course dinners fairly often. Turkish lentil soup (seen below), is absolutely fantastic. 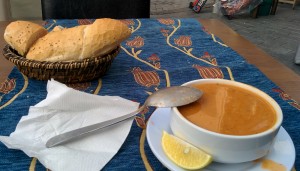 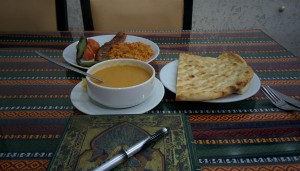 I also found a Malaysian restaurant in Istanbul, to my delight. Nasi lemak, teh tarik, and rendang.  I regret nothing. 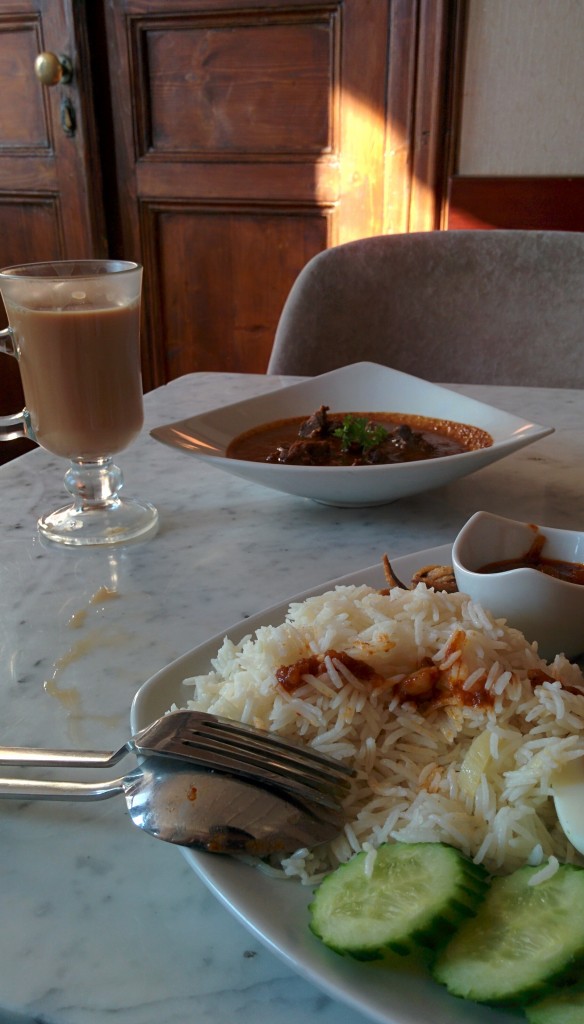 The sheer diversity of the city was truly excellent. I can’t think of a better way of spending Christmas than in the heart of the Turkish, Byzantine, Eastern Mediterranean world.  It’s so strange, I suppose, leaving Europe. It’s so hard to articulate all the things seen, and the places tasted, and the colors and smells that had stamped themselves in my eye like a bad camera flash. Thank you, Europe, it has been excellent.  With this I end my four-month chronicle, and hand it over to the new bloggers.  😉  Have a blast, David and Taylor.  Eat lots, and write more, and see all the things.  Good night!