Of those at the table in the café
where on winter noons a garden of frost glittered on windowpanes
I alone survived. -Czeslaw Milosz, Warsaw 1944.

Everyone was a little puzzled by my utilization of last week’s long weekend.  Why Poland, of all places?  Besides a smattering of kielbasa jokes, the average global citizen knows fairly little of this misty, grassland nation of Eastern Europe.  I didn’t really know how to respond. I’d mention something about the tickets being cheap, and that I had a passing interest in Polish history, and that I liked good soup. 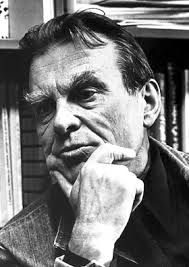 But I really came here on the trail of Czeslaw Milosz, a Polish-Lithuanian poet who survived the Second World War and the Warsaw Uprising only to see a Soviet satellite imposed over the city his friends had died defending. Heartbroken, he defected quickly to the west, and ended up teaching at Berkeley. A devout Catholic with an abiding love for earthly delight, he wrote a lot about his childhood in Poland, and about the Second and Cold Wars, and the meaning of faith in world full of evil.I came across his books in sophomore year (High school), in a busy bookstore in Kuala Lumpur.  He never really answered his own questions, I found, about human evil and divine meaning and antiquated liturgies. His poems, of which I shall geek little more, remained firmly in the tension between belief and doubt, between pain and delight.  And so I’d come with my neon blue backpack and a baggy shawl-neck to visit his grave, and his cities.

The airport was thrown into pitch-black darkness by five pm. Three months of Athenian sun has softened me, I think to myself as I take the bus into Warsaw.
The hostel sits on a quiet street in a quiet city, full of very  well-dressed, very polite Poles who keep to themselves.

The thing about Warsaw, however, is that much of its Neoclassical architecture was rebuilt – almost everything was demolished after the Second World War.  Mind you, this was the heroic city where an army of Jews in the local ghetto opened fire on Nazi storm troopers -and held out for several days. The drama was repeated in the Warsaw Uprising of 1944, where the whole city exploded against the crumbling German front.  And they would have succeeded, had they not been betrayed by the Russians.  But suffice to say, this city has survived a lot, and it’s remarkable how little that’s betrayed by the serene, white streets of Poland’s capital.

On a lighter note:  excellent Zurek soup. And kielbasa. 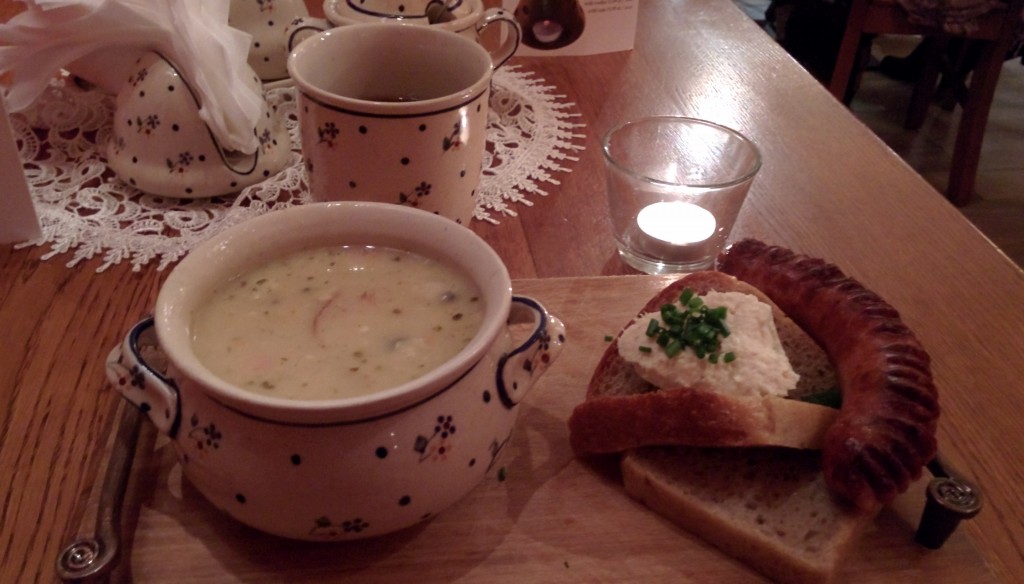 I also visited Krakow, the historic capital of the Polish Empire in the Renaissance world. Center of what was Europe’s largest land empire, and the home of the famed winged hussars (who, by the way, probably saved western civilization in the Siege of Vienna), Krakow kept its older churches and castles miraculously saved.  Apparently a slightly more decent Nazi officer had decided not to level the city with bombs at the last moment. And all the art history majors of the world breathe a sigh of repugnant relief.

Incidentally, Czeslaw Milosz lived in both these cities -Warsaw during the uprising, and in Krakow in his last years after the Curtains of the Cold War fell.  But the city was gorgeous. I also managed to visit his tomb, quietly drowsing in the the Church on the Rock, by the river.  It was terribly moving, standing in that beautiful crypt under the narthex, on the morning after a Bombing had snatched away 120 lives in a distant capital.  Facebook had been exploding with comments and posts and messages, but here i was, literally at the feet of a man who had survived a world war and another, who had weathered revolts and terrorism and totalitarianism. It was good to be reminded of my own frailty, I think.

As much as I could, I stuck to the gorgeous Polish parks when not on Milosz’s trail.  THe trees spread over you like hands and shoulders and it was so eerie, walking through these perfectly still, perfectly safe gardens in the middle a European capital 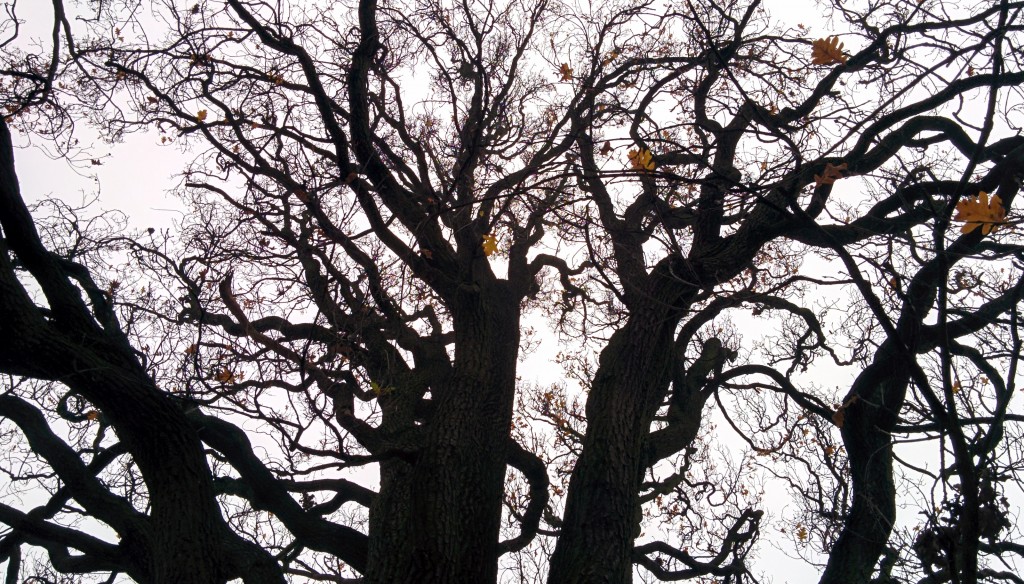 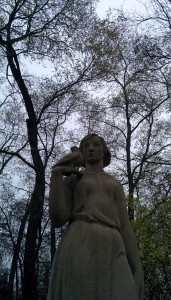 ‘Twas a good weekend.  I’ll end this with no words of my own -just the Poet’s, perhaps all the more apt after the atrocities at Paris.

Of those at the table in the café
where on winter noons a garden of frost glittered on windowpanes
I alone survived.
I could go in there if I wanted to
and drumming my fingers in a chilly void
convoke shadows.

With disbelief I touch the cold marble,
with disbelief I touch my own hand.
It—is, and I—am in ever novel becoming,
while they are locked forever and ever
in their last word, their last glance,
and as remote as Emperor Valentinian
or the chiefs of the Massagetes, about whom I know nothing,
though hardly one year has passed, or two or three.

I may still cut trees in the woods of the far north,
I may speak from a platform or shoot a film
using techniques they never heard of.
I may learn the taste of fruits from ocean islands
and be photographed in attire from the second half of the century.
But they are forever like busts in frock coats and jabotsin some monstrous encyclopedia.

Sometimes when the evening aurora paints the roofs in a poor street
and I contemplate the sky, I see in the white clouds
a table wobbling. The waiter whirls with his tray
and they look at me with a burst of laughter
for I still don’t know what it is to die at the hand of man,
they know – they know it well.