As I sat down at the boarding gate in Pisa heading to Frankfurt, I wasn’t terribly worried. After that adventure in Assisi friendhunting, karma would afford me a hitchless ride through to Göttingen, from the airport.

Not so.  You see, Josh had foolishly booked a Ryanair flight to a minor airport on the outskirts of Frankfurt, while he had booked his train to Göttingen from the main airport, about an hour a half away.  Of course, Josh only realized this just as his flight’s boarding call was announced.  Of course, Josh had to scramble from small airport to big airport, to rebook a second train ticket, and hope to goodness his parents wouldn’t inquire after his travels.  It was about 10 pm when I collapsed into the arms of Federica G., Hope alum and German TA from 2014.  When I recounted my misadventures, we quietly watched Fascinating Aida’s charming ballad, “Cheap Flights,” a salty song I probably can’t share on a Hope webpage that I’d recommend to you anyway.  (Yootoob et.)

My friend -a familiar and welcome face if she ever comes back to Hope- is a splendiferous cultural anthropology grad student, working hard in the little college town of Göttingen.  Besides having about a dozen languages under her belt, a great love of scarves, and an excellent taste in international cuisine, she proved to be an excellent host too, with her bf. I am grateful indeed.

It’s so interesting studying college towns the world round. Thessaloniki, the Greece university city, was extremely upbeat even in early December.  Göttingen was ever so slightly quieter, but it reminded me a lot of Holland, here and there.  Quiet parks and squares and quads and European markets (*coughs* real European markets). The Christmas Markt had just opened, and Fifi took me the next day to sample the wares.  I’ll let the pictures speak where I cannot. 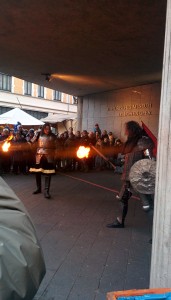 xt stop? Hannover!  It’s a much larger town than Göttingen, of course, and I had the privilege of drinking fresh mead in a little Medieval fair right by the river side.  Also flamkuchen (flame-bread), with cheese.  Oh, and pseudo-knights in over the top duels (Bad picture -the crowd of pitchforked peasants would not have been pleased with my devilry had I been any less furtive..  And castles! 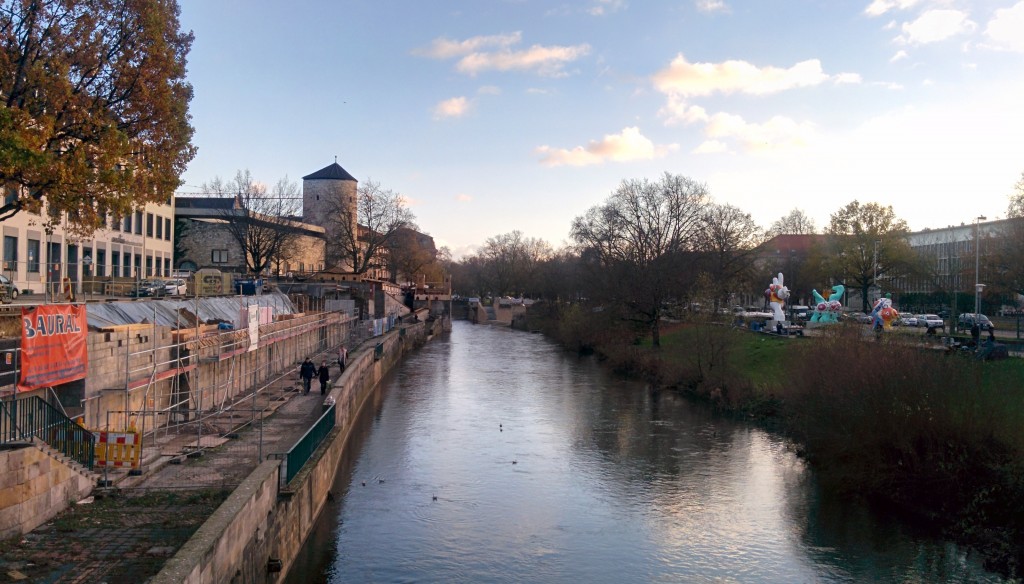 We also went down to the see old royal gardens, but by 4:30 those were squarely closed. No matter.  I got to snap this shot so I’m not griping: 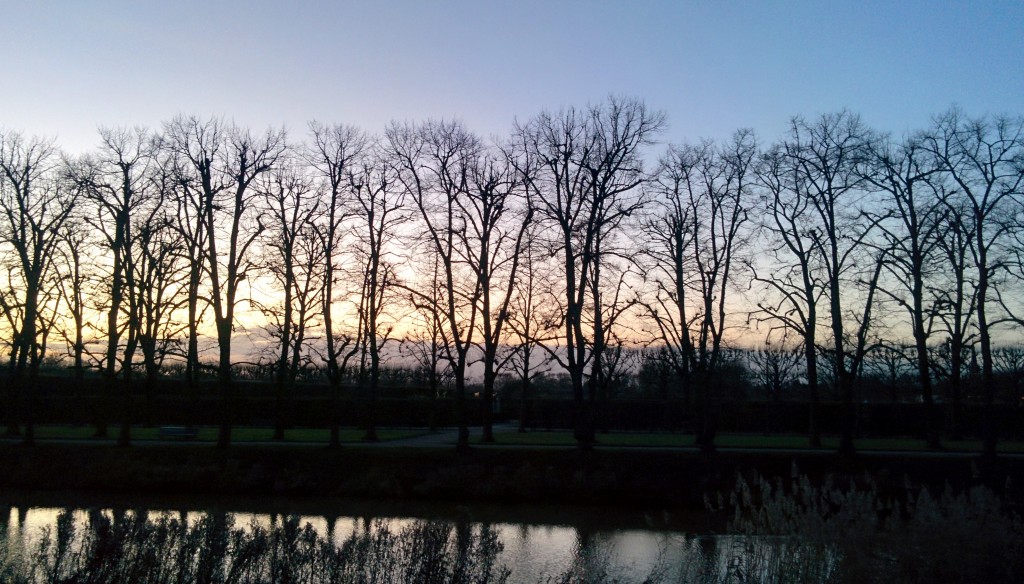 It was a very kind and quiet trip, I suppose, after the heights of Italy and Greece. But I didn’t enjoy it any less. It was refreshing to see, well, living Europeans, going along their daily lives, being college folk just like we do at Hope, being a clearly foreign tourist in a small town full of good food (always an adventure).  And of course, many, many excellent hours with Fifi, Sebastian, and good movies.  You won’t believe the classics I’d postponed watching until I found them in her fine collection.  *coughcough* Mean Girls.  *coughcough* Love Actually.

All in all, thanks so much for a luminous trip through the heart of Northwestern Germany.  It was grand. Till our next adventure!

PS -this is the penultimate post. I’ll do one last shot on Istanbul, and leave this blog to the good hands of my spring successors. 😉