What a fun filled week with great friends, lots of laughs, many blisters, and even more memories!

This past week my program had a Fall Break allowing for extended travels and also an opportunity to walk the last five days of the Camino de Santiago (The Way of Saint James), from Sarria to Santiago de Compostela, Spain. I scooped up this opportunity and was thrilled to be able to spend a whole week with other students in my program, getting to know them better and walk alongside each of them.

El Camino de Santiago is a pilgrimage with many different starting points all with final destination at the cathedral in Santiago de Compostela where the remains of Saint James are believed to be buried. The pilgrimage is most commonly done for religious and spiritual purposes, but also is completed for sport and for cultural experiences. Pre- 1980’s the pilgrimage was often completed by order of a church official, but in the 80’s, a priest named Elias Valina Sampedro, modernized the Way of Saint James and he, himself along with a few others, painted the yellow arrows with road paint from Leon to Santiago and recreated the Camino. Pilgrims can be seen making their way at all times of the year (most commonly in the Summer). There are hostels, bars and restaurants in every small Camino town that host pilgrims.

Myself, 21 other students, and 4 professors and program directors arrived in Galicia late Friday night. We spent our first night in an Albeurgue (Hostel) and began our walk early Saturday morning. The northern Spanish countryside is too beautiful to describe in words or exemplify through pictures. Truly it was breathtaking. 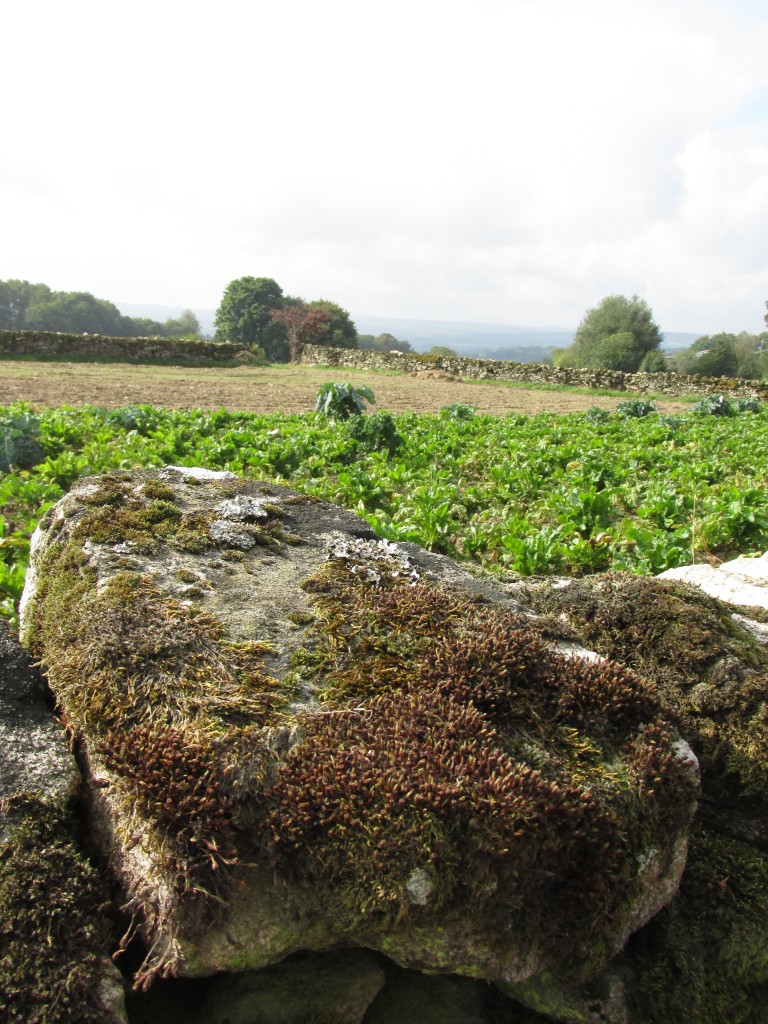 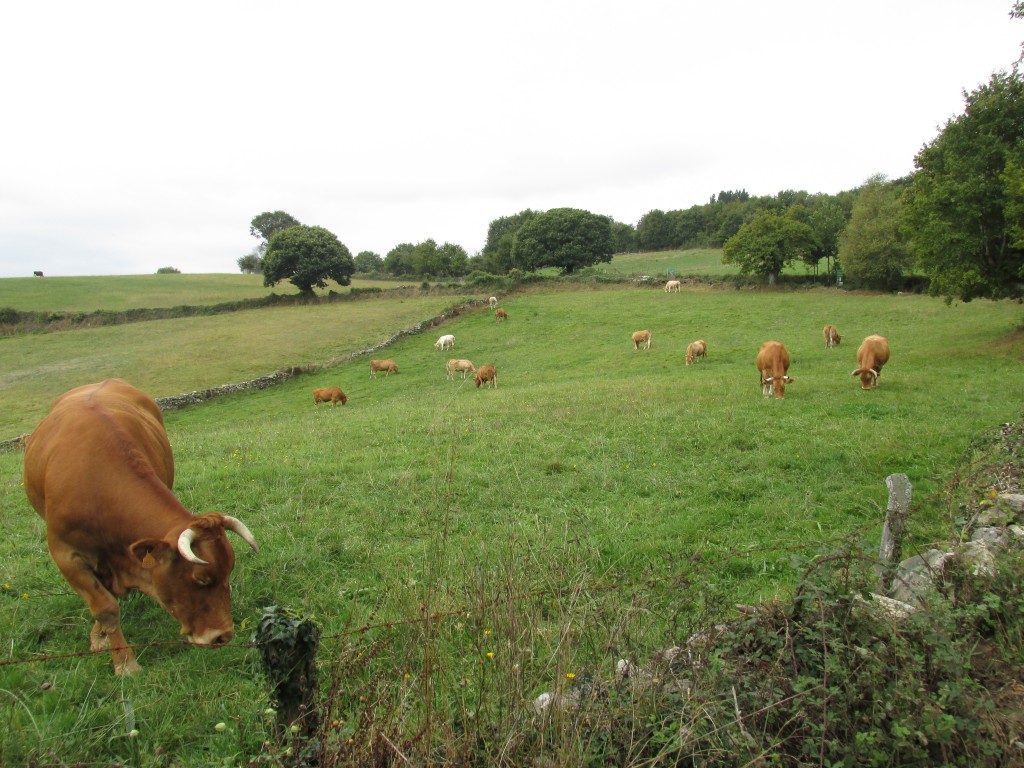 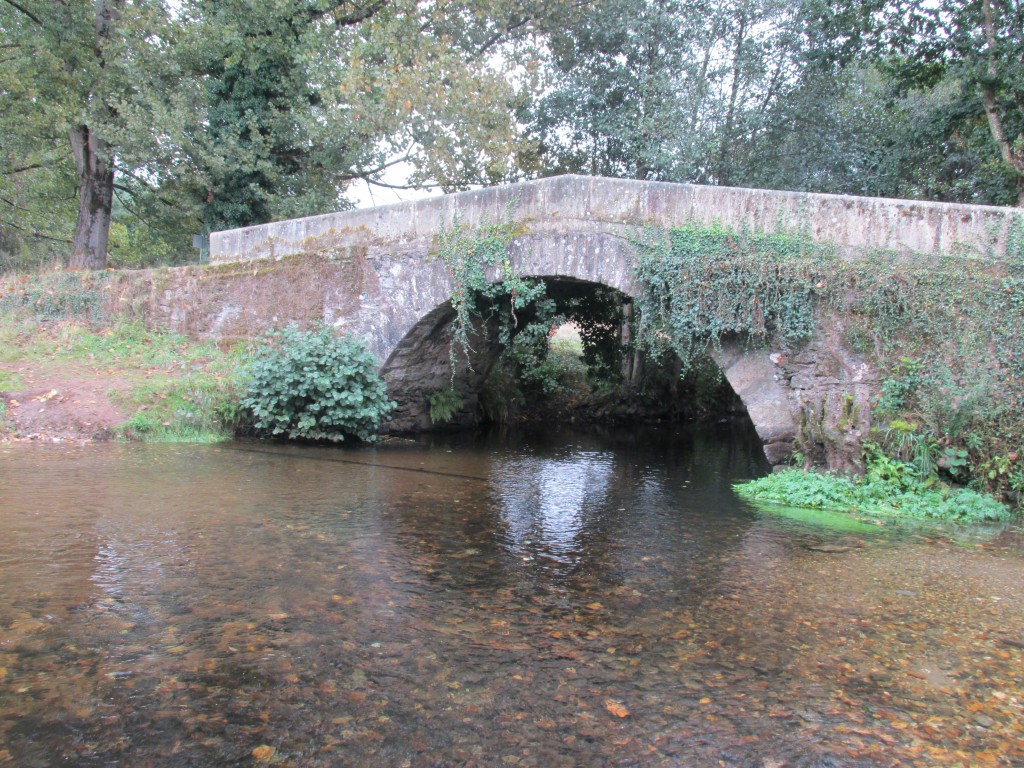 Our daily walking schedule meant: Waking up at 7:30, eating breakfast at 8, and walking started by 9 at the latest. We walked for 4-7 hours each day, with one or two meeting spots along the way, arrived at our final destination for the day by 2 or 3pm, had lunch, showered, explored the small towns, played frisbee or card games, we had dinner at 9pm, and lights were out by 11.

Typical Camino meals were croissants and toasted bread for breakfast with fresh squeezed orange juice and let’s not forget Cola-Cao (similar to Nesquik). And for lunch and dinner “Menu del Dia,” or “Menu of the day,” which included two courses, usually a salad, vegetable soup or spaghetti for the first plate, and some sort of meat (chicken, beef, pork or fish) for the second. And of course dessert. Tarta de Santiago (Santiago cake) can be found at every restaurant along the Camino. It is just an almond and lemon cake, but so, so good!

I would love to be able to say that I completed the Camino alongside my friends, but unfortunately I was one of a few who was not able to. I got on the bus to Galicia knowing that I had had a rough time walking the preceding week (presumably due to city walking and not-so-supportive shoes), but I was determined to walk this Camino! The first two days I walked with very little pain and was thrilled to be doing so well. But it was the beginning of the third day of walking when I had decided to call it quits due to a completely blister covered right foot! Then with both blisters and minor pain in the other foot, I knew it was best to sit out the rest of the Camino. I, along with two others, would take a taxi to the groups final destination spot, welcome them into town when they arrived and spend the entire evening with the group. And even though I wasn’t able to participate fully, I never once regretted getting on the bus. The relationships built and memories made were far more valuable than walking through the beautiful countryside in pain (and rain!), just to say that I could.

The group triumphed their way to the Cathedral after their 5th day of walking and, wow was it so fun to watch them come into town after 110 kilometers of “camino-ing” (68.5 miles). We spent Wednesday evening and Thursday in the city of Santiago before hopping back on the bus to arrive in Alicante early Friday morning.

After a quick, Friday morning nap, I was so excited to see and chat with my host family once again. I had dedicated my weekend to my bed and the couch to better my aching foot, but I’m thrilled to be back home and in the presence of my “family.” My host mom’s concern with my foot has just been the sweetest thing! It’s small things like this that make me feel at home and truly loved by another family living on the opposite side of the world. All in all, it was such a rewarding week and I would do it all over in a heartbeat! It may have not gone as exactly as planned, but such is life, no?

On to the next week’s experiences.