One thing I love about Rennes is the fact that it’s located in Bretagne (Brittany). I had no idea how special this region was. No clue that I was coming to live in a place so heavily influenced by its Celtic roots. It has been amazing to live in a region so unique and proud of its heritage.

To begin with, Bretagne used to be its own nation. One of the six Celtic nations in fact, and its two primary languages were Gallo and Breton. It later became a duchy, and was finally annexed by François I in 1532 to become a province of France.

Breton and Gallo are actually still very widely spoken, and many of the cultural activities are heavily influenced by the region’s Celtic legacy. For instance, Fest Noz (“night festival”) feels like a cross between contra, line, and Irish step dance. CIREFE recently hosted a Fest Noz for us foreigners. My friends and I had visited a Fest Noz once before, but everyone already knows all the dances! We watched the dance and enjoyed the live, Gaelic-sounding music, but couldn’t join in. So the CIREFE Fest Noz was very welcome! 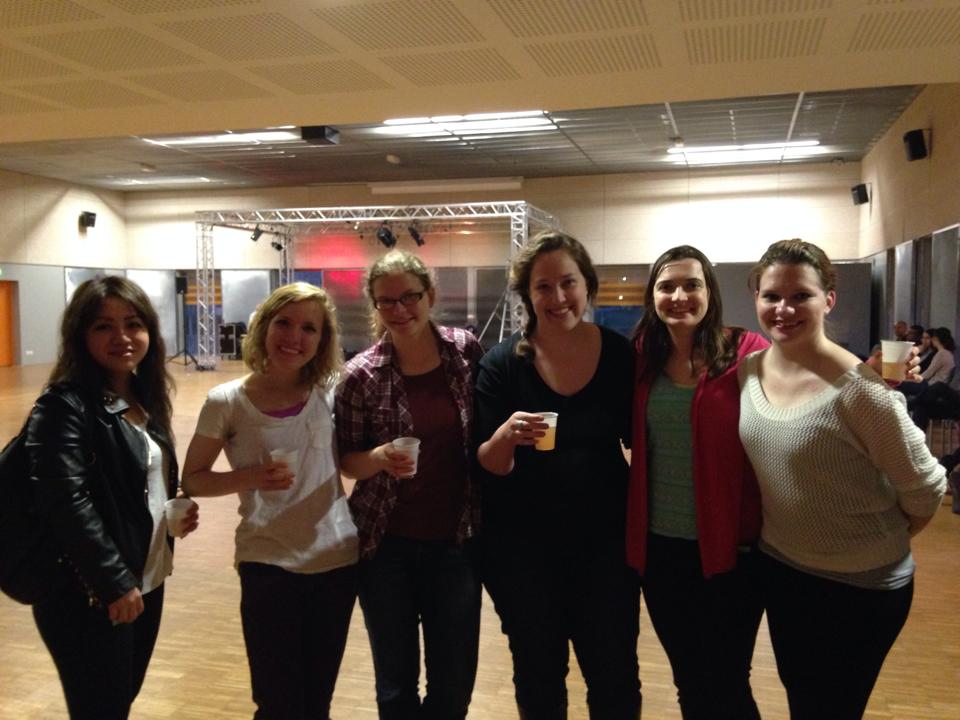 Bretagne, like all the French provinces, has special regional food. Bretagne is known both for its butter and for its apples, so it’s no surprise that cidre and the kouign amann  (pronounced “Queen Ahman”) are two of its most famous products.

Cidre is basically apple cider, but slightly fermented. You can find it both brut (a strong 5% alcohol content or douce-2.5%). The traditional mug is called a bolée, and this one is decorated with a triskell, a traditional Celtic symbol. Cider is wonderful because you can find it in any bar, and it’s a nice low-alcohol alternative to cocktails or beer. The kouign amann (“butter cake”) is a buttery, slightly caramelized pastry with delicious flaky layers. They’re usually round, but I tend to go to the same bakery for my pastries and they were square there. Let me assure you, these things are NOT overrated.

If you’re thinking of going to Bretagne, you should also know that it rains. Incessantly. I know I’ve mentioned this in my posts before, but I’m bringing it up again to point out something that deserves a bit of spotlight: the sky. Yes, it rains all the time, but the SKY becomes this gorgeous three-dimensional canvas of greys. I’d never noticed it until our Resident Director pointed it out, but a variety of greys can actually be mysteriously beautiful. I’ve started just staring at the sky on cloudy days because it almost looks like another earth. And the rainbows are frequent and fantastic.