After four days at the Big Hope 2, it is still hard at times to believe that there are students from 40 different countries here. We have done a lot of listening and learning through the seminars and discussions, but today was our day to finally get a bit of a break as we went on a variety of day trips. Along with about 10 other students from Hope College, I went to the quaint town of Chester, and old Roman barracks. So yes, the walls surrounding the city were built about 2,000 years ago, though they were later rebuilt and strengthened after the English Civil War in the 17th Century. We walked along these walls to get to (what was left of) the Roman Gardens and amphitheater. the walls leading over part of downtown Chester.

My favorite building that we visited was the Chester Chapel. It is a massive structure filled with discreetly located chambers, mysterious staircases we weren’t allowed to investigate, an actual garden in the center of the chapel, and on this day, a slew of antsy schoolchildren preparing for the Chester Mystery Plays – a huge festival put on by professionals in the area as a cultural celebration. 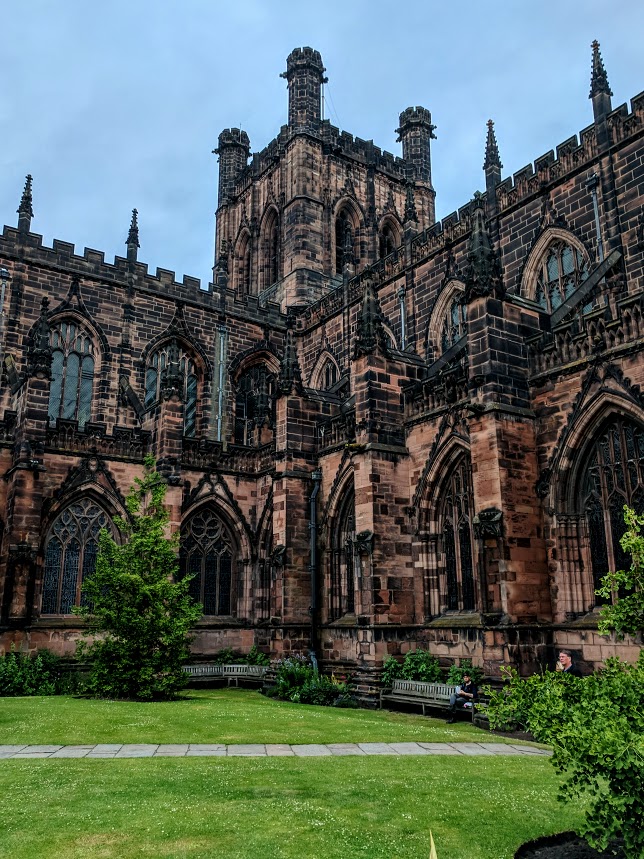 The greatest moment of the day was eating lunch by the docks on the River Dee. There we encountered a grey-bearded man fully adorned with a leather jacket, and artfully wielding an accordion. A couple of girls from our group began chatting with him and he soon opened up to us and talked about some of his experiences, which included him learning to play the harp in South America. As we selfishly deprived the locals also catching lunch of  their entertainment, he finally asked if any of us played musical instruments. Between the seven of us we had one saxophone and one viola player. “Ah,” he responded thoughtfully, “no young people play music anymore.” 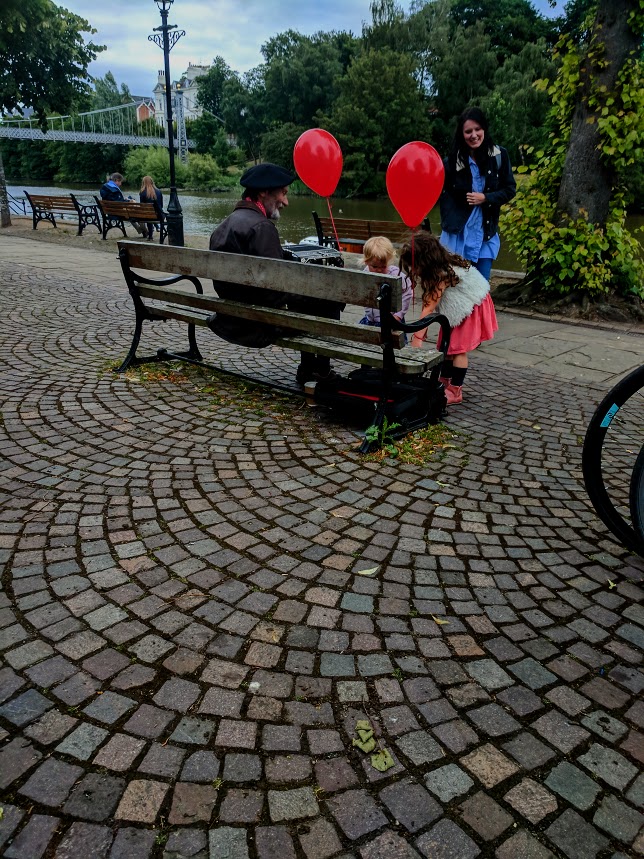 As some of us were meandering our way back to the bus, we found a local couple with a corgi – ok fine, we found Colin the Corgi and then noticed the couple. Anyway, we started talking to the couple about Chester, the World Cup, and how we ended up in England. It turned out that the guy had gone to Liverpool Hope, the university who is hosting us, and they were incredibly open and friendly. Like most of the British we have come across in the region, they made the extra effort to ask us questions and make us feel welcomed. I think I speak for us all by stating that this conference has taught us a lot, but the people we have been surrounded by are truly what have opened us up to fully take in all that the Big Hope 2 has to offer. 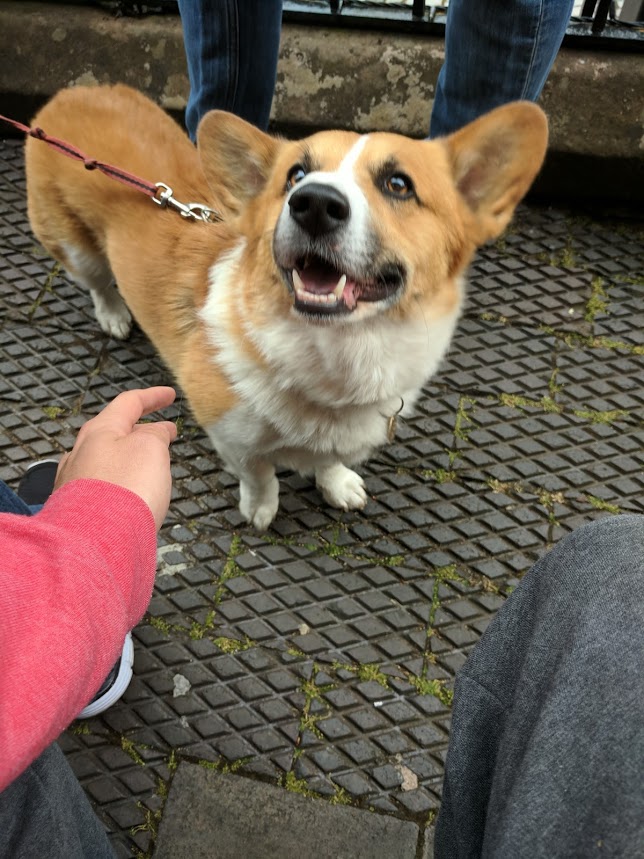