Last weekend, my classmates and I got the wonderful opportunity to attend a show at the Royal Opera House in Muscat! The show had performances of traditional Arabic music. Although I couldn’t understand a single word of it, it was amazing! The upbeat rhythms and the syncopated accompaniment of the harp-like instrument and tambourine was something I was not very familiar with. The vocalists were incredible and each had their own genre-specialization.

The show began with a male vocalist, Mohamed Al Jebali. Many of his selections were upbeat and quickly cadenced. He sang so beautifully and he had incredible runs. However, the runs were extremely different from the western music many of us are familiar with. The way he sang, he used a technique very similar to vibrato. It sounded similar to the vibrato on a string instrument, but not quite. On top of the very difficult runs, he would hold long notes for 15 or more seconds! He was an extremely talented vocalist. In addition to his voice, it was interesting to hear how different instruments were used and amplified in different songs and throughout some songs. The hand drum, I think, was the most interesting to hear and watch. The technique was similar to the kind used when playing the tambourine. Yet, there were some songs that the drummer would produce, quick sixteenth notes with one hand, and it was difficult to tell how they did that. The entire experience was new and exciting. Although I was not sure what the words were or what they meant, I could really appreciate the vocalist and the accompanying band.

After intermission, the next vocalist, Leila Hejaiej came out. She seemed to be well known by the audience and well liked. Many of her songs differed from the songs of the first vocalist in the sense that they reminded me more of ballads. It was very interesting to witness how many songs resonated with the audience. There was more than one moment that the instrumental would start and people would begin clapping along with the beat. This hadn’t happened in the previous performance, which I found a bit odd. Then I started to get the feeling that the songs the female vocalist had chosen were folk-type songs that many members of the audience knew, and knew well. At certain points, in some songs, she would be singing and she would then cue to the audience, and they would respond by singing what seemed to be the correct part. It was very interesting to witness a performance that was so interactive after just witnessing a performance that was not. I enjoyed being in a space where the performance of traditional Arab music became a celebration of tradition.  When she was finished with her set, the female vocalist gave a speech and invited the male vocalist back on stage. They finished the night with a set of duets, and then it was all over.

It was such an incredible experience to witness a culture through its music. In the time we had been living here, most of our cultural knowledge came from the classroom or field trips. Though I couldn’t understand the words, the music still told a story I could follow. The vocalists’ voices painted a picture. The performances I witnessed Friday night added to my understanding of the culture I was in. I was able to appreciate Oman’s beauty from a different perspective, and I am so thankful to have gotten the opportunity. 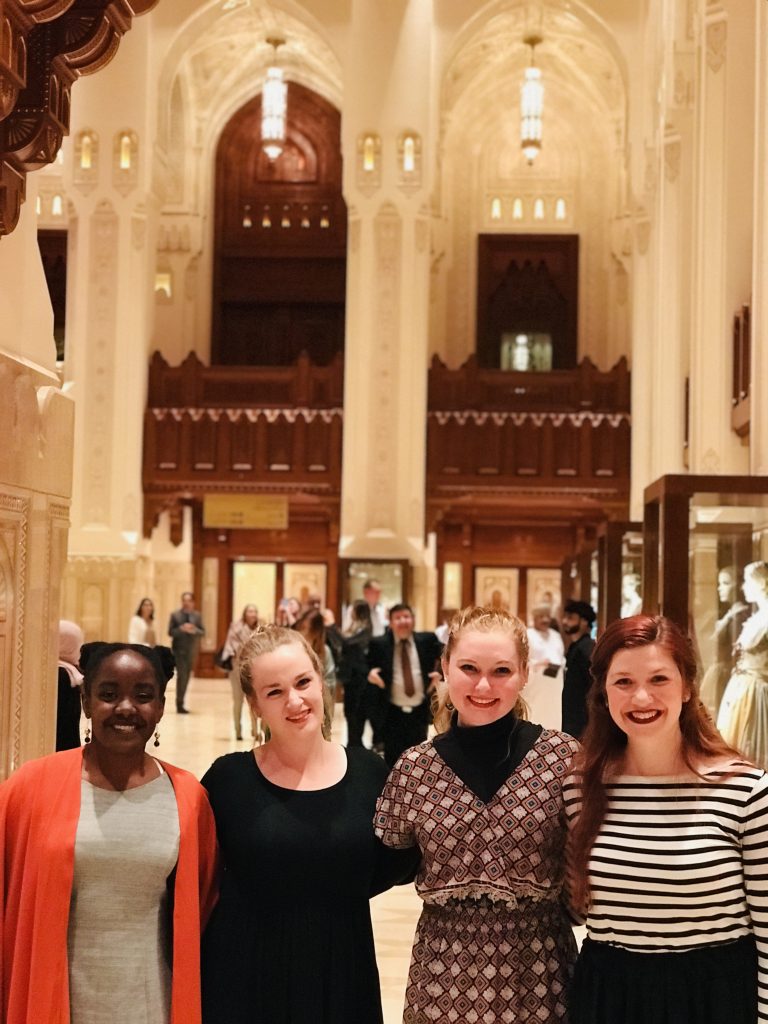 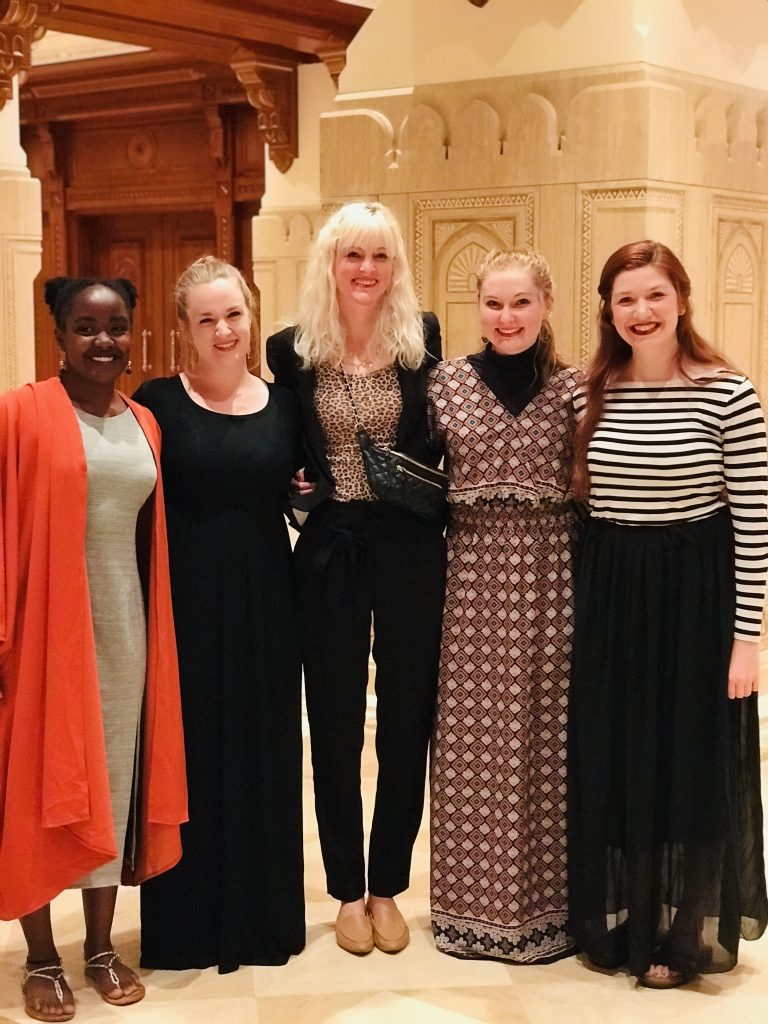