The next segment of the IES Spring break tour led our group to a ‘lazy’ rafting trip in the outskirts of Nelspruit; a mountainous and lush landscape about an hour from Kruger National Park.  We wet-suited up, due to the cold, but were confused when we additionally had to wear helmets.  Turns out, the river was no longer lazy with the excess rains.  In fact,  this rapids journey ended up being one of the scariest but thrilling adventures that I have ever experienced. 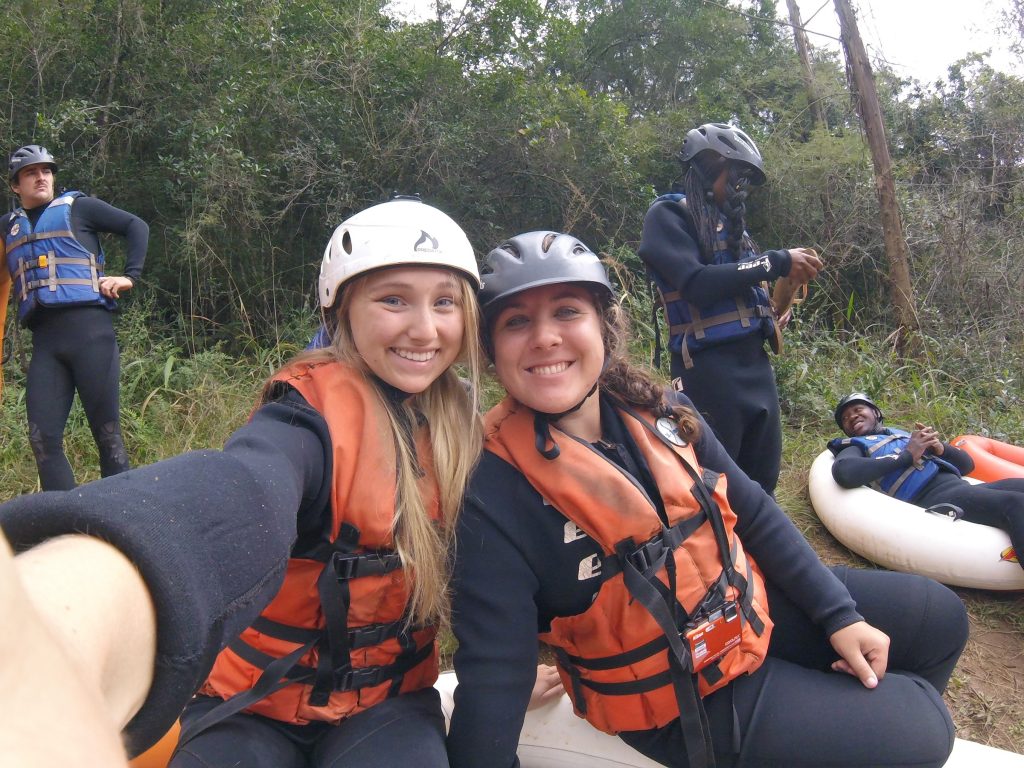 A couple of years back I went white-water rafting and loved coasting over the rapids.  Looking back I think it was the addition of a guide on the raft that aided in my ability to focus on the fun and ignore my inner fear of falling out of the raft.  On this river, we were given a single tube so I no longer had this luxury.  Luckily, I got over this worry real fast as my first rapids found me spiraling down the river without a paddle or my tube.  Although slightly terrified, it ended up being one of the best adrenaline rushes yet.   It was an extreme roller coaster that was super fun! 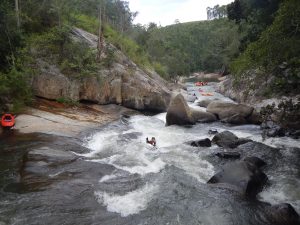 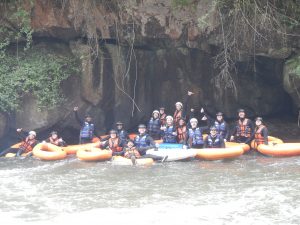 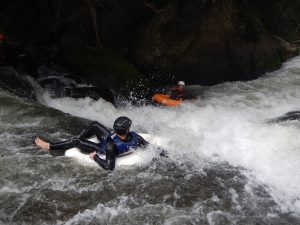 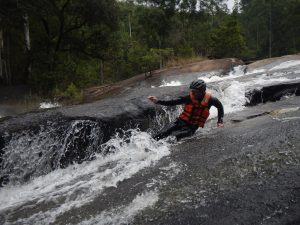 Along with floating down the rapids, the journey was heightened when we hiked in the rain forest to bypass dangerous rock formations in the river and jumped 20 feet into a pool to go around a waterfall; it was so beautiful! 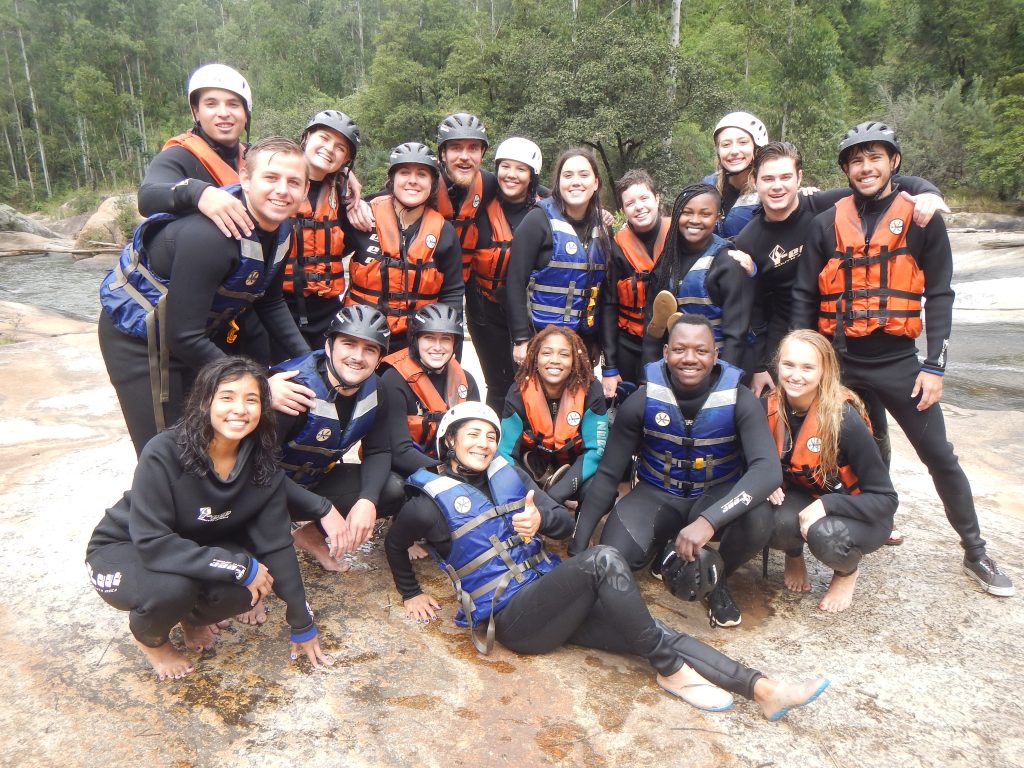 Although there were mixed feelings about the activity, I think it was cool that we were able to get through safely as a team 🙂  The students in my program have truly become a family away from family.

After our morning adventure we made our way to Johannesburg to tour the Apartheid Museum.  It was quite a change of pace but necessary in order to capture the diversity of South Africa. 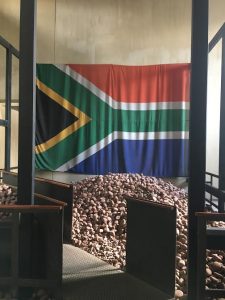 The commonly interpreted apartheid struggle of ‘black versus white’ was deeply explored in the museum whereby the intersection of human lives, skin color, and a turbulent political environment was explored leaving you with feelings of sorrow but a lasting call for hope.

To enter the museum a ‘skin tone status’ was written on your card as either ‘European’ or ‘Non-European’.  You could only go in the door that corresponded with your card.  You could not control if you would be split up with your friend or traveling party.  This start of the museum simulated the separation of individuals (even among family members) during apartheid based on peoples uncontrollable factor of skin color.  Through this entrance, exhibits explained how the Nationalist ruling party had researched a variety of oppressive society’s to form the ‘perfect’ segregated nation. 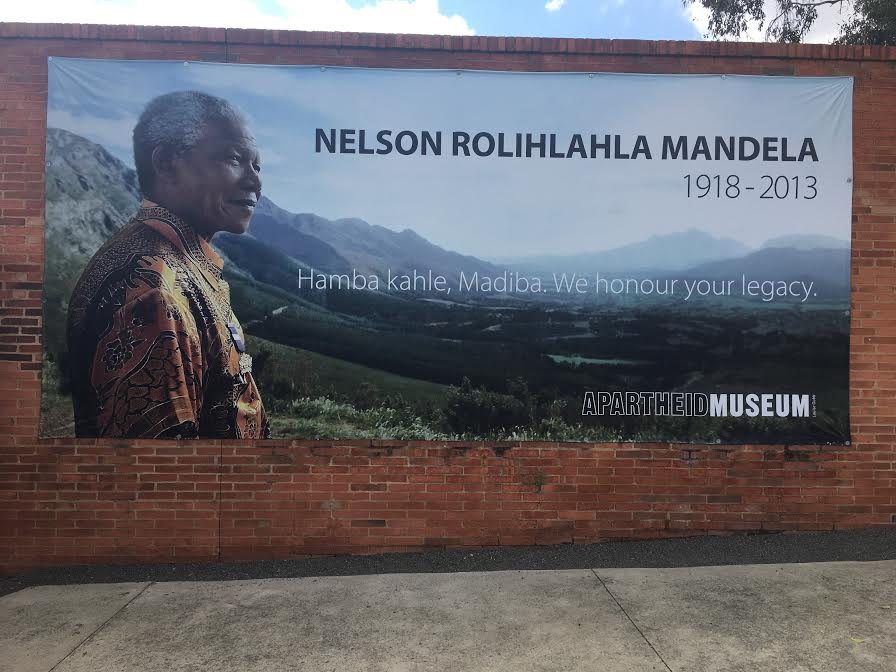 While the many terrible actions during the regime on both sides of the spectrum were depicted, the museum also commemorated the working efforts of the many individuals who fought against injustice.  The work of Nelson Mandela was pivotal to the rise of democracy; however, his coming in to power would never have been possible without the efforts of the everyday South African.  It is to these courageous people that the museum  pays ode to. 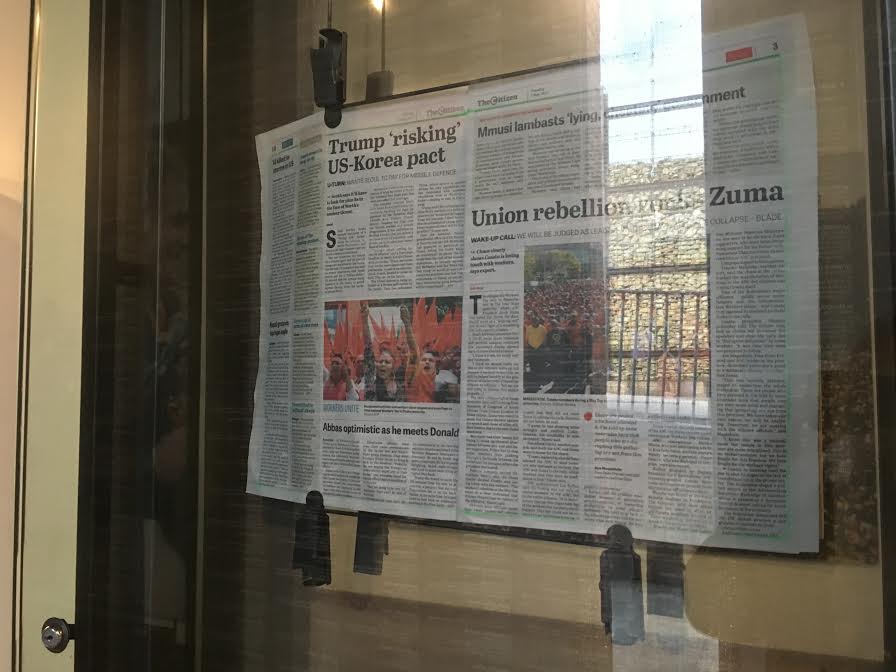 It was quite refreshing to view newspaper clippings of current politics and  actions in protest to the highly controversial ‘past freedom  fighter’ President Zuma.  The museum expressed all of the nation’s history no matter how ugly and with total truth in these clippings.  The current post showed the awareness of political matters in the South African people. 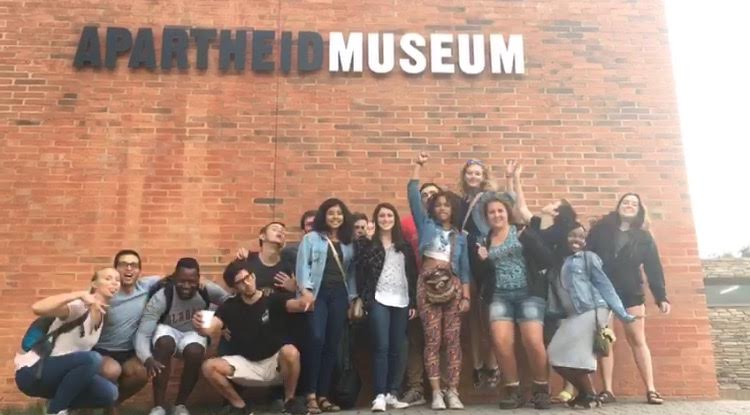 This political awareness seen at the museum and also in my time at the University of Cape Town leaves me with hope for the future of  South Africa as I have viewed on multiple occasions  people talk about politics and uncomfortable topics freely.  There is something amazing about individuals from ranging back grounds and political opinions coming together in a civilized manner to discuss ways to reach a common ground that could make a world comfortable for all members.