Finals week finally arrived for all of us at IES Paris! While I feel like I’ve only been in Paris for one day, it’s been seven weeks of unforgettable experiences. Since our finals happened to be on the Fourth of July, the staff at IES Paris decorated the IES center with American flags and streamers. Our professors and staff have been incredible to work with, and we’ve all become extremely close. It’s hard to turn in our last final, but we’ve all learned so much and made great internship connections.

After we crammed for finals and turned in our exams, IES took everyone out to a fancy farewell lunch at a restaurant called Deuz. We were served fried eggplant rolls filled with goat cheese (sounds weird, but I promise it’s actually the best appetizer I’ve had), and some of the best duck in Paris with everyone at IES Paris. We were sad to say goodbye and we all hope to come back to Paris to visit everyone!

Even though it was the last week, we still had some exploring left to do. We visited the Paris Mosque, which is one of the most beautiful and intricately decorated buildings in Paris. The bright blue tile floors were gorgeous in the sunlight, and the mint tea served there changed my life. Tea will never be the same. The gardens were beautiful, and since the Mosque is a hidden gem of Paris, we were able to enjoy the gardens in peace with no tourists. 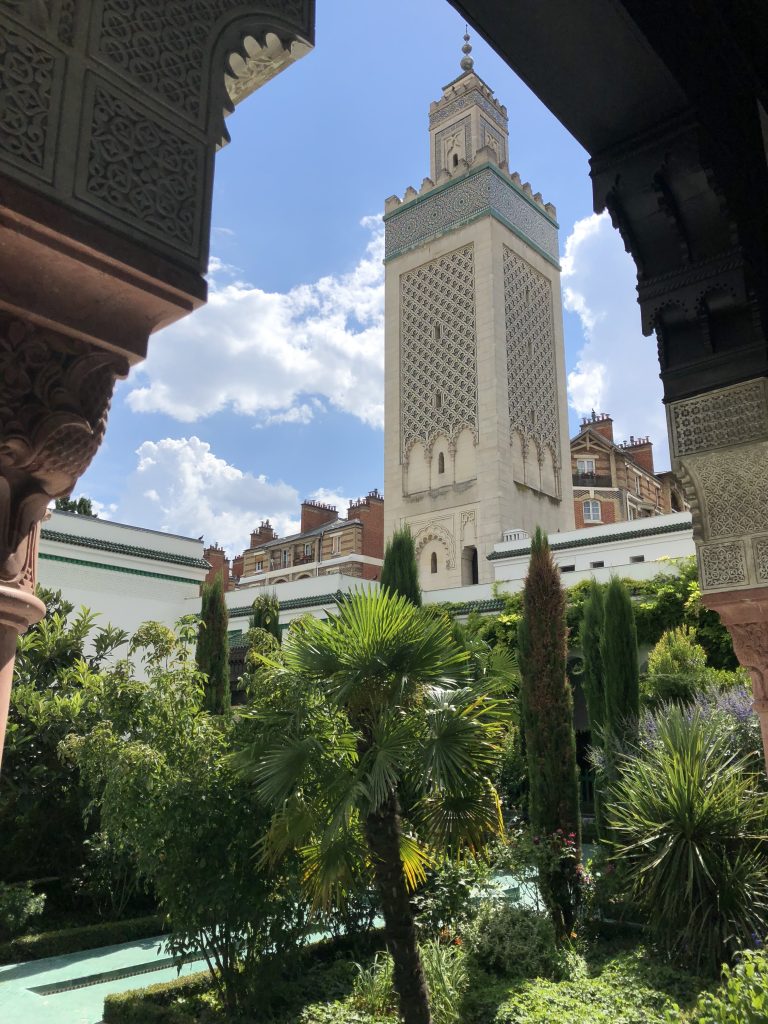 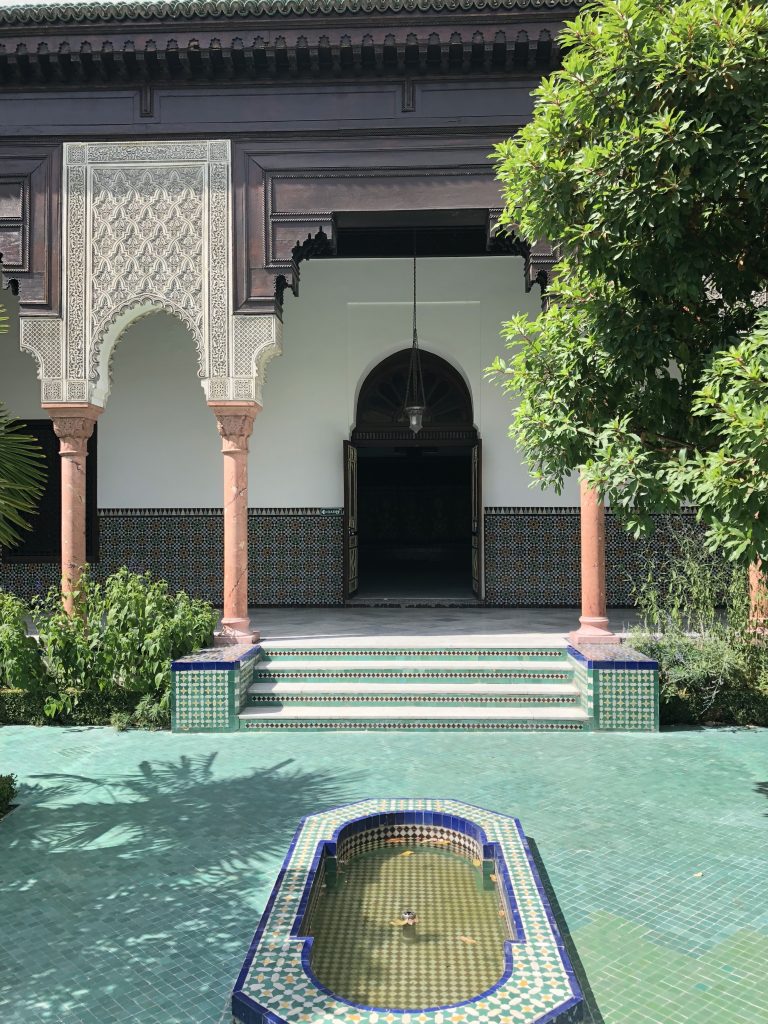 A few of my friends from Avondale (my high school in Michigan) happened to be in Paris while on their trip through Europe during my last week. I was super excited to meet up with them! I took them to my favorite crêpe place, La Crêperie de Josselin for lunch. We had a blast catching up and exchanging travel stories, all while enjoying some of the tastiest crêpes in Paris! (Shout out to the IES Paris staff for introducing me to this crêperie!) 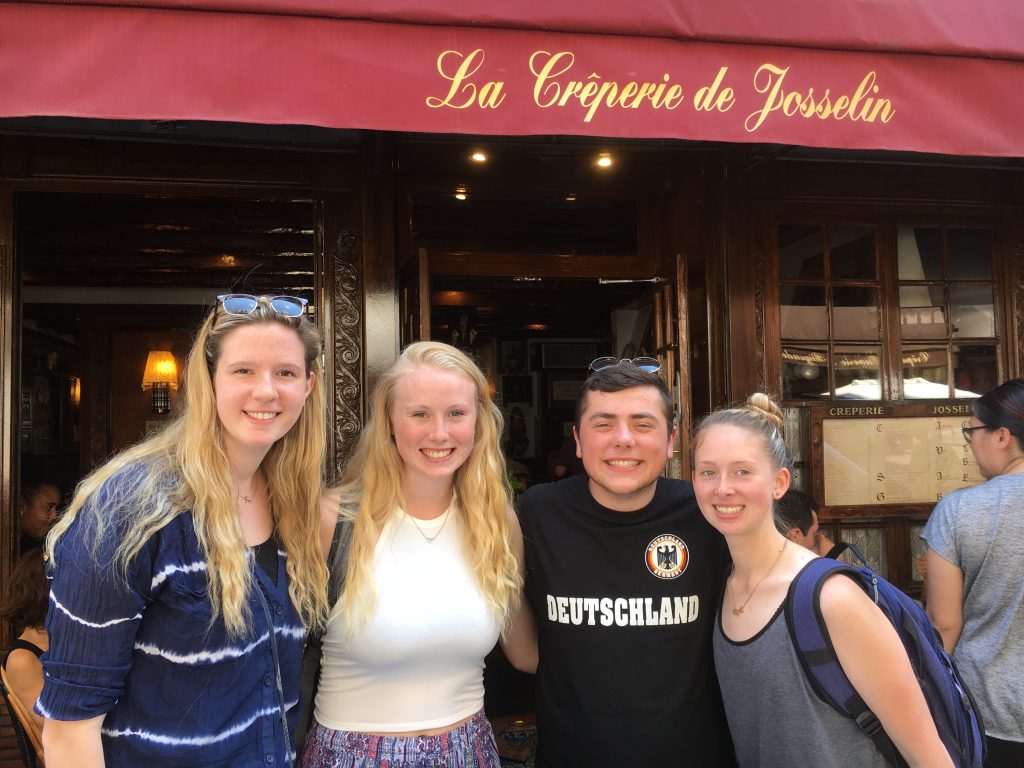 Shortly after, I explored the city visiting some of the places I still needed to cross off my list. One of these places was the famous Love Lock Bridge. This bridge is an icon of Paris, but unfortunately Paris removes the locks each month to keep the bridge from collapsing. Although, I was not disappointed, as there were hundreds of locks on the bridge. I hope to come back one day and put a lock on the bridge, as this ranks pretty high on my bucket list! 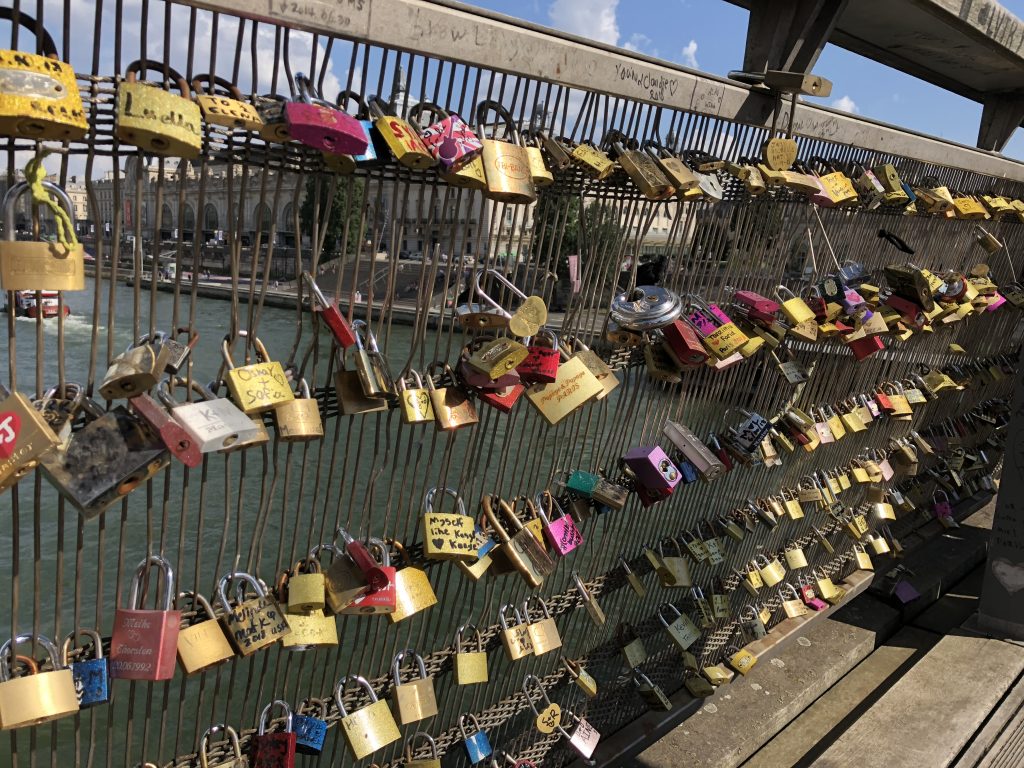 For my last night in Paris, I decided to do something special for myself. I bought a ticket to the top of Montparnasse Tower, which is the tallest building in Paris. I stayed for the sunset and watched the Eiffel Tower sparkle at night. The view was breathtaking and I could see for miles beyond Paris. I enjoyed some fantastic chocolate mousse while watching the sunset from the skydeck, because when in Paris, why not?! It was a great way to close my summer semester in Paris and the view of the city is something I will never forget. 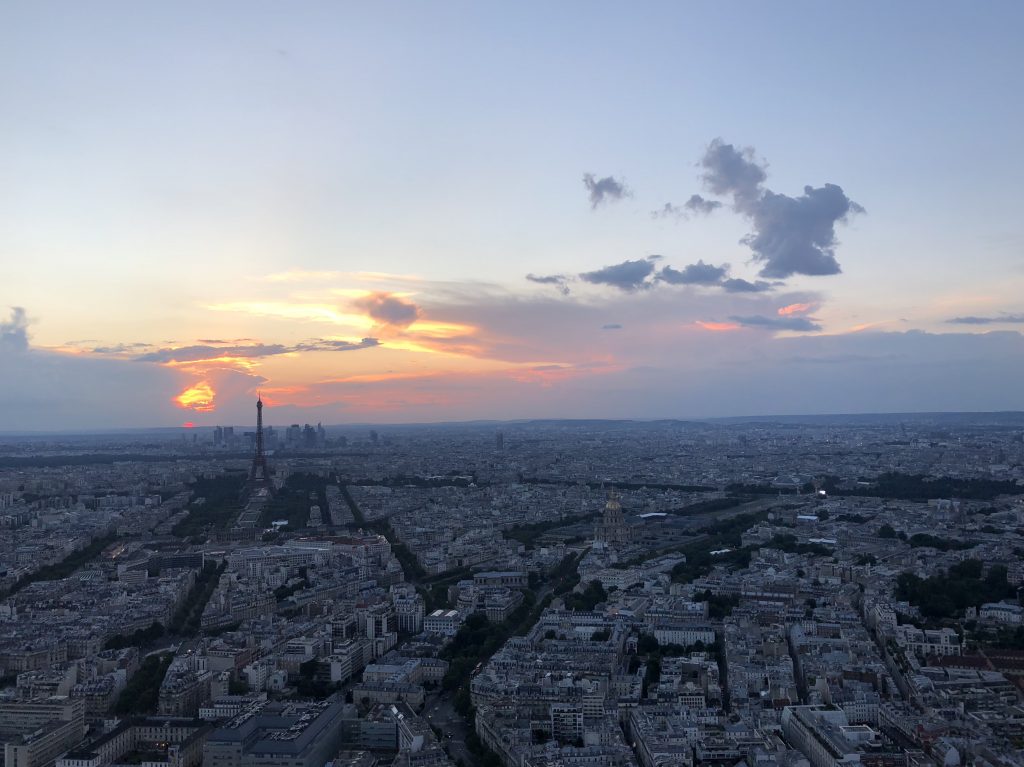 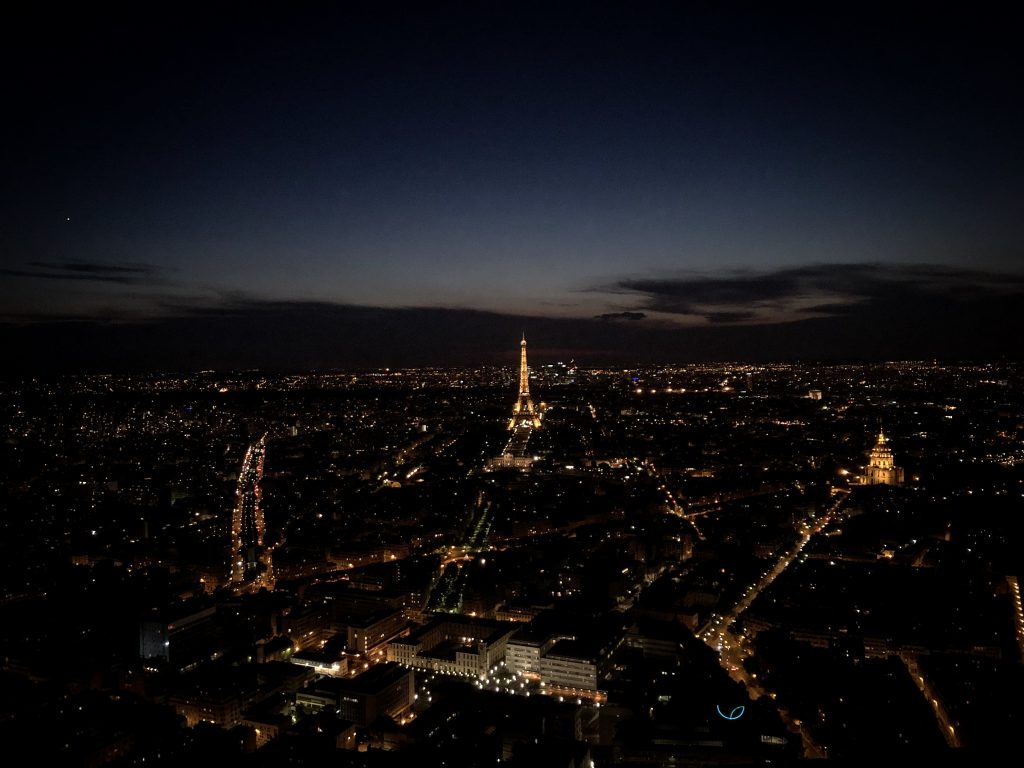