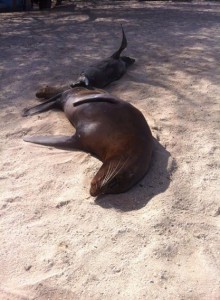 We made it to the Galápagos Island of San Cristóbal (also known as Sea Lion capital of the world)! I’m still having a tough time comprehending that I have been abroad for a little over one month.
We left Quito a week days ago and taking a plane from the city of Quito to Guayaquil and from Guayaquil to the small airport of San Cristóbal. San Cristóbal is small in comparison to Santa Cruz with a population of only 6,000 people. So picture the population of Hope plus a couple thousand extra and you have all the people that live on this island. Oh and it also only takes 15 minutes to drive from one side of the island to the other.

Driving to campus we were greeted by a beautiful view of the ocean with pristine blue waters. That’s right, the beach is right across the street from our campus! Playa Mann is nicknamed Sea Lion Paradise because there are so many sea lions roaming around in the sand. The sea lions are so comfortable around humans, that they literally swim right up to you, going between your legs and right up to your face when you are snorkeling or diving in the ocean. They especially like the bubbles from your regulator when you’re diving. It’s one of the most amazing things I have ever seen. And let me tell you, there is nothing cuter than a baby sea lion, frolicking after another baby sea lion, in the sand.

For my Marine Life class we are responsible for coming up with a research project based on something we can observe on the island. My friend Kristi and I are looking into the familial relationships between sea lion pups and their mothers by studying how long the pups nurse, and how many pups are nursing at one time. The sea lions gave birth shortly before we came to the island so there are plenty of little pups running around. They communicate by barking at each other, resulting in the beach sounding like grunts and burps all day long (we can sometimes hear the lobos all the way from the university). 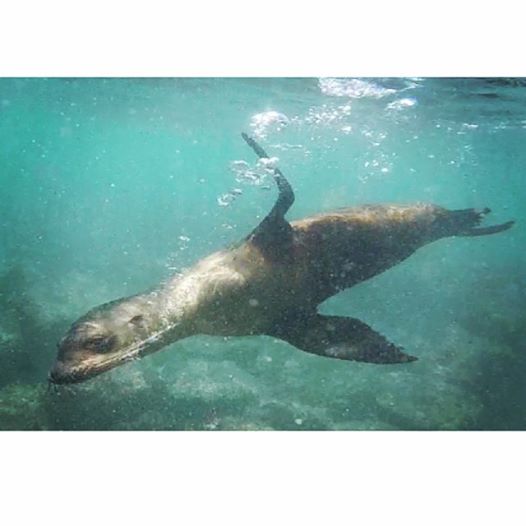 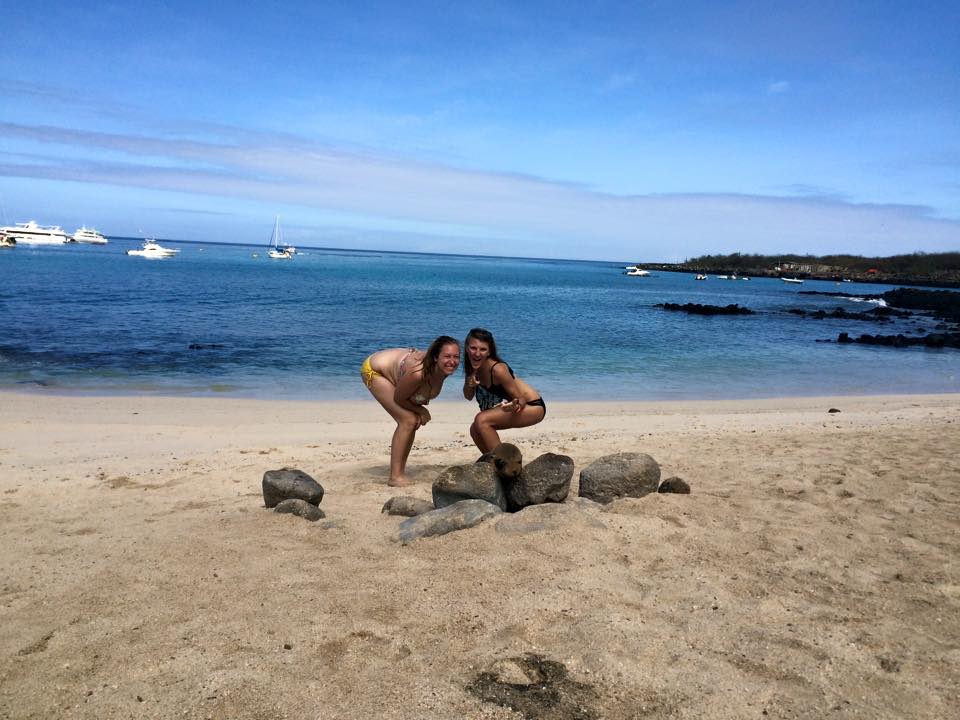 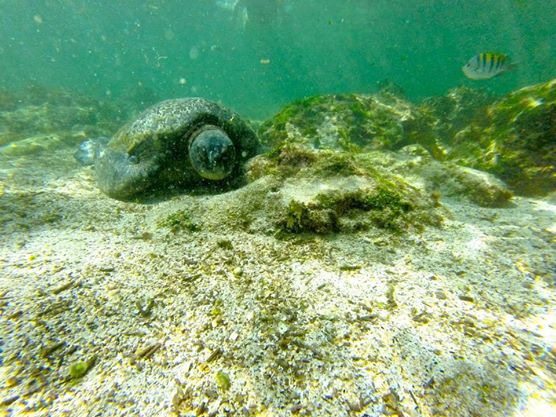 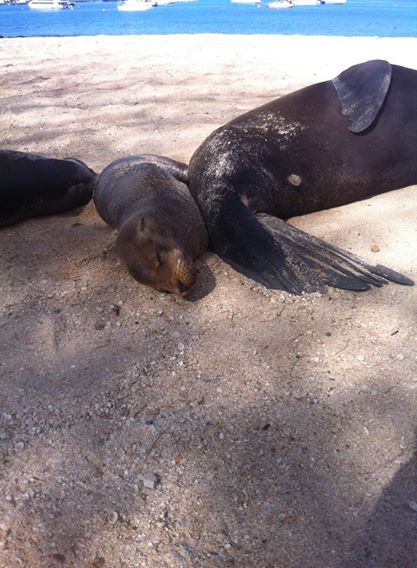 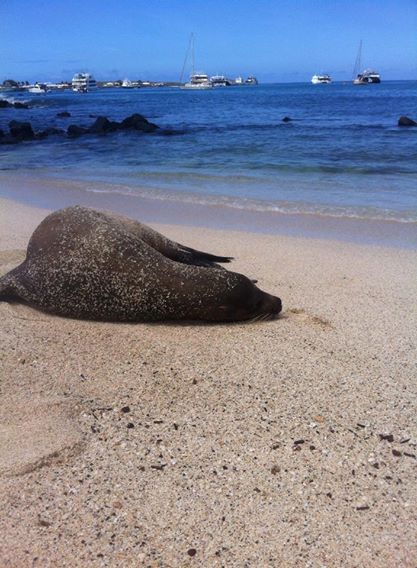 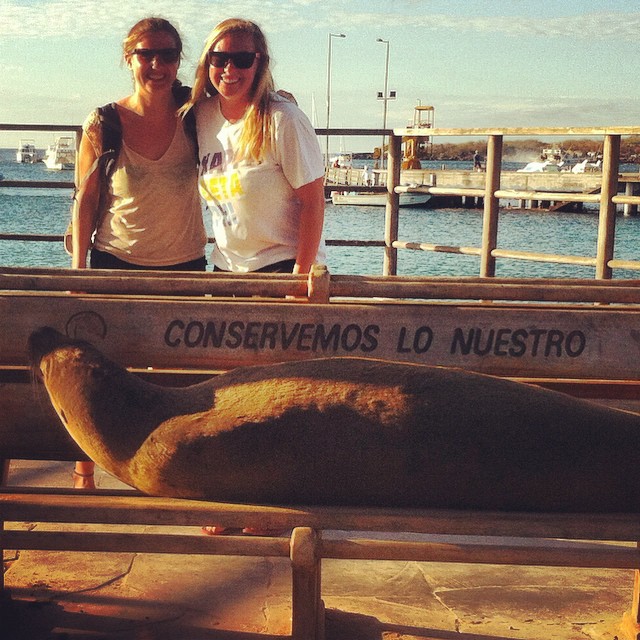