Philadelphia to Athens. Seven hours of sitting. “There’s no way this is actually my life,” I thought to myself, plugging into an album of podcasts I’d downloaded for this very long, tr 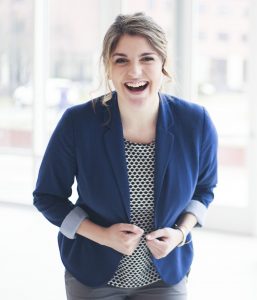 ansatlantic flight. I was about to embark on possibly the most influential, formative week of my life.

This year was the first year the New York Times selected a student delegation to attend their annual Athens Democracy Forum. Every year, the NYT invites a wide selection of world leaders, activists and speakers to discuss various issues pertaining to democracy. I was one out 23 students from all over the world chosen to represent their respective universities to contribute to these discussions.

I arrived in Athens disheveled and jetlagged, naive and anxious. This is what happens when one travels unaccompanied across the Atlantic for the first time, I suppose. Some of my colleagues, which I’d met on my flight to Athens, and I took a very expensive cab ride to the American College of Greece, where we were staying. The R.A. on staff kindly welcomed us, and helped us move our bags into dorms (which, by American standards, felt like a long stay at a Hilton hotel―we even had our own balcony).

That night we attended a student welcoming ceremony on one of the campus’s university building rooftops. Tiers of Spanakopita, roasted red pepper hummus, feta cheese, olives, and mouthwatering chicken gyros awaited our exhausted bodies and eager appetites. The directors of the conference, Dr. Simon Gray and Dr. Antonis Klidas, gave us a happy and warm welcome to Athens with words of encouragement.

Our first full day in Athens was dedicated to touring the Parthenon and Acropolis, which both constitute much of Athens’ rich history. We (the students) spent the following two days working in “breakout sessions,” in which we discussed the importance of youth participation and the role of globalization in redefining a changing political landscape. Entertaining such highly engaging discussions took a lot of brain work, but also brought us close in a very short span of time (which was fine by me–I’ll take philosophical dialogue over an icebreaker any day).

The opening reception for the Forum was held in the Zappeion, a massive marble colosseum, lined with towering pillars and an open rooftop. We arrived at the venue in our varying interpretations of the phrase “business casual,” bombarded with curious photographers and reception greeters who handed us our names on freshly printed badges with our names on them, labeled “delegates.” The event was out of this world. Think
Hunger-Games’-glamorous-capital-level-fancy. But maybe less silver confetti and starring more well-intentioned world leaders. My favorite moment of the evening constituted Times reporter Roberto Nieves, whom I’ve heard on many episodes of The Daily (a New York Times Spotify podcast), sauntering over to my table and offering me sparkling glass of champagne. I blurted out, “Yes of course!” We entertained a five-minute conversation on manners―I was thrilled. My memories of the entire evening are cloaked in elegance, gold shimmer, and a warm Mediterranean breeze. I texted my parents as soon as I got home: “I walked a red carpet tonight!”

The conference itself was an extensive exposure to politicians, journalists, human rights activists, and speakers I never fathomed meeting in my lifetime, much less in the span of a week.
Interviewers asked panels of NYT journalists about the role of fake news in conceptions of modern journalism. Roby Senderowitsch, a World Bank economist, responded to NYT correspondent Katrin Bennhold’s questions about reducing global inequality by calling for
benevolent policies to reduce disparity between countries. Brian Smith, president of the European, Middle East, and Africa group of the Coca-Cola Company, who participated in a panel discussion with four of my student colleagues, prescribed a genuine cooperation between the public and private sectors to achieve progress.

The entire week was unreal. Saying goodbye to the students in the delegation was surprisingly difficult, given our inseparability throughout the entire conference. We spent a week internally hyperventilating together about meeting such prominent leaders of democracies and being in such a cool place―and in the span of 24 hours, we were each back to our normal lives, just as we’d left them (the only thing that was different was that we were all now very behind in schoolwork).

We published our summaries of the policy discussions we overheard, and now our reflections are being published by the New York Times. Again—completely, totally unreal. I cannot thank my colleagues enough, for making the trip so enjoyable, the directors of the conference for welcoming us so warmly, and of course, Hope College and the Great Lakes College’s Association for making this venture possible. In the very real words of Kofi Annan, “Education is a human right with the power to transform.” I am unbelievably fortunate to have the ability to pursue my education at an institution that fosters values consistent with those of the individuals who spoke at the forum: peace, empathy, and a willingness to do good for the world.