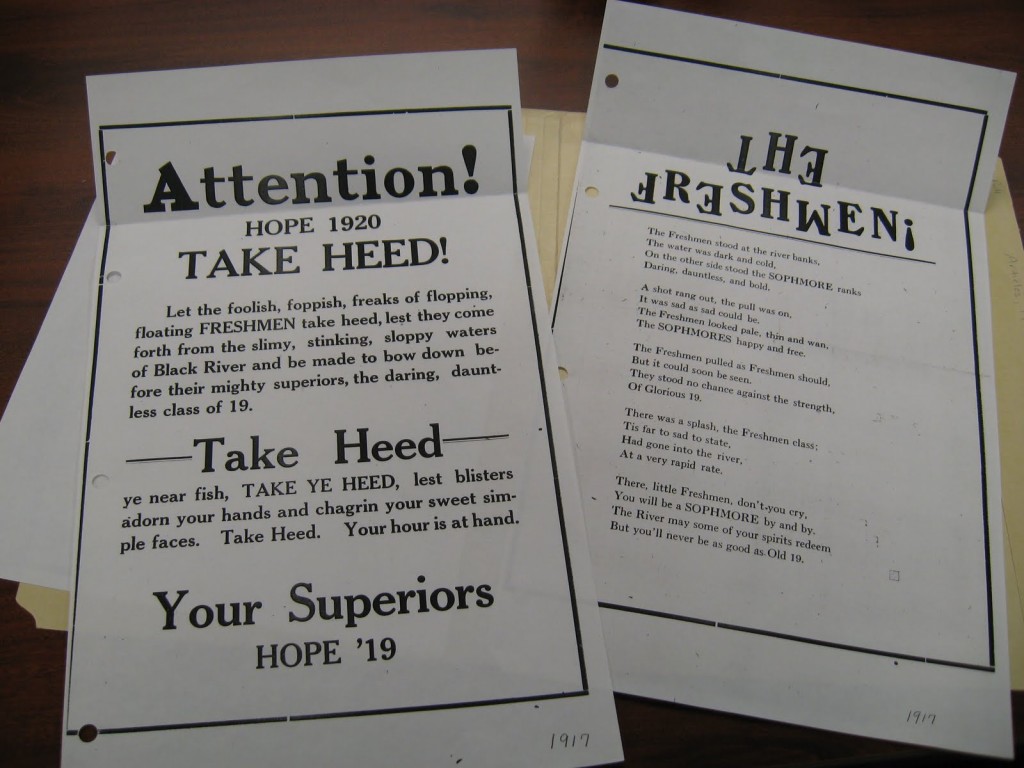 The Pull is a distinctly Hope College tradition that dates back to 1898. Interested in learning what has changed and what has stayed the same about Pull in the past 113 years? The Joint Archives of Holland contains a large collection of Pull memories, articles, and memorabilia dating back to the early 1900s. Here are some little-known facts about Pull:

– Pull was held on a Friday until 1993, and was once part of Homecoming activities.
– In 1974, the rope broke and Pull had to be rescheduled to the following Monday.
– Pull has been canceled four times: in 1918, 1943, and 1944 because of World War I and II, and in 1957 because of a flu epidemic on campus.
– Though Odd Year colors are traditionally maroon and gold, the classes of 1997 and 1999 wore silver and black instead.
– The traditional Pull shirts worn by pullers, moralers, and coaches did not appear until the 1970s.
– Local media often covers the Pull, but the Pull has also received national news attention more than once. The October 17, 1966 and September 2, 1996 issues of Sports Illustrated both featured articles on the Pull, and in 1997 USA Today ran an article on the 100th anniversary of Pull. The USA Today article is available through a search on LexisNexis and both Sports Illustrated articles are in the Joint Archives file or online here and here. 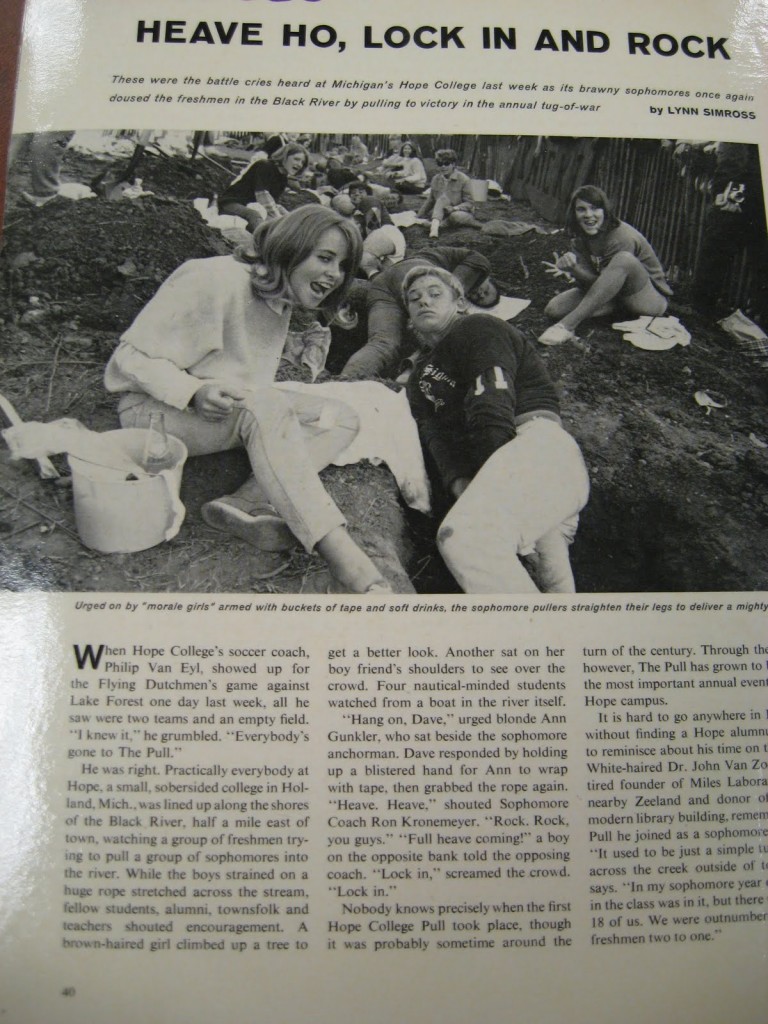