It’s Spring, which means it is ‘Project Time’ on the 2nd floor of the Library! The Media Services Desk is the go-to place to check out a GoPro camera, Chromebook, or an iPad. You can also purchase paper or simple office supplies.  Use the Ellison die cut or spiral binding machine or have an item laminated.  If 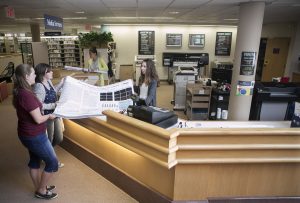 you are creating a poster for the Celebration for Undergraduate Research and Creative Performance, you will pick up your poster at the Media Desk. We also have supplies for trimming and mounting your poster on a trifold board. 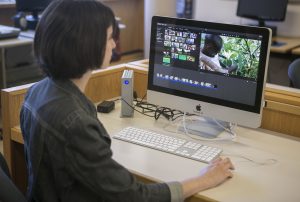 Do you have a final project and need a little help with digitization, formatting or finalizing? Come to the TechLab for assistance and access to scanning, color printing, and expanded software. Trained students are available for assistance whenever the Library is open.  You can get help with editing a video, creating a Google site or Prezi, formatting a research poster, or creating a screencast.

Lower your academic stress by planning ahead, starting early, and getting great help in the Library! Also, remember to sleep well, slow down and breathe! 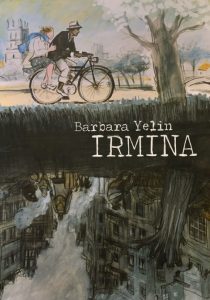 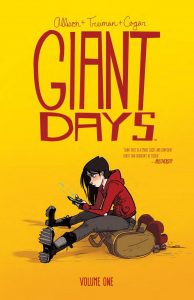 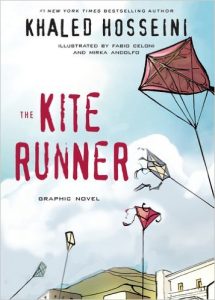 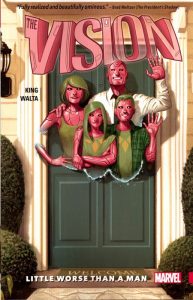 Drawn from the special collections of participating libraries across the country, Independent Voices is made possible by the funding support received from libraries and donors across the U.S., Canada and the U.K. Through their funding, these libraries and donors are demonstrating their commitment to open access digital collections. Produced by Reveal Digital, access has been arranged through the library’s membership with the Center for Research Libraries.

STUDENTS, faculty and staff: We have fantastic news!

You no longer need to deal with Facebook commenters or figure out how to view more than your allotted amount of monthly free articles when all you want is the (real) news.  With your .edu email address you can sign up for complimentary access to  The New York Times!  Use your hope.edu email address and choose a password.  You will receive a confirmation email with a link you must click to complete the subscription.

Also included are over 150 years of archives as they originally appeared; reproduced digitally. Search for important world events or see what was going on the day you were born. These archived articles are also easy to print making them perfect for primary source research.

Read the Times on the computer or on your Android or iPhone.  We also have answers to frequently asked questions.

Once you have a free academic pass, our license requires you to renew the pass annually.  Not sure when you need to renew?  We have all that information for you.

Do you remember a Research and Instruction Librarian coming in to your English 113 or FYS class?  Or maybe it was Chemistry or Political Science.  Your interactions don’t have to end in the classroom.  Our R&I Librarians are available right here in the library in a variety of ways. 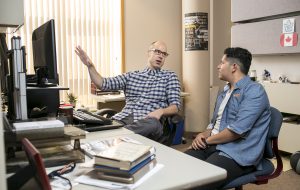 You can schedule an appointment individually or with a small group.  This is a great way to get started on a project, narrow your topic, and receive advanced, personalized research help. Often these will result in follow-up interactions as your research evolves. 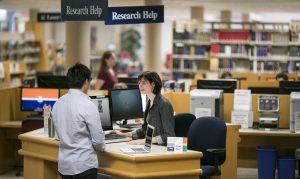 Stop in at the Research Help Desk!  It is always staffed with a trained student. Also, even if they aren’t sitting at the desk, our librarians are available Monday-Friday 8am- 5pm (except for the lunch hour) as well as Monday -Thursday evenings from 6pm-9pm and Sundays from 1pm-4pm. Our student assistants would be happy to connect you with one.

Short on time? Simply send an email and receive a prompt reply from a librarian.  You can also chat with the Research Help Desk staff while the library is open.

Make it a goal to let us help you this semester!

Zotero
An open-source citation management system, this is a tool to never leave home without. It allows you to save citations, PDFs, and websites with the click of a button. Citations can then be formatted in thousands of formats and integrated into both Google Docs and Microsoft Word. Zotero also supports group research and sharing.

LibX
A mighty toolbar for both Firefox and Chrome, LibX enables users to search library resources without ever leaving the webpage they are on. As a bonus, LibX will authenticate you if you are off-campus with a simple right-click on your mouse. 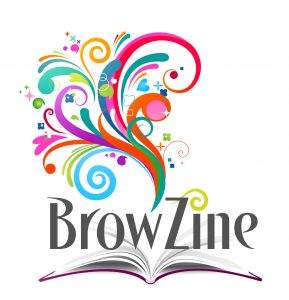 BrowZine
Want to know what the top journals are in your discipline? Need to be notified when the latest issue of Cell comes out? Love that your top journals are all available electronically but still want to arrange them on a bookcase? For all these reasons and more, BrowZine is a top choice for browsing/reading the journal literature.

What’s your favorite research tool? Please let us know in the comments or Tweet us @vanwylenlibrary!

To better support Hope College’s science programs, librarians at Van Wylen Library are excited to announce that Hope students, faculty, and staff now have access to the journal archives of more than 280 titles in the life sciences through the JSTOR Life Sciences Collection.

All these titles are more are now available at JSTOR. A full listing of available titles is also available.

Keeping up with the journal literature in your field just got a whole lot easier. Van Wylen now offers two solutions for staying current. 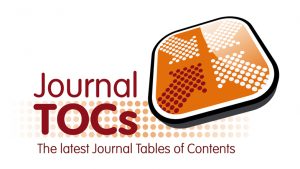 JournalTOCS is a current awareness service that enables users to create personalized lists of journals to view their latest tables of contents. By signing up for an account with your 1Hope email address, you will be able to build a personal list of journals for which you would like to see the latest tables of contents (either by searching by journal title, ISSN, or subject). You can view the tables of contents within your JournalTOCs account, receive alerts in your email, or read them in an RSS reader as soon as they’re published electronically. In addition to Van Wylen Library’s full-text journals, you can also view titles and tables of contents for the over 21,000 journals in the JournalTOCs system. If Van Wylen doesn’t subscribe to a particular title, our familiar
​ “360link” icon will take you to our document delivery/ILL request form. A convenient link for Zotero will also quickly and easily add the citation to your Zotero library.

BrowZine is also a current awareness service for journal content. BrowZine is restricted to journals to which Van Wylen holds a current subscription. With BrowZine (which includes a tablet app and a web version), users build bookshelves of journals they wish to follow by searching for a specific title or browsing titles by subject. Within each subject, BrowZine sorts journals by title as well as their SCImago Journal Rank. Because BrowZine pulls from only library subscriptions, full-text articles are usually included directly within the BrowZine interface. More information about BrowZine, including information on downloading the app, is available from our library guide.

If you have questions about these wonderful resources, contact Jen Holman, our Electronic Resources Librarian, at holman@hope.edu.

The first MeLCat request was placed twelve years ago today.  If you haven’t used MeLCat yet you are missing out!  425 libraries ranging from small public to huge research libraries lend books, CDs and DVDs that we don’t own here at Van Wylen.   You can get a book you need for research or a DVD of that TV show you’ve been wanting to catch up on.  The possibilities are nearly endless!

If you have any questions about this fantastic service, contact Michelle Yost at ill@hope.edu