On April 8, 9, and 10, Behind the Curtain will be shown in the main theatre in DeWitt.

Behind the Curtain is a student production, put together by Sara Gosses (’10) and Jeri Frederickson (’10), that combines Canopy of Stars, from the production The Great Game, and Motherland. Both are 2009 British plays that focus on the War in Afghanistan and its effects at home. Gosses and Fredrickson became familiar with the plays after spending a semester in London. 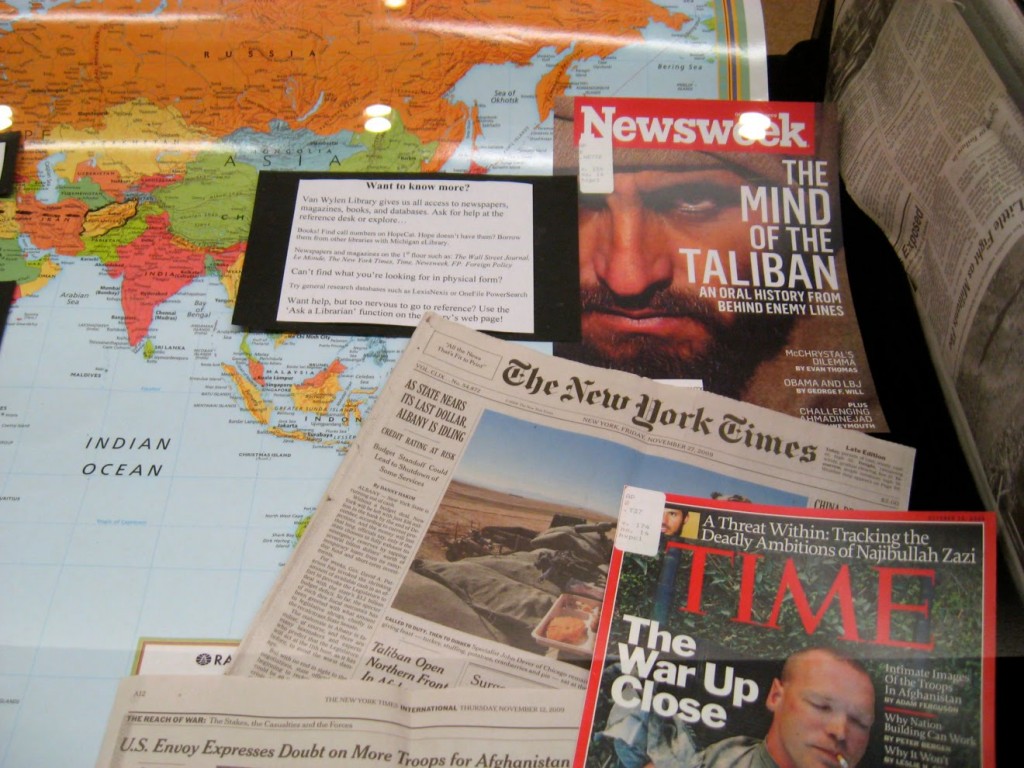 “Motherland had its premiere outside London in 2007, but it was remounted in a London theatre that Jeri was working at this past fall,” Gosses said. “She presented the script to me and I was instantly reminded of ‘The Great Game’ series that I saw at the Tricycle Theatre (in London).” 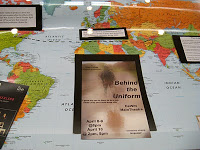 The Great Game is a series of twelve plays shown over three nights. Though Gosses didn’t see Canopy of Stars on the night she attended The Great Game, she and Fredrickson felt that it would be the perfect fit with Motherland.

“Canopy was the most feasible given our options for casting and it related very well to Motherland,” Gosses said. “After all the various types of scripts Jeri and I were looking at, it sort of fell into place surprisingly well.”

The current display in the library first floor display case highlights Behind the Curtain and the resources Gosses used in her research for the project. One of the things that surprised her the most was the amount of books the library had on the subject. 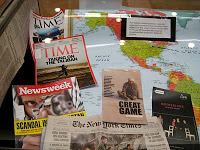 “The library had a remarkable number of current books on Afghanistan,” Gosses said. “I was actually surprised at how up to date they were. With how many students use databases and the Internet, I really appreciated that there were books available for resources.”

Interested in learning more about Afghanistan? Check out this LibGuide, which highlights library resources on this topic.