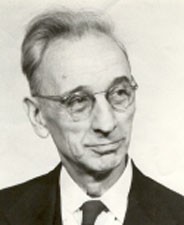 A.J. Muste, a prominent pacifist and labor activist, is one of Hope College’s most famous graduates. Muste was born in Zierkzee, the Netherlands in 1885 but moved to Grand Rapids with his family in 1891. He enrolled in the Hope Preparatory School in 1898 and entered Hope College in 1902, where he was a captain of the basketball team, editor for The Anchor, and valedictorian of the Class of 1905. Muste continued his education at New Brunswick Theological Seminary and in 1909 was ordained in the Reformed Church of America.

Muste remained in the RCA for five years before joining the Congregational Church. He ministered a congregation in Massachusetts until 1917, when he resigned due to a feeling amongst the members of the church that his anti-war stance prevented him from providing proper pastoral care to those who had lost family members in World War I. He and his family then moved to Providence, Rhode Island where he became more involved in anti-war work. As time progressed, Muste became active in labor movements to the point where he abandoned the original Christian foundation upon which he built his pacifist views in exchange for Marxist labor values. During a trip to Europe in 1936, however, Muste felt a call to return to the church and in 1937 became the director of the Presbyterian Church’s Labor Temple in Manhattan.

Throughout the rest of his life Muste remained active in pacifist movements, protesting World War II, nuclear war, the Korean War, and the Vietnam War. Muste died of an aneurysm in 1967 at the age of 82 just two weeks after he had traveled to Vietnam to see the effects of the war firsthand.

One of the ways that Muste is recognized at Hope College is through the annual A.J. Muste Memorial Peace Lecture. This lecture series began in 1985 on the 100th anniversary of Muste’s birth, and throughout the past 25 years it has brought speakers to campus that give a lecture on a topic of their choice, usually related to world issues such as war and peace. Dr. Brad Richmond of the music department, the chairman of the A.J. Muste Committee, said the goal of the lecture series is to provide the audience with a different perspective.

“The purpose is to simply open one’s eyes and ears to peace and be slower to rush to judgment,” Richmond said. “That’s why continuing the series is important, but we can’t just bring in activists and protestors. We also need to talk about the displacement and killing of citizens that end up being a part of war even though they didn’t have a say.” 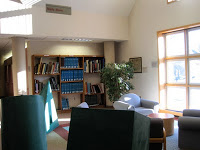 On the second floor of Van Wylen Library, a study alcove has been dedicated to Muste. This alcove features a unique sculpture created by John Saurer (’89) called “Stop, Look, and Listen.” This sculpture is made of a large cylinder, cube, and pyramid that feature a chalkboard surface so that those in the campus community can cover them with their own musings and reflections.

The library also has a number of resources related to Muste, including books and essays written by Muste and biographies about his life and work. The Joint Archives of Holland has a large collection of Muste’s works, letters, and personal library. Additionally, the Historical New York Times database contains numerous articles by and about Muste.