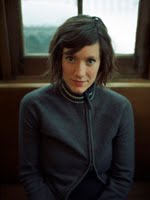 Susanna Childress has released two books of poetry: Jagged with Love and Entering the House of Awe. Jagged with Love received the Brittingham Prize in Poetry and the Devil’s Kitchen Reading Award from the University of Southern Illinois-Carbondale. A few of Childress’s poems can also be found through Literature Online. Childress studied English literature and writing at Indiana Wesleyan University and holds a masters degree from the University of Texas at Austin and a PhD from Florida State University. She has taught at Valparaiso University and Hope.

Bich Minh Nguyen is a fiction and nonfiction writer. She won the American Book Award in fiction in 2009 for her novel Short Girls. In 2007, she released a memoir-in-essays entitled Stealing Buddha’s Dinner, which received the PEN/Jerard Award and was named one of the best books of the year by the Chicago Tribune. Her works have appeared in several publications and she has also coedited three anthologies with her husband, novelist Porter Shreve. She currently teaches creative nonfiction, fiction and Asian American literature at Purdue University.

Childress and Nguyen will present a reading a 7 p.m. on the 17th at the Knickerbocker Theatre. There will also be a question-and-answer session with the writers at 3:30 p.m. that same day in the Herrick Room of the DeWitt Center.