In the spring of 2016, I spent a semester studying Mandarin Chinese in Taipei, Taiwan.  Before going, I was nervous and apprehensive, because I had forgotten so much of the language, and I was unsure how I would adapt to this completely foreign culture.  But I was put at ease upon arriving, as CIEE welcomed me in and made the transition smooth and effective. I spent my mornings in class, and afternoons exploring the city and looking at art museums for an elective.  Night life was also a huge attraction, and the area around Taipei 101, one of the world’s tallest buildings, was always brimming with activity. 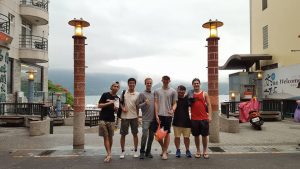 With CIEE, I participated in several team-bonding activities that included traveling to all the best locations in Taiwan.  We explored temples and churches and shrines, took road trips to Tainan in the south, and attended a Holi festival, where colored paint splattered the scene. 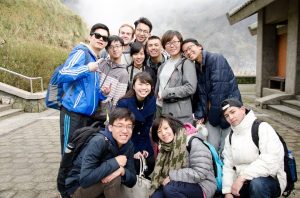 I made friends that will last a lifetime, and a network that spans the globe.  I had classmates from Thailand, Turkey, El Salvador, and Malta, just to name a few.  One of the things that struck me was how far-reaching US politics truly is: I’ve always known that what happens in our country affects the world, but it’s another matter entirely seeing it in real life.  Everyone was following our election, and everyone had strong opinions about what should happen.  I felt incredibly blessed to take part in this international community, and I will treasure the time I had in Taipei for years to come. 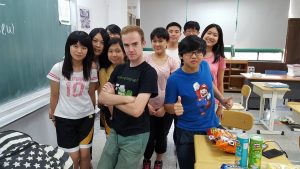