Skip to content
There’s something a little unsettling about opening a box from your publisher and in it are five copies of the book you wrote that you cannot read. 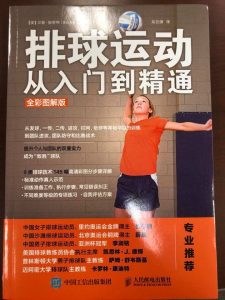 Twice now my book, Volleyball: Steps to Success (Human Kinetics), has been published into a foreign language (Greek and Chinese). On both occasions, the only recognizable characters were the ones that spelled out my name.  On both occasions I had to resort to Google or Facebook for help in identifying the language and target audience.

Both occasions left me feeling proud and grateful, but a little uneasy.  Did the translator have questions while working on this project and, if so, who answered them?  Did they get the translation right?  Was my worldview big enough when I was writing to include audiences around the world?  What am I supposed to do with 10 copies of a book about volleyball written in Greek and Chinese?

One of the reasons I was excited to write this book in the first place was the image of a parent reading it in order to help coach their child’s team; the image of a student in an activity class learning to love a new game they never had the opportunity to play competitively; the image of a young boy or girl unwrapping it as a present on Christmas morning eager to learn more about a sport they love.  Those are not images unique to those who speak English but occur in cultures around the world.  I am glad that they have access to this book and hope that it helps cultivate a love for sport and play that can’t be confined to specific characters or punctuation.

About the author:  Becky Schmidt (’99) is the Head Volleyball Coach at Hope College and an Assistant Professor of Kinesiology.  She first published Volleyball:  Steps to Success in 2015.