Next week, on June 23, British voters will participate in an historic event, the United Kingdom European Union (EU) membership referendum, popularly known as Brexit. At this moment polling reveals a razor-thin margin in favor of leaving.

British membership in the EU has been controversial since 1972, when the UK joined what was then the European Economic Community. In 1975, 67 percent of voters voted yes in a referendum on remaining in the EEC. Currently, “leavers” (also known as Eurosceptics) believe that a UK outside the EU would be better able to control immigration. There’s also hostility directed toward un-elected EU bureaucrats in Brussels making too many decisions for the UK, thereby undermining national sovereignty. As one leaver commented, “All that money we’re sending to Belgium and them telling us what to do.” Many people seem ready to vote for a Brexit even though polls show they also think that leaving will be risky for the British economy. 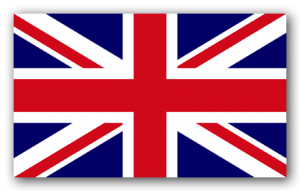 Britons who want to remain in the EU believe that departure would not only undermine their country’s economy but as well marginalize the UK’s role in Europe and globally. Younger Britons are generally comfortable with a multicultural society and prize the ease with which they can travel to or work in the 28 EU nations. A survey released last week by the Pew Research Center found that 57 percent of those 18 to 34 years old in Britain had a favorable view of the European Union, compared with 38 percent of people 50 and over.

Labour party voters favor Remain, while a majority of Conservatives prefer leaving the EU. Support for EU membership is high in Scotland, with 60 per cent backing Remain. There is talk that if Brexit passes, Scotland will vote to leave the UK and as an independent nation join the EU. Voters in Wales slightly favor Remain, while those in Northern Ireland are more pro-EU than any other British region—by something like a 3 to 1 margin. All this suggests how divided the United Kingdom is at this historic moment.

You can go to British Media Online to follow developments. Recommended sources include The Times; The Independent; The Guardian; The Financial Times; BBC News; The Telegraph; EU Observer.