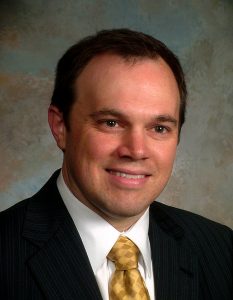 With the help of my eight-year-old son (Tyler) I was recently reminded that I like to travel. It’s a longish story, but here’s the short version.

When my wife and I moved to Michigan in 2008, our oldest son (Jackson) was almost five and Amy was pregnant with Tyler. The three of us had lived in Northern California, Kansas City, Texas, and Buenos Aires; and Jackson has traveled extensively—including a three-day layover in Miami on our return from a year abroad in Argentina. Tyler, born in Michigan at the start of my first full-time job in higher ed, did not travel nearly as much. What’s more important, nearly all of his Michigan friends and classmates have either been to Florida or have grandparents who winter there.

So, since he was about three years old, Tyler has been asking us to take him to Florida. I told him I’d try, and I did. I applied for various grants marginally related to my research. None came through, but I did learn that having your preschooler ask you if you got that grant application in on time and then, later, whether or not you’d heard back about it is a different kind of pressure from the normal pre-tenure anxiety. Finally, a little more than a year ago, I saw an announcement for a conference in Florida for which a paper I’d been working on would be a good fit. I applied—this time without telling my pint-sized academic coach—and last summer heard back that I had been accepted.

Amy and I didn’t tell Tyler until two weeks before the trip, which was November 2-5 and, in a meaningful plot twist, just before Tyler’s eighth birthday on November 6 (as an aside, Tyler got quite a kick out of various security and airline personnel wishing him a happy birthday after checking his passport). So, Tyler finally got to go to Florida. We stayed on a beach, and all it cost him was two hours sitting in the back of a hotel conference room listening to his father and three other people drone on about “Varying Approaches to the Political and Diplomatic History of Nineteenth- and Twentieth-Century Latin America: From Transnationalism to Populism.” Tyler is an excellent travel companion. We enjoyed the airports, he was happy to spend an unplanned night in a Newark hotel thanks to a weather delay, we played at the beach, and we ate a variety of junk food. He and I enjoyed trips to the local Zoo and Aquarium, and we went on a boat and saw wild dolphins. 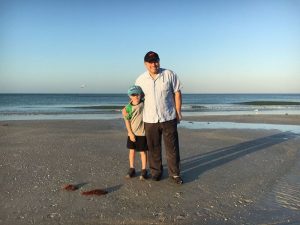 This trip gave me an opportunity to reflect on all of the travels I’ve made “for work.” My first academic conference, in fact, was in Amsterdam. You can imagine how the conversation with Amy, who was at home with a one-year-old Jackson, went when I explained the “necessity” of that experience. Here are some of the travel highlights that I’ve culled from my c.v.:

Dublin, Ireland: We took both kids to this one. Amy had been to Ireland with her grandparents when she was twelve, and we couldn’t pass up the opportunity to take Jackson when he was the same age.

Honolulu, Hawaii: This was thanks to a student whose project I mentored and who “needed” to make an off-campus presentation. The conference was a great venue for the work, and it was a great way to start my sabbatical semester. Amy came along, and the two of us spent a lot of quality time on the beach.

Geneva and Zurich, Switzerland: I was able to leverage presenting at a workshop to gain some valuable time at archives that I had wanted to go to but assumed I’d never be able to visit.

Montreal, Canada: Nice city, wish I could come up with work reasons to go back. Great conference.

Melbourne, Australia: Amy and I figured the odds of our ever going to Australia again were pretty minimal, and so we took advantage of a conference opportunity and dropped the kids off with Grandma. They wanted to go, but we told them they have full lives in front of them. We got to take a picture with a koala, which apparently you can’t hold (they get too anxious, which lowers their life expectancy).

Cambridge University, England: This took some creative fund-raising from chairs, deans, and a provost, but I made it happen. The conference itself was amazing, and I made a lot of useful connections. I need to get to Oxford to make a good comparison…

I have of course been to all manner of domestic destinations: Omaha, Chicago, Waukesha, Milwaukee, Boston, Scranton, New Orleans, Minneapolis, Washington, DC, San Diego, etc. It’s always fun to go places, and I think there is something to be said for the conference experience pulling you out of the comfort zone of “home”. It enlivens the brain’s ability to make connections and think about things from different perspectives. It also helps that I like hotels and airplanes and airports. Some people don’t. I’ve also so far managed to stave off any jadedness that comes from the realization that all of these places are actually quite similar. Globalization is real, particularly when one travels for brief periods to conference hotels, meetings rooms, and downtowns. Still, it’s one of the perks of the job.

In the end, I’m glad I got to take Tyler to Florida and that I got to remind myself how fun traveling can be. Left to my own devices, I’d hunker down for the workshop or conference and then slink back to the hotel room to try and become less behind on grading and email. An eight-year-old isn’t content to look at the program and circle the presentations he wants to go to. Far from it.